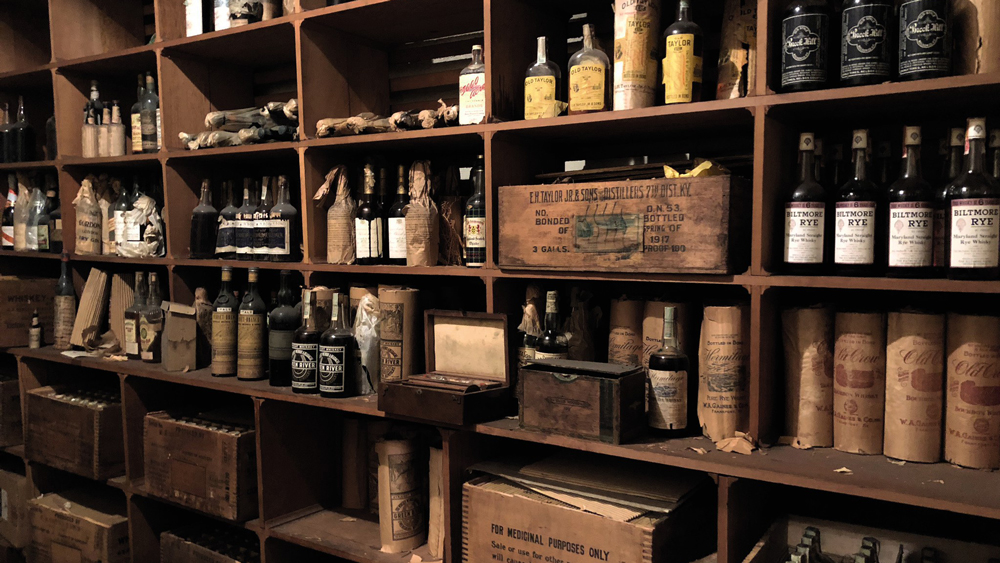 In honor of the repeal of the prohibition of alcohol in the United States 85 years ago today, we’re taking a closer look at Christie’s final wine sale of the year. The Finest Wines and Spirits sale—part of the auction house’s Luxury Week sales, which also includes watch, jewel, and handbag sales—will be held in New York on December 7. The end-of-year blowout will include not just amazing wines but also fascinating spirits from around the world, including some rare, recently discovered pre-prohibition whiskey.

There will be just under 800 lots crossing the block at the Friday auction, which are divided between a daytime wine sale and an evening Madeira and spirits sale. The earlier sale will comprise a selection of fine wines including rare Burgundys, Rhône vintages, Bordeaux, and California wines. Still looking for incentive? Standout lots like three bottles of Henri Jayer Richebourg 1985 (estimated between $30,000 and $40,000) and 12 bottles of Pétrus 1966 ($15,000 to $19,000) should be enough stir your inner oenophile.

The Madeira and spirits half of the sale will include some demi johns of the fortified wine discovered in the collection of the Liberty Hall Museum, which occupies the former home of U.S. founding father and constitutional signatory William Livingston. (Madeira was very in vogue at the time of the nation’s founding.) The collection even includes rare bottles of 18th-century Lenox Madeira ($6,000 to $8,000).

But perhaps most fascinating of all of the lots is a cache of vintage spirits that were recently discovered in the West Coast properties of Jean-Baptiste Leonis, who had hidden the hooch in secret vaults he had installed. As a banker by trade, he was able to add these vaults to various properties he owned before prohibition passed without raising an eyebrow. The vaults were hidden bookshelves and secured with combination locks (a bit harder to get into than these speakeasy bars). In total, more than 40 cases of bonded spirits from before prohibition were recovered from his various hideaways, such as Hermitage from 1914 ($7,000 to $9,500), Old Crow from 1912 ($8,500 to $10,000), and Biltmore Rye ($5,000 to $7,000), which was a special distillate bottled for the Biltmore Hotel in Los Angeles.