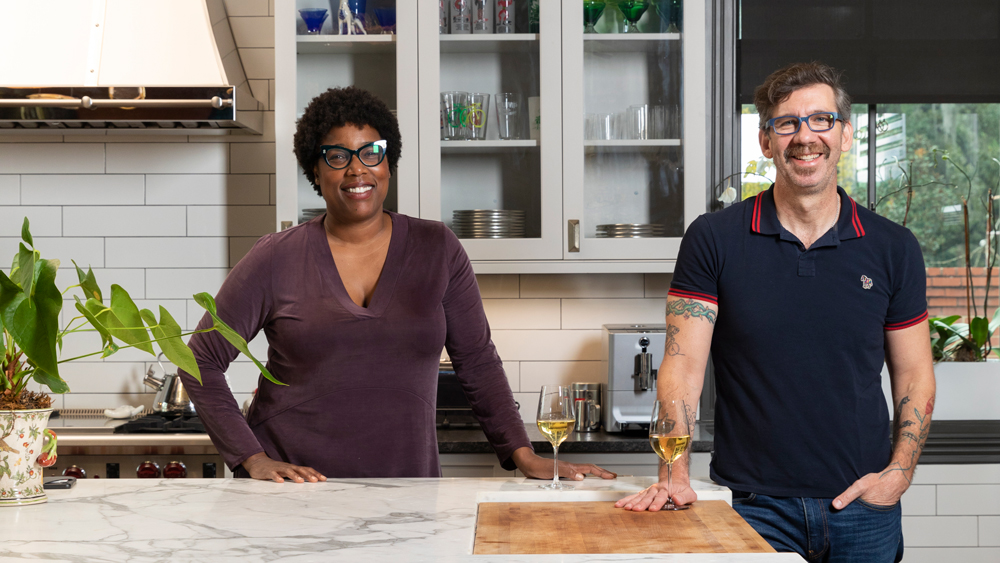 At The Grey in Savannah, Ga., Mashama Bailey serves what she calls Port City Southern food—a cuisine that’s rooted in Southern ingredients but not closed off from the world that has passed through this old coastal town. Before The Grey opened, her business partner John O. Morisano longed to be serving Italian, not Southern. Bailey got Morisano to come around, and we’re glad she did. Bailey won the James Beard Award for Best Chef: South in 2019 and has helped shine a spotlight on Southern food and the contributions of African Americans to the cuisine.

And over the years, these business partners who opened a restaurant that is built inside a segregated Greyhound bus station built in 1938, have become friends as well. In their new book, Black, White, and The Grey, they delve into that relationship. They aren’t doing the straightforward kind of cookbook you’d expect. Yes, there are recipes, but the pages are filled with the two having a dialogue about their background, their journey together to create and evolve the restaurant, Savannah and race in America. In this episode of Robb Report Culinary School, Morisano and Bailey discuss their book, what they’ve done to endure Covid-19 and plans for expanding to Austin later this year. And while they’re chatting, Bailey shares a recipe from the book and shows how to make her take on the wings she and Morisano ate together at the Crystal Beer Parlor right after she first moved to Savannah.