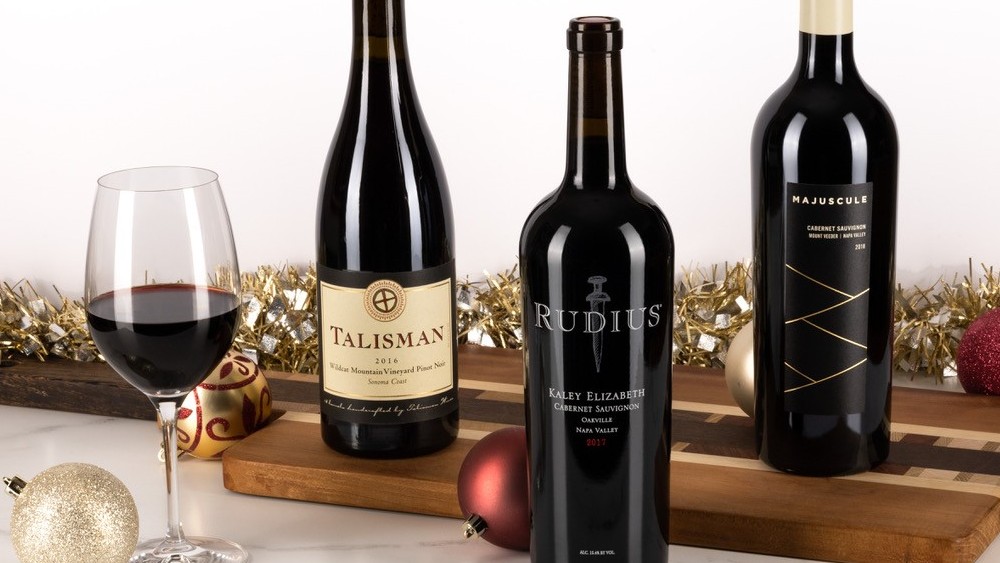 The 2017 Napa Valley vintage is one that few winemakers there will forget. The Tubbs Fire ripped through Sonoma and Napa in October, taking 22 lives and destroying countless vines. While many vintners lost fruit to either flames or smoke, many others already, thankfully, had their grapes in. I toured the area a month after the fires had been quashed, and several hillsides were still smoking, the vines cooked down to their roots, blackened into smoking sticks, surrounded by white and gray ash.

As tragic as that vintage was for many who lost homes and livelihoods, the wines that were made that fall are actually quite spectacular—as evidenced by a bottle of the 2017 Kaley Elizabeth Cabernet Sauvignon from Rudius. The fruit that went into this wine came from 30-year-old vines planted on a west-facing hillside plot in eastern Oakville, just above the Silverado Trail.

“Everyone remembers the vintage from the fires, but what they forget is the heat wave that hit before the fires even started,” says Rudius winemaker Jeff Ames. “The site for the Kaley benefitted from the older vines with their deeper roots and also the more old-school Napa planting style, where the vines have more canopy hanging to protect from the sun. That protection allowed us to pull the fruit in like a normal vintage without any ill effects. The site for the Kaley is always an early site with its more western exposure, so the fires were no issue at all for us on this, and the fruit was in well before the fires.

“The Kaley was actually in barrel and through fermentation when the fires started,” Ames adds. “As long as the fruit in 2017 was in before the fires started, the wines from ’17 are pretty gorgeous, maybe more red fruited and slightly higher acid than the black fruit vintages of 2016 and 2018 that surround 2017.”

Aged for 22 months in mostly new French oak, the 2017 has already spent a year in bottle, softening some of the tannins, and it will continue to age with grace, becoming even more sumptuous after a 3-to-18-year rest in your cellar. Sadly, it is the last vintage of the Kaley Elizabeth that will ever be made.

That bottle, along with two others, is part of Robb Report‘s 672 Wine Club’s Holiday Edition. Happily, if you like it as much as I do, members can order more here. You’ll already get two bottles of it in your quarterly shipment if you’re a member (we include one to drink now and one to cellar), but just in case you want to give a bottle as a gift or bring several to a holiday gathering, we have a limited number of extras.

I admit that when I first poured a glass, I sat with it for about an hour, just sniffing the beautiful wine inside. It changed, going from roasted game bird to more fruity and herbal scents, but, oh, it was hard to put down. And on the palate, it was even more interesting and alluring. Lean for Cab, with tannins softened by a year in bottle, it was so drinkable already, with the ideal balance of acid and fruit plus lots of warm spices in the flavor mix. Ames knows what he’s doing—he has gained acclaim for the 100-point Black Magic wines he makes for Tor—but Rudius is his personal project, made in small quantities. This Kaley was limited to just 180 cases, so you won’t find it on the critics’ lists or in your local wine shop. But you’ll wish you could.

Not to be outshone, the 2018 wines from Napa are being compared to the highly collectable 2012s. The long, ideal growing season was free of drama (unlike 2017) and allowed the grapes to ripen slowly, with a fine balance between sugar and acid. The Majuscule 2018 Cabernet Sauvignon shows off this symmetry, plus the mouthwatering dark fruit its appellation on Mt. Veeder is known for. The fruit for this wine comes out of Wildcat Vineyard, which sits at 1,800 feet. That elevation stresses the vines and concentrates the berries’ flavors. These vines were planted in the 1990s, so they have some age on them, producing rich, intense grapes with soft tannins with the potential to age for 10 to 15 years.

In this shipment, we’ve also included that ultimate food-pairing wine, a Pinot Noir, from a Sonoma winery obsessed with making Pinots—Talisman. Scott Rich, owner and founder, earned his wine-geek cred working as a research enologist at Mondavi and a few other spots. Since 1993, he has been making very small amounts of single-vineyard Pinot Noirs, focusing on the microplots and allowing their individual terroirs to shine through. Sonoma’s Wildcat Mountain is a favorite for making Pinots: It’s one of the highest points in the AVA, with rocky volcanic soil and exposure to fog, which the grape loves. Rich takes another fun step with this Talisman 2016 Wildcat Mountain Pinot Noir by aging it in barrels sourced from five different coopers to add layers of complexity.

The result is a wine that smells like a Burgundy but tastes like a pure Sonoma Pinot Noir, with a balance of bright-red fruit and mineral notes as well as some surprisingly spicy notes of jalapeño. Cedar, black-tea and balsamic flavors add to the rich layers that keep evolving from sip to sip. Just 314 cases of it were made.