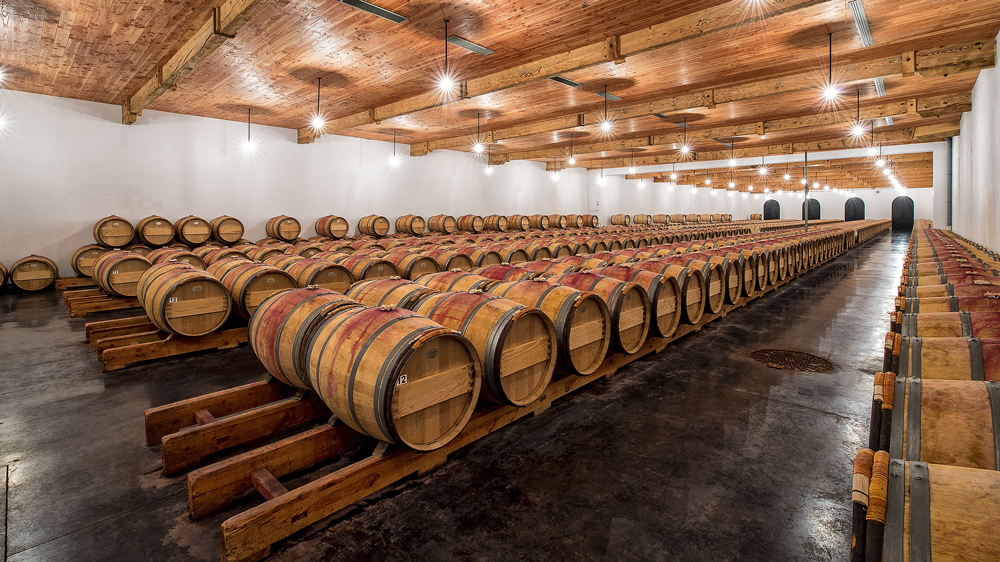 The glasses arced in front of me hold barrel samples of 2019 Bordeaux, as so many glasses in spring through the years have held the first tastes of the vintage harvested just the fall before. It’s a tradition—tasting “en primeur”—that has served Bordeaux producers well for many decades. Buyers and media representatives descend on the region in late March to early April, making tracks among châteaux to evaluate the quality of the vintage from barrel and speculate over its success in the marketplace. Whereupon prices are set, and deals are struck. The finished wine will be delivered two years in the future, when collectors can finally tuck them in their cellars, presumably having paid less per bottle than they would be on the hook for then (a complicated calculous, to be sure).

But today I’m not rubbing elbows with wine elites in Bordeaux. I’m in a conference room in Oakland, California, tasting with Gregory Balogh, president and CEO of Maisons Marques & Domaines USA, and Xavier Barlier, SVP for marketing & communication. The samples have been sent by Château Pichon Longueville Comtesse de Lalande, a so-called “super-second,” an unofficial term for a producer that punches above its weight as a Second Grand Cru Classé in the famous classification of 1855. The US importer handles Pichon Comtesse and its Bordeaux sister, Château de Pez, as well as the rest of the brands owned by the Rouzaud family of Louis Roederer.

Such is the new normal for En Primeur this year. In the face of Covid-19, the enshrined tradition has been turned on its ear, and instead of hosting wine professionals for tastings (and indulgent lunches and more elaborate dinners), Bordeaux producers are sending barrel samples to prospective clients and select media in the far corners of the earth, and often then jumping onto a Zoom call to approximate a discussion of the wines that would have occurred in real time in years past.

As you can imagine, there’s no shortage of controversy about the soundness of this remote barrel tasting. One of the world’s most prominent wine authors and critics, Jancis Robinson reportedly declined an offer of 140 samples from the Union des Grands Crus de Bordeaux, writing on her site, “I am extremely concerned about the wisdom of shipping unstable, unfinished six-month-old wine around the world in summer temperatures. You have only to track a parcel with a courier company to see just how tortuous a journey most of them take, and how many people handle each consignment en route. There is the health of the wine and the health of the recipients to consider.”

Nevertheless, I’m going forward. Back at Maisons Marques & Domaines, we start with the 2019 Château de Pez, a Saint Estèphe property. With bright, intense fruit and tight (but managed) tannins, it’s a classic—and with a price they announced later as $24.50 (suggested retail, $31.50), it’s something of a “best buy.” The Pichon Comtesse 2019 Réserve, the Pauillac château’s second label, is beautifully aromatic with high-toned violets, dark fruit, herbs, tobacco and crushed rock—powerful, but with soft tannins. And the Pichon Comtesse flagship is deep, complex, and savory, with layers of licorice, crushed herbs and tobacco under lovely florals. The palate is concentrated, with cassis, dark berry and plum shot through with veins of spice and wrapped in downright plush tannins. The damaged-sample risk has passed us by: These are all completely sound.

Where the Pichon tasting could have been happening.  Photo: Château Pichon Longueville Comtesse de Lalande

And if the wines are an indicative cross section, 2019 is shaping up to be a classic, beautifully balanced vintage. Saskia de Rothschild, the dynamic young CEO of Domaines Barons de Rothschild (Lafite), describes it as “extremely pure. It sent its message loud and clear,” she says, “from the first time we tasted the vats. It’s a story of adaptation to heat and of balancing of extremes that led to a beautiful monster both in strength and restraint. It reminds me of the 2010, and I can’t wait to see how it grows. I’m sure that we’ll debate between 2018 and 2019 like we did between 2009 and 2010 in years to come.”

The burning question is: Where will the top châteaux set their prices for 2019? It’s a trickier business than usual this year. First, there’s the issue of tariffs: Last fall the US levied 25 percent against most French wines (as well as those from several other EU countries), and now higher fees are on the table. (It’s a complicated, two-issue debate—fodder for another story.) Tariffs aren’t paid until the wines enter the country; still, nobody knows what the economic and political landscape will be in 2022, when this vintage arrives. In the meantime, there’s no underestimating the devastation of the coronavirus pandemic on the market. Not only have the health crisis and its ensuing economic pain put the kibosh on primeurs tasting in Bordeaux, but they’ve also effectively tanked (if only temporarily) collector and consumer confidence alike.

A vintage stops for no crisis, though, and prices are trickling out, for the most part 15 to 30 percent lower than those for 2018. Domaines Baron de Rothschild’s First Growth Château Lafite, even though short on volume, has been set at 426 Euros per bottle (about $475), down more than 15 percent from 2018. (Critic James Suckling gave the wine 99 to 100 points, and The Wine Advocate’s Lisa Perrotti-Brown MW, 97 to 99.) “This needed to happen,” says Gregory Balogh. “This is Bordeaux saying, ‘We don’t know what’s going to happen, but if it’s the worst case for taxes, the price will still be reasonable.” Balogh’s advice, about this “straightforward, classic vintage,” as he calls it: “The dollar’s strong, the prices are right. We may never see this opportunity again.”