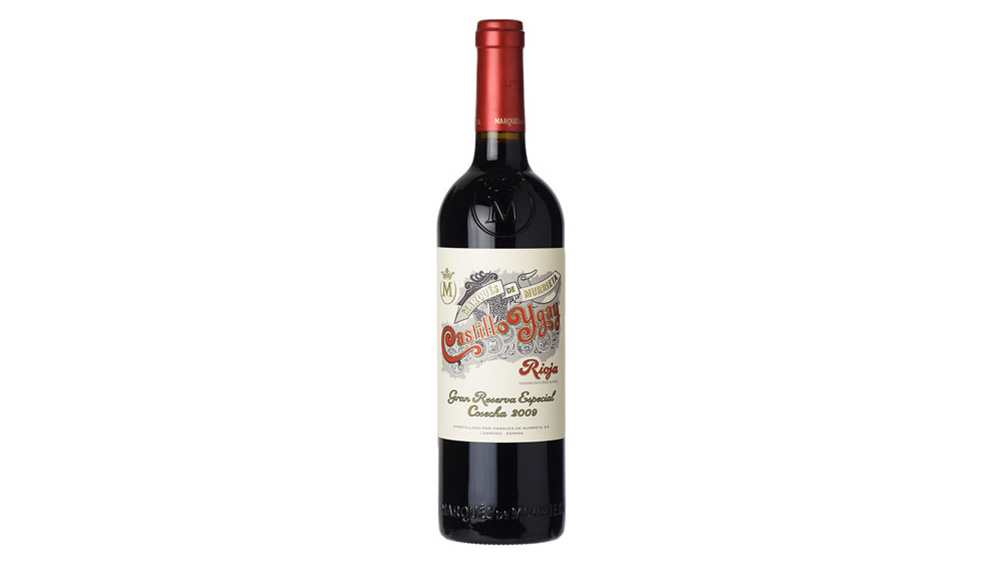 In North Central Spain, Rioja claims to contain more wine barrels than any other region in the world. Verification on that is a little hard to come by, but those barrels are surprising for another reason too: A very large percentage of them are made of American oak.

Juan and Isaac Muga, of historic Bodegas Muga, explain how that came to be, in a place just a stone’s throw from France, and it involves more than a little old-fashioned protectionism. It seems there was a time, at the turn of the last century, when “only French citizens were allowed to buy French oak. But Spain had regular trade routes with Cuba and the independent American colonies, so achieved a regular flow of American oak.” This is no small thing, because the wines of Rioja—legends of longevity—have traditionally derived their character from years spent in wood, and the telltale whiffs of vanilla and spice they picked up from our oak became an integral element of their profile.

In a unique way, the quality of Rioja wines (both red and white, but our focus is on red here, made primarily from Tempranillo) is defined by age. Beyond a general classification, which has no requirements, three tiers mark traditional ascending importance: In broad strokes, Crianza wines spend at least one year in barrel and another in the bottle before being sold; Reservas, made from more highly selected grapes, are aged a minimum of three years, at least one of which is in oak; and Gran Reservas, made only from great vintages, must be aged at least two years in oak and at least two more in the bottle before being released. The classic profile developed through the process is a delightful marriage of earth, balsamic-tinged red fruit, appealing acidity (which keeps the wines fresh through the years), rounded tannins and spice.

Of course, no great wine region escapes controversy. Toward the end of the last century, many younger Rioja winemakers felt the need to chase changing international taste in ways that bucked the years-in-oak regulations for great wine. They picked later for riper fruit flavors, kept their reds on the skins longer for rich color and extraction, and brought in more French oak, integrating it more quickly. And cult wines were born.

Still, the traditions remain, and recent tastings of Reservas and Gran Reservas available in the marketplace here show lovely compromise between classic earthiness and evolved flavors with rich fruit and power. And at every level, these bottles deliver great winemaking for the price.

A complex layering of aromas on the nose of this Gran Reserva from Beronia unfolds with time in the glass—damp loam and licorice broadening to warm spices (including a little cinnamon lurking around the edges), then forest notes and dark plums. The spice theme continues prominently on a fresh, youthful palate brightened with citrus-like acidity. An impressive tannin structure emerges under plum and berry fruit, adding to the wine’s concentration and appealing rusticity.

With an oversized yum factor, this Reserva from El Coto is a terrific deal. Vanilla from American oak pops on the nose, joined by notes of cedar and a whole rack of spices. Mouth-filling fruit and textures follow—plum, cherry, raspberry, violet and more spices layered with muscular tannins.

An interesting mix of oak marks this juicy Reserva from LAN—14 months in French, then 8 months in Russian. Earth meets a fresh, briny breeze on the nose, wrapping around cassis, plum, warm spice and lovely minerality. The palate makes this a real sipper, with red berry and cherry flavors touched with mocha. The finish is long and satisfying, with a great deal of elegance for the price.

This young and lively Reserva from Muga offers a lot of delicious wine for the money. High-toned floral and herb aromas mingle with dry loam, hints of vanilla, forest notes, anise and a pleasant minerally salinity. Juicy berry flavors pop on the spicy palate and linger long with supple tannins on the finish.

Many of us know Marqués de Cáceres for its Crianza level—an affordable go-to barbecue treat we found at Trader Joe’s back in the day. But bump up to this Gran Reserva, and you still have a deal, with tangy red fruit just beginning to show an evolved balsamic character. Crushed herbs, lovely florals, and a pleasant salinity lead on the nose, followed by hints of mocha, toasted spice and vanilla (some new French oak talking). Still-fresh and lively plum and berry flavors are carried across the palate with interesting textures, into a lingering finish.

From a warm year in Rioja, this Castillo Ygay from Marques de Murrieta is rich but still beautifully fresh, managing appealing rusticity and elegance all at once. Dusty berries top a deep and concentrated nose layered with anise, spice, and hints of florals. Mouth-filling, chewy tannins—a serious backbone—carry strawberry and red plum along with savory herbs and spice through a long, fleshy finish.

The classic nose on this Gran Reserva from Marqués de Murrieta opens with red earth, warm spices and lovely dried florals. Plush, ripe plum and berries fill the mouth on a palate that straddles the line between elegance and a big yum factor. Tobacco leaf, toasted spice, and a little orange zest layer under the fruit—all structured with polished tannins.

An earthy, loamy, old-school nose opens on this 16-year-old Mirto from Ramón Bilbao. An herbal quality edges dark berries, spice, and black pepper. The wine’s palate—in a sweet spot—is just starting to unfold, with bright and juicy red and black fruit balanced with licorice and tobacco leaf. This one is highly textural and concentrated—chewy, spicy and powerful.