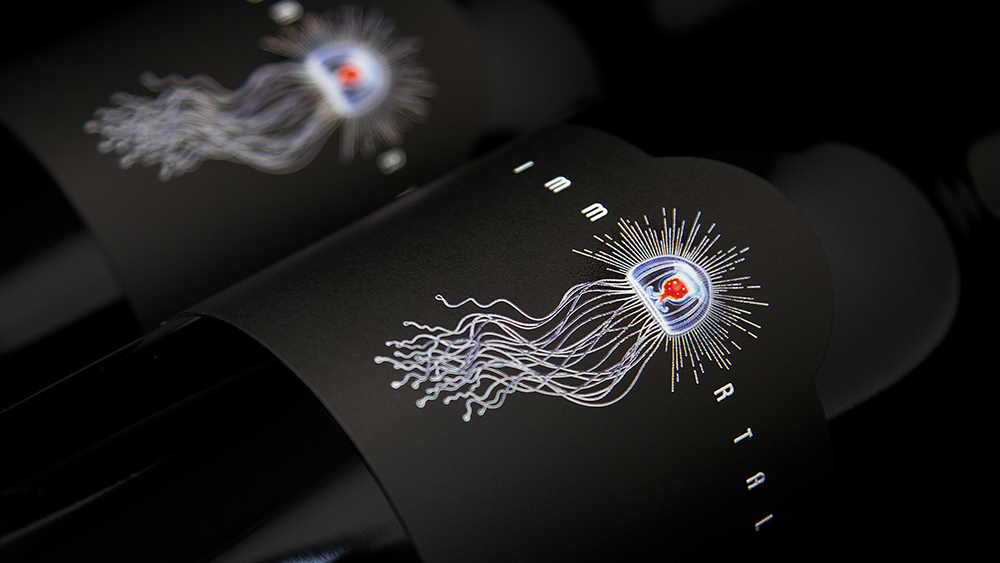 Among the dozens of perfect-100 scores Robert Parker Jr. awarded the 2013 vintage, one went to an almost-unknown Cabernet. Parker said this in The Wine Advocate: “This wine is nearly immortal, drinking well young, and for those with the patience and wisdom to wait 25 to 35 years, a legacy wine from Sonoma.” For many Cab connoisseurs, this “Impassable Mountain” from the former Hidden Ridge Vineyard was a revelation, not only because the winery was obscure, but also because of that last bit—the wine was from Sonoma.

For his part, Tim Martin, who, with partner Randy Nichols, acquired the property in 2017, is excited to tell the world that Sonoma can produce world-class Cabernet Sauvignon. “This is a wine about place,” he says. Parker might have discovered the wine, but it was the site Nichols loved. Tucked on the steep slopes of the Mayacamas, these precipitous vineyards—in 25 small blocks—undulate around knolls and ridges, creating a bowl of sorts. According to Martin, air from Sonoma’s Petaluma Gap is drawn in and caught here in a cooling swirl.

These are, in fact, vineyards that could never be planted today. Topping out at 55-degree slopes, they’re way too steep for new regulations. But the variations in elevation and aspect they create translate, as far as Martin is concerned, into complex wines, wines that could come from no other place.

Martin, known in wine-collector circles as the partner (with Philippe Melka) in top-rated Tusk wines, has rebranded Hidden Ridge as Immortal Estate, and his goal—with winemaker Timothy Milos, who has been with the vineyards through their Hidden Ridge years and who Martin describes as a “nerdy chemist”—is nothing short of producing the best Cabernet in Sonoma. But to do that (Parker’s 100 for the ’13 notwithstanding), he says, investment is called for. You have to put substance behind a goal like that: Nutrients need to go back into the land, parcels need to be replanted, practices adjusted in the vineyard . . . Some things in these wild hills defy taming, though. Vineyard manager Juan Servin, also a seasoned part of the team, recently sent out a cryptic warning: “Be careful—there’s a bear roaming around out here!”

Immortal Estate’s 2014 signature Impassable Mountain Cabernet Sauvignon ($303—Martin isn’t fond of round, straightforward numbers) is a dark, complex beauty, seesawing between savory and sweet notes. Blackberry aromas are layered with haunting florals and earthy crushed rock, while generous red and black fruit on the palate is layered with cedar and spice and balanced with a powerful, grippy structure.

The 2014 Slope Cabernet might be slightly more approachable at an early age, but it harbors its own share of complexity—beautiful violet and cassis aromas followed by a silky (but powerful) palate of ripe berries, savory herbs, baking spice, and dark chocolate (a terrific deal at $97).

Which brings us to jellyfish. (You’d expect talk of jellyfish in a piece on Cabernet, right?) It turns out there’s a minuscule species with the capability of reverting to its primitive, polyp stage and then forming a new polyp colony, theoretically living forever. The striking likeness of the Immortal creature on the black bottle, glowing as if lit from behind, connects the dots for Martin—the longevity of the wine described by Parker, the ability people have to live on when they invest in others . . . and the immortality we approach when we create certain things. “Bottles of wine,” says Martin, “are time stamps.” These particular bottles have the stamp of impossible, impassible slopes high on the Sonoma side of the Mayacamas Mountains. The Immortal Collector Pack ($1,414), which includes an etched magnum and two 750s, would certainly make that memorable.