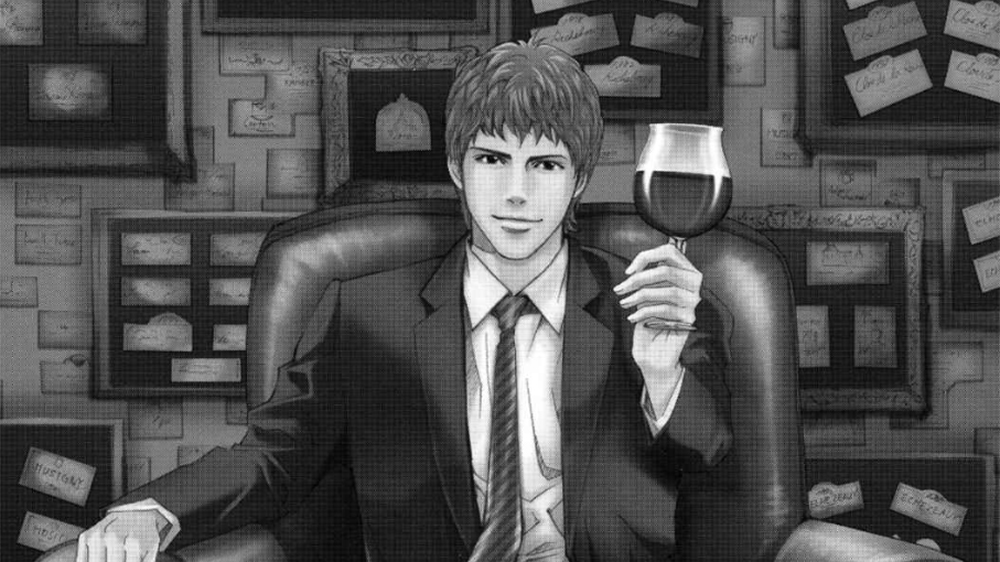 Japanese comic fans have a slightly more adventurous palette than their American counterparts. Whether you’re an ambitious high school basketball player, a rabid board game fiend or an exhausted salaryman, there’s probably a manga series or three out there for you. But one of the country’s biggest hits is also its most unlikely: The Drops of God does not center around a superhero; it’s about the world’s best wines—and it’s so wildly popular that Amazon is giving it a digital debut in the US.

Written by Tadashi Agi, a pseudonym for siblings Shin and Yuko Kibayashi, and drawn by Shu Okimoto, the mega-popular manga series ran from 2004 to 2014. Spanning 44 volumes, the series tells the story of Shizuku Kanzaki, a young man thrust into heated competition with his adopted brother over the family legacy and inheritance after their father, a noted wine critic, dies. Their task, as outlined in the elder Kanzaki’s will: to identify and describe the 13 wines—the last of which is dubbed “The Drops of God”—he believed to be the best from around the world.

While The Drops of God is known for its dramatic, globe-trotting storyline, it’s also famous for only featuring real wines, whether that be a 2001 Georges Roumier Chambolle Musigny or a 1994 Château Lafleur. In a recent interview with Wine Spectator, the Kibayashis, the authors of a number of other popular manga series, explained that they wanted their series to be just as authentic as it is entertaining.

Panel from “The Drops of God”  Comixology Originals

“Every single wine introduced in the manga was tasted by us, and they had to pass a certain standard,” they explained to the magazine. “We didn’t want to introduce wines we personally found unattractive.”

During its initial run, The Drops of God proved to be so popular, that it had an actual impact on the international wine market. It was translated into Korean, Cantonese and French, among other languages. In Japan, wine ads boasted about appearing in the comic, while Korean companies bought the bottles featured in the series to educate employees. It was even called one of the most influential wine publications in decades by Decanter magazine.

Panel from “The Drops of God”  Comixology Originals

While Amazon, thanks to a collaboration its comic platform Comixology and manga publisher Kodansha, is giving The Drops of God its digital debut, the first eight volumes were previously published in physical format in the US by Vertical. These out-of-print volumes have been re-edited and given new cover art as part of the digital release. Volumes one through 11 of the series are now available through the Comixology Originals line of exclusive content and can be purchased or read at no additional cost to existing Amazon Prime, Kindle Unlimited or Comixology Unlimited subscribers. The remaining 33 volumes will follow over the course of the next year.

To accompany the digital release, the Kibayashis have teamed up with vintner Peter Chiang to create The Drops of God Wine Salon, a “thoughtfully curated wine club.” The first two club events will be held in Napa Valley on October 20 and in Beverly Hills on October 21.