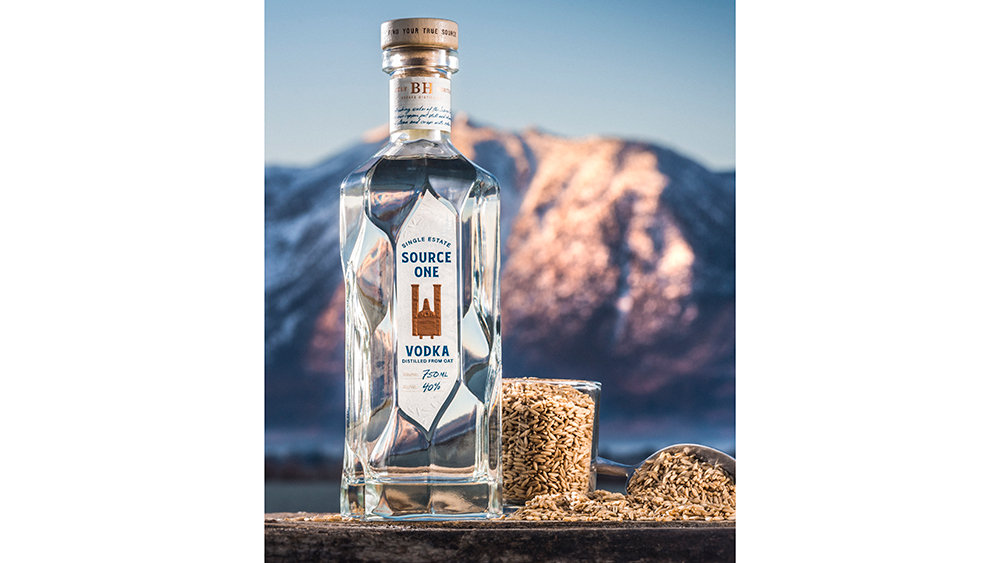 In the historic, high-desert town of Minden, Nevada, a stone’s throw over the Sierras from southern Lake Tahoe, a paradox of a distillery has just opened its doors (and is bringing its first products to market). The contradictions lie in the operation’s blend of deep nods to tradition—the restoration of some of the town’s most important early buildings, the passion for Scottish single malts—combined with entirely modern distilling know-how and systems. And in two rickhouses on the property, barrels are filling, with the goal of creating an American single malt brand on a scale that doesn’t exist yet. In a sense, Bently Heritage Distillery is a category in the making.

Long in the making, actually. The vision is that of Christopher Bently—who grew up playing in the abandoned flour mill that now cornerstones the Bently Heritage campus—and his wife, Camille Bently. The restoration of the old Minden Flour Milling Company, once the largest operation in the state, is the work of someone rather obsessed with historic detail and willing to work considerably harder to bring it back than to start with a much-easier new facility. “Why would we build new buildings,” asks Chris, “when we have such beautiful existing ones?” So they fabricated a new steel structure inside the old walls, repurposed vast amounts of original wood to beautiful effect and installed two gleaming Scottish stills (which, according to Camille, they sat on an agonizingly long wait list for) in the old grain elevators to create their single malt distillery—all now LEED Gold certified.

Of course, bringing aged whiskey to market is a patient business. With brown spirits enjoying boom times in this country at the moment, all too many new brands are sourcing product and simply finishing it off with a rest in their barrels of choice. That is not the plan for Bently Heritage, because this American whiskey will be distilled from grain grown right here. Master distiller John Jeffery teases that there might be single malt in as little as four years, but he’s not making any promises. No spirit before its time.

In the meantime, though, Bently Heritage is releasing Source One Vodka and Juniper Grove Gin, distilled opposite the flour mill in what, in its heyday, was the Minden Butter Manufacturing Company. The butter produced here reportedly enjoyed a huge fan base in San Francisco, where much of it ended up. The amount of copper inside this restored creamery is a little mind-bending, with a maze of piping overhead, designed to move distillates from stage to stage—it doubles as an abstract work of art.

All of this is part of a greater vision that looks very much like it promises integrity of product and unique taste of a place. The Bentlys have taken a page from estate wine producers, who use only fruit from their own vineyards. With 6,000 acres of their Bently Ranch spreading far across Carson Valley, they’re launching Bently Heritage as an “estate distillery.” Some 2,500 acres are planted to grains—heritage varieties of barley, rye, wheat, oats and corn—with a malthouse to start them on their way toward respective estate spirits.

The Source One Vodka ($32; an homage to the historic “Well One” beside the creamery, which taps the runoff from the mountain snowpack in the aquifer below) makes unique use of one of those grains: oats. After much skeptical testing and tasting, the Bentlys were finally convinced that oats, as the base of their vodka (100%), gave it great body, an almost creamy mouth-feel—although, reports Camille, “when you add water to oats, you get oatmeal.” Some formula adjusting was called for, to work in that maze of pipes. Far from being the proverbial tasteless, odorless spirit, this vodka is robust, bright and citrusy, with a well-balanced touch of sweetness.

For its part, Juniper Grove ($38), the single-estate American Dry Gin, has a classic, juniper-forward profile with a potent botanical character, from angelica and coriander to lemon and lime zest. There will be other gin styles coming, deliberately inspired by foraged local botanicals. But R&D at Bently Heritage doesn’t always follow a plan. “We have lots of silly ideas around here,” says Chris. “Everyone is allowed to run with one a year.” The first, it turns out, is more inspired than silly—vodka rested in Oloroso sherry barrels ($35). The oat-based spirit takes on a delightful nutty, vanilla character that could be brilliant in the hands of a creative mixologist.

It’s also quite brilliant on its own in the second-floor tasting room of the lovely new public house, with panoramic views of the jagged mountains circling the valley. The view of the single malt stills is rather inspiring as well. Expect a report on their product when its time has come.