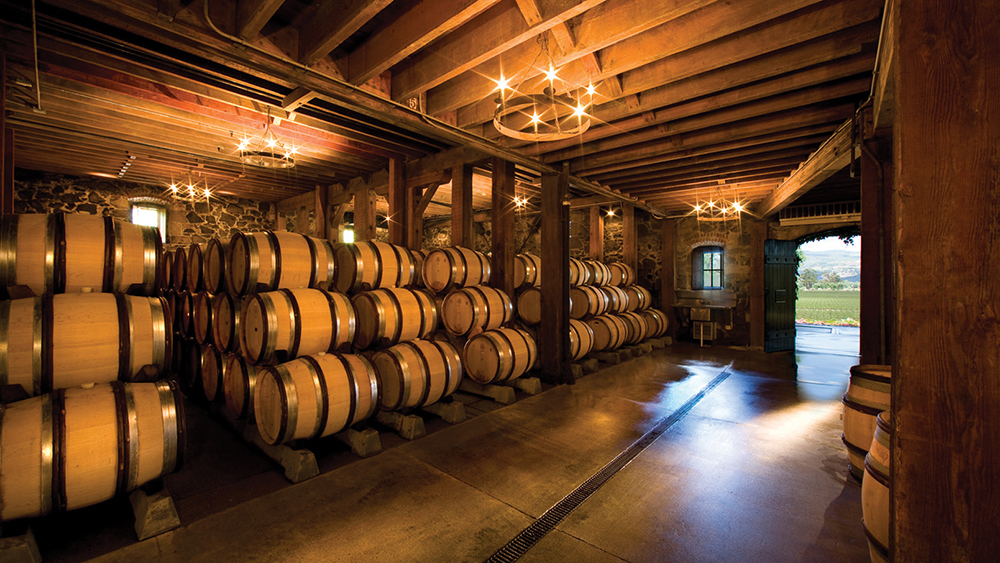 Investing in older wines always involves a gamble: Aged wines are likely to come with a price premium, and you can never be sure they were stored properly. And many drinkers are especially leery—whether because of a New-World inferiority complex or a (misguided) suspicion of artlessness—of aged California wines.

Don’t listen to that bad rap. The group of wines known as the California Classics are some of the most sophisticated bottlings anywhere, and great vintages are now in the full flower of maturity. (Many insiders agree that the higher-acid, lower-alcohol Napa and Sonoma wines made before the late ’90s are more age-worthy than those made since.) These bottles are afforded the same reverence as older French wines, and stunning pre-1995 Cabernet Sauvignons are more available than ever to bring collectors around to the Golden State of mind.

Several notable restaurants now emphasize older California bottles. André Mack, who in January opened & Sons Ham Bar, a concept in Brooklyn focusing on country hams and American wines of the 1960s, ’70s and ’80s, says “We’re talking about some of the best-value wines on the planet.” Producers on his list “are the places that made California’s name,” Mack says, and include icons such as Shafer Vineyards, Chappellet, Ridge Winery, Duckhorn and Far Niente.

Matthew Dulle, beverage director at Lazy Bear restaurant in San Francisco, says he’s been “hoarding” such wines for his extensive list, like a prized 1967 Charles Krug Cabernet Sauvignon priced at $625.

“It’s the savoriness,” Dulle says, referring to how the flavors in aged Napa Cab, including tobacco and mahogany, come together, with subdued fruitiness and tertiary notes such as leather and spice rounding out a complex and surprisingly elegant profile.

The Tavern by WS, which opened this fall in New York’s multibillion-dollar Hudson Yards development, offers a mind-boggling selection of perhaps the two most sought-after Cabs: Heitz Cellar Martha’s Vineyard and Diamond Creek Vineyards Volcanic Hill, including the legendary 1974 and 1988 vintages, respectively.

In a drink-now culture where many enthusiasts lack the patience to lay down wine until it’s mature, these restaurants perform a valuable service. “It’s been aged for you,” Mack says. “That’s the beauty of it—you don’t have to wait.”

The top Californians are increasingly rare, and as such, auctions are the best place to find them.

“These wines have come back into fashion,” says Jamie Ritchie, worldwide head of wine for Sotheby’s. While most major auctions are French-focused, he says, pretty much every big sale in New York will have a substantial California section.

These wines don’t go for cheap—a case of Mayacamas Cabernet 1975 went for $4,920 at Sotheby’s New York in 2018—but in terms of relative value they’re a steal. Compare that case to a “cult” Cab like Harlan Estate’s current 2015 release, which goes for $1,200 a bottle and shouldn’t be touched for years.

There’s no need to lay down auction-sourced aged wines. Most likely, they’re ready to drink now. But for short-term cellaring, the usual rules apply: Keep them cool, dark and damp.

But older wines also have special considerations. “Label technology was horrible in California back then,” says Dulle, who considers an original, pristine label to be an indication of proper care along the way.

Ritchie advises checking the level of the wine, which should sit further from the bottom of the cork compared to a new bottle. Tiny amounts of wine evaporate naturally over time, but too much could indicate the wine has oxidized. The proper level is “top shoulder,” or into the curved part of the bottle.

Before uncorking, Ritchie advises, stand the bottle for 48 hours to allow the plentiful fine sediment to settle. Decanting should take place directly before serving, with a wine that’s cool but not cold. As for pairing with food, skip the usual red-wine-and-meat combination; the mellowness of a well-aged Cali Classic calls for roasted fowl.