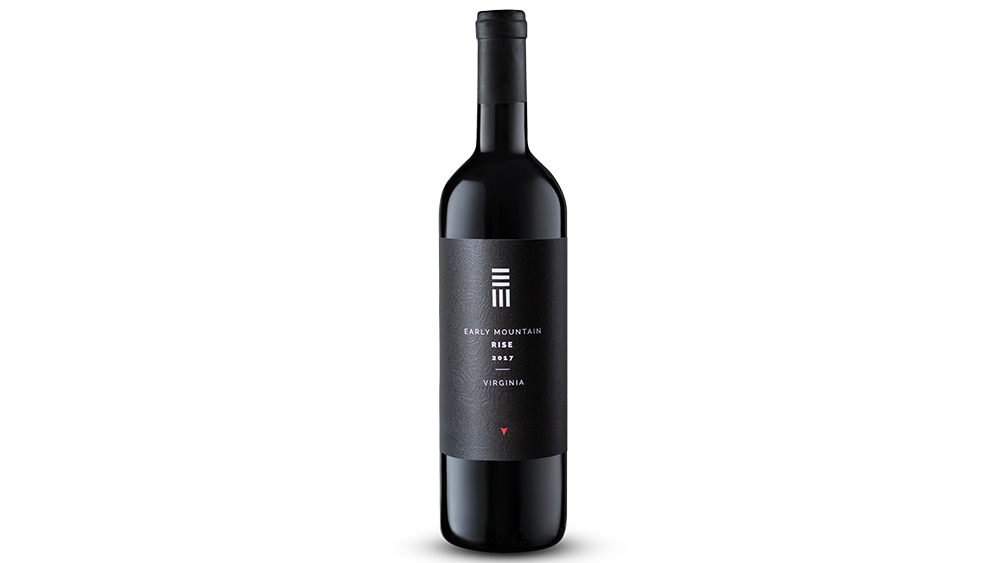 Wine in Virginia not only dates back to before our country could call itself that, but was actually a very early enterprise! The official website for Virginia wine offers up this gem of history: “Twelve years after English colonists first settled in Jamestown [that brings us to 1619], the Virginia House of Burgesses passed Acte 12, requiring each male colonist to plant and tend to at least 10 grapevines.” Thomas Jefferson’s efforts in the late 1700s, with a 2,000-acre vineyard at Monticello, were better known, but the results were disappointing compared to the wines of Europe he and his cohorts were familiar with. Through the years following, some Virginia wines did catch notice, but they were made from indigenous grapes, not the “noble” vitis vinifera of the Old World. And, of course, from Prohibition on…crickets.

That began to change with a handful of wineries getting underway in Virginia in the 1970s, growing to nearly 300 today. Early efforts—if not successful on a grand scale—laid some necessary groundwork. And now things are getting interesting—and very, very good. What’s been missing, according to Rutger de Vink, co-owner of RdV Vineyards, is precise knowledge about the best vineyard sites, the spots that would close the gap between skillfully made wine from mediocre grapes to great wines made from optimum fruit.

Newcomer Sebastian Zutant, a wine director and restaurateur from Washington, D.C., along with his brother, Jay, and winemaker Ben Jordan (also winemaker for Early Mountain), has thrown in for the quality and cool factor of Virginia wines with Lightwell Survey. “I think what happened over the last 25 years,” he says, “has been a real focus on terroir and climate. A handful of inspirational winemakers took what they knew, which was classic European winemaking, and applied it to the VA landscape.” They figured out what works and what doesn’t—Viognier, for instance, not so much; Petit Manseng, absolutely. (You’re missing out if you haven’t tried a dry, mouth-filling Virginia version of that southern-French white variety.)

Zutant sees old-school wineries pushing the boundaries, taking risks. Jordan sees luck in the fact that Virginia is coming to this point when there’s major flux in what used to be a “very classical, staid industry. We’re figuring everything out,” he says, “from site, to grape, to technique. Probably the most important thing we’ve realized is that we don’t have to imitate and we don’t have to grow grape varieties everyone has heard of, or that are “noble.”

There may be no precise reference points for Virginia’s best wines, but de Vink puts the reds halfway between Napa and Bordeaux—fruit-forward but fresh and a little austere. When he pours his wines blind for sommelier friends, he says, they call them for old-style Napa Cabs, on the one hand, or ripe-year Bordeaux on the other.

Here’s an easy-sipping red from Afton Mountain, a blend of Merlot, Petit Verdot and Cabernet Sauvignon, with two years in 25 percent new French oak under its belt. High-toned violet aromas open, with a hint of warm oak spice layered with cherry and mocha. A bright, juicy palate keeps you coming back for more, rewarding with red berry and cherry fruit, hints of crushed herbs, plush tannins and nice tension in the mouth.

A bright, juicy red from Ankida that unfolds with interesting layers of flavor. The wine leads with aromas of loam, baking spice, violets and dark cherries. Lovely tension and texture follow on the palate, with vibrant plum and cherry over satisfying minerality, with a kick of orange zest drawing out a long, savory finish.

One of Virginia’s leading modern-wine-era wineries, Barboursville links this Bordeaux-style blend of Merlot, Cabernet Sauvignon, Cabernet Franc and Petit Verdot to local history—named for the octagonal dining room in Governor James Barbour’s mansion, designed by Thomas Jefferson (and completed in 1822). One can imagine much good wine was consumed in that room, just not fine local vintages. This 2014 hits the mark, though, opening with high-toned floral aromas swirling with earthiness. Dark berries are layered with pencil shavings and toasted spice, followed by a plush and complex palate of berry compote flavors against building tannins. There’s some pretty evolution here with a little bottle age, but the wine is still vibrant and fresh.

This top bottle from Early Mountain (a Merlot-driven Bordeaux blend with the unusual addition of 12 percent Tannat, made by the aforementioned Ben Jordan of Lightwell Survey) is an impressive feat of power and density balanced with plush, juicy fruit. Its aromas lead with high-toned, savory notes—tobacco, pencil shavings and pungent herbs—mingling with dark fruit. Textured plum and dark berry flavors are layered with warm spice and mint, with rounded tannins filling out the finish.

The team at Lightwell Survey—brothers Sebastian and Jay Zutant and winemaker Ben Jordan—are having fun with more than wine names (although it’s hard to keep a straight face at a red named “The Weird Ones Are Wolves”). They’re keeping it simple and as natural as possible on the winemaking front and co-fermenting (not blending) in mind-bending combinations. This “Hintermen” is 59 percent Riesling and 41 percent Petit Manseng, a southern French white finding a home in Virginia. Don’t look for existing reference points—this one exudes magnolia blossoms backed by hints of stone fruit, apple and wet river stones. It’s racy, juicy, tart, long and crunchy, with flavors running from lime and grapefruit to white nectarine and tropicals.

On the nose, this Petit Verdot from Pippin Hill would seem to lean to the savory side, with dusty, earthy aromas of resiny herbs, leather, dark spice and pepper. But juicy fruit—from red to blue berries—give the wine a lovely sweet-savory balance, finishing with a kick of licorice and firm tannins.

“Rendezvous,” a Bordeaux-style blend of Cabernet, Merlot, Cab Franc and Petit Verdot, is one of two reds from critically acclaimed RdV (the other being its elusive “Lost Mountain”). Round and generous, the wine opens with a classic nose of cassis and blackberry, espresso, graphite, savory sage and minerality. Beautiful ripe fruit follows—dark berries and plums—wrapped in violet notes and polished tannins.

From one of Virginia’s leading winemakers (with a winery in Burgundy as well as in Virginia) comes a mouth-filling white (at home in southern France) that would be a savvy discovery for Chardonnay lovers. This Petit Manseng from Michael Shaps opens with aromatic jasmine mingled with tropical notes of mango, passionfruit and spice. The palate has weight but is structured with acidity for brightness, its layers of stone fruit and pineapple lingering long on the finish.