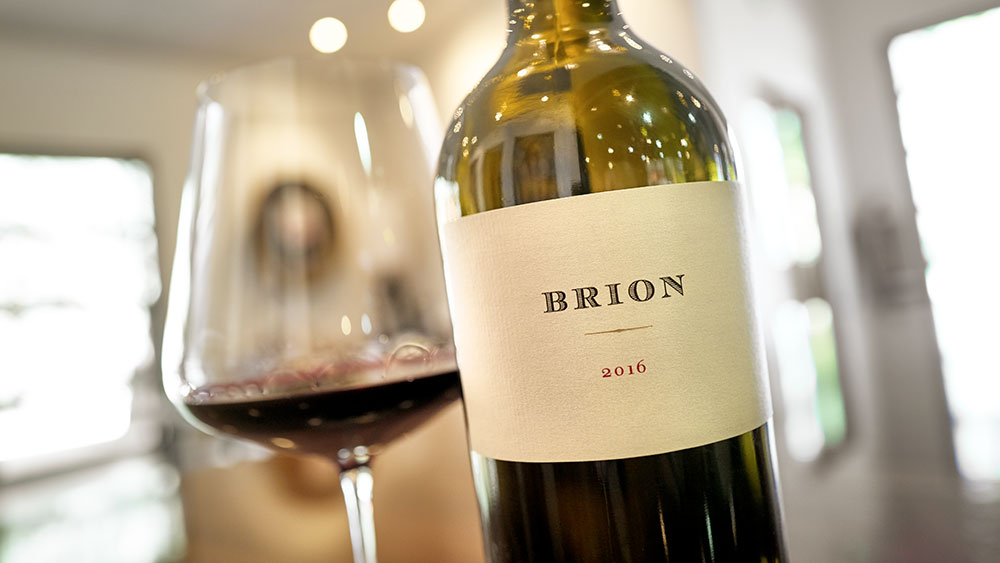 Brion Wise—chemical engineer and inveterate founder of companies and developer of systems—came to California in 2002 looking for vineyard land. Unlike so many wearing those shoes, Wise didn’t snap up existing vines on an already reputable site; he purchased raw land, a former, infrastructure-free cattle ranch in what would later become Sonoma’s Moon Mountain District, which, of course, has lately developed its own reputation as one of the county’s most exciting new wine appellations. Drilling a well and running everything on generators were no barriers to Wise and his wife, Ronda, establishing B. Wise Vineyards on a ridge overlooking Sonoma Valley.

It has taken some time, though—and several vineyard sources on the other side of that Mayacamas Range, in Napa Valley—to fulfill his ultimate ambition, which, as Wise describes it, “was to make something I could hold up to the best wines I have tasted in my travels. The vision was to make a wine of the world, and in my case, it became our flagship wine, Brion.” The collection includes four Cabernet Sauvignons: one from the original Moon Mountain site and three from Napa vineyards—Sleeping Lady (Yountville), Caldwell (Coombsville), and Oakville Ranch.

Variations among the sites in elevation, aspect, microclimate and soils alone—from red volcanic to alluvial with a gravel streak to “more rock than soil”—guarantee there’s no cookie-cutter approach across these wines under one brand. But Wise has put another wrinkle in place that adds the human element to the varying terroir his wines reveal: Three different winemakers are responsible for these single-vineyard Cabernets. Massimo Monticelli came to B. Wise from Silver Oak in 2002, so it made sense for him to oversee the Moon Mountain production. Mark Herold, with experience at Joseph Phelps and his own Merus brand, shepherds the Caldwell Vineyard and Oakville Ranch wines. And in-demand consulting winemaker Julien Fayard oversees Brion’s Sleeping Lady.

Each winemaker had worked with the properties and “understood the vineyard and how to get the best from it,” says Wise. “My intent was, and is, to marry each vineyard with a winemaker whose style best fits what comes from the land.” That human understanding is critical, in Wise’s view, to making the best wine possible from a place. “What you do in the vineyard,” he says, “goes all the way through to the bottle. Having winemakers that understand that, and understand what the vineyard delivers and how to extract that is everything. Farming techniques are critical in this process, and our philosophy is not to change what the vineyard delivers.”

The deft—and different—hands in these vineyards and on the wines show, and create a snapshot of diversity in the Brion 2016 lineup that Napa critics often fail to see.

Winemaker: Julien Fayard
Deeply colored, this one is perfumed but earthy with dry loam on the nose under cedar, mint and blackberry. Dense and concentrated fruit—from black raspberry to blueberry—is delivered with minerality and arresting texture and length. There’s a substantial tannin structure here for the long haul, but it’s in no way off-putting now.

Winemaker: Mark Herold
If a Cab can be bright and generous at the same time, this one—expressive of the cool Coombsville region—is. Earth, floral, mocha and savory herb aromas lead into a vibrant, concentrated palate full of plum, cassis and berry flavors, with elegant tannins.

Winemaker: Mark Herold
The lush, complex nose offers up whiffs of vanilla and mocha around dark cherry. This is a big wine, with a sense of power—rich, with red and dark fruit edged with savory notes and a bold but supple structure that lingers in the mouth.