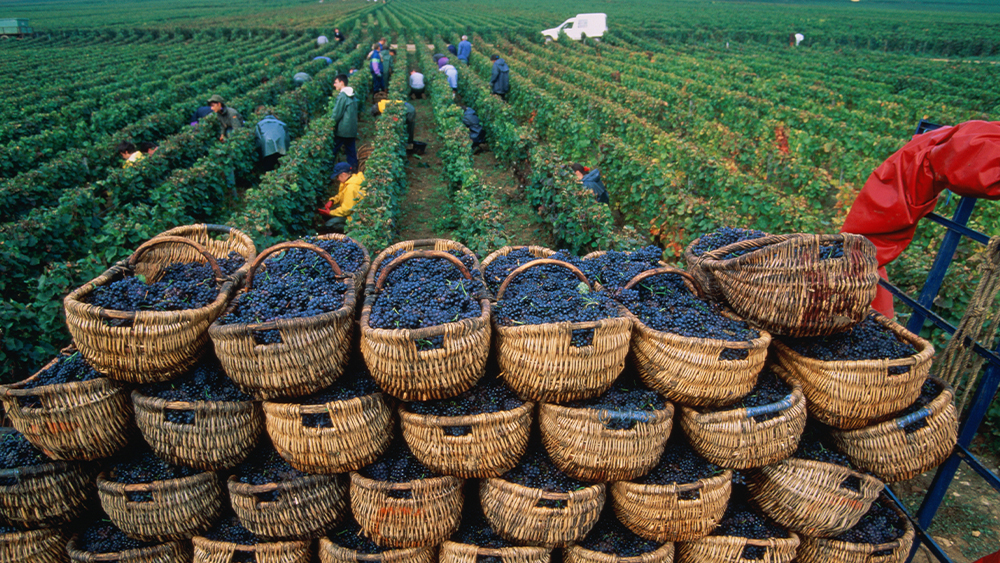 After last year’s historically low yields and harsh weather early this season, the Burgundy 2022 harvest is showing to be excellent in both quality and quantity. The Burgundy Wine Board (BIVB) stated, “With beautiful balance, perfect health and wonderful color extraction, it would be unreasonable to ask for more. The potential is there to make 2022 a great vintage indeed.” In an era of dramatic weather conditions, statements such as this are becoming rarer with each passing year.

Frost for four nights in April brought vineyard crews to light fires across the region to stave off the sudden chill that could have decimated barely visible buds. While not every producer came out unscathed, most of the crop survived. The same could not be said in 2021, when a similar weather event wreaked havoc on the region early on.

Shortly thereafter spring-like conditions arrived, and flowering occurred in mid-May—approximately two weeks earlier than normal. An exceptionally warm and dry spring and early summer led to rapid grape development. Thunderstorms across the region from June 21 to 25 delivered much needed water, but hail caused damage in some areas.

Summer heatwaves were both a blessing and curse. Extremely warm weather is necessary to develop sugars and ripeness in wine grapes, and it also keeps mold and mildew at bay. On the flip side, a lack of rain from late June to mid-August caused grapes to slow in their development. Harvesting began on August 16 for Cremant de Burgundy, and four days later the first Chardonnay for still wines was picked in the Côte du Beaune. The last grapes were picked in the Côtes de Nuit, Haut Côtes and in Chablis to the north in the third week of September.

While it is unusual for harvest to take almost a full month, the overall condition of the grapes brought in is considered excellent. Both Pinot Noir and Chardonnay are exhibiting highly aromatic profiles, and with good balance between acidity and alcohol levels. All told, 2022 should be an excellent vintage for aging.

Jacques Devauges, estate manager of Domaine des Lambrays, a historic estate in Morey-Saint-Denis in the Côte-d’Or, was perplexed by the timing of harvest this year. Despite the early start to grape collection elsewhere, he did not begin picking until September 1. He told us, “I was expecting harvest to start around August 25, after 90 days of flowering. Yet I was surprised to see that the grapes were not ready by that date. I do not have an explanation. One guess could be that the vines are adapting to the hot weather we have experienced; while we harvested after 90 days of flowering in 2003, 2018 and 2020, we may reconsider planning harvest at 100 days after flowering.” That said, he described the quality this year as “excellent,” and mentioned that his volume is up “10 percent higher than average.”

Further south, in the Mâconnais sub-region, winemaker Maxime Dutron of Château Vitallis, one of the first producers to bring a newly designated Premier Cru Pouilly-Fuissé to the US market, informed us that this year’s harvest went very well after an August 22 start date. Talking about the 2022 season, he said, “The hillside of the Pouilly-Fuissé Premier Cru was rather pretty this year, despite the wood damaged by the hail of last year. The clay present on this hillside meant that the premier crus do not suffer too much from the dryness and therefore [they] arrived at the harvest with a good maturity.”

As wines from Burgundy continue to ferment and many are made ready for barrel aging, the wine world will wait in anticipation for the release of these gems.