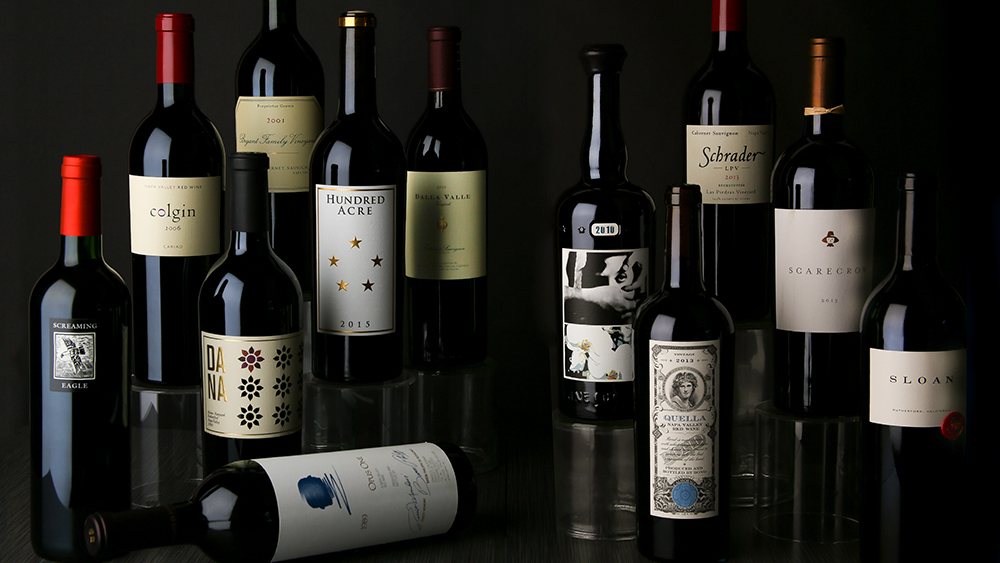 Through the decade or so ending in 2019, according to Benchmark Wine Group CEO Dave Parker, top red Burgundies enjoyed an extraordinary price run-up, on the magnitude of a factor of 4 to 5—eye-popping exponential growth. “It was certainly the investment to have,” he says, adding, of course, if the wine was purchased from a source guaranteeing pristine provenance, and if it was stored properly (preferably in the original wood). For the last two or three years of that stretch, the best-known Champagne houses joined Domaine de la Romanée-Conti and its Burgundy cohorts in an impressive value surge as well.

As the largest distributor of rare wine in the country—with an inventory of some 70,000 bottles (representing 10,000 wines), including many older vintages, available to retailers, restaurants and collectors—Benchmark (which also owns the auction-focused Brentwood Wine Company and the sales-tracking Wine Market Journal) is in a position to gauge the market. But will European wines still track as healthy investments at this time of 25 percent tariffs on many EU wines and a global coronavirus lockdown resulting in financial market instability and difficulty importing Old World wines? We asked Parker to lay out in broad strokes where fine and rare wine stands at the moment, and offer up a few words of wisdom for investors.

“For investors,” says Parker, “the dynamics are pretty compelling right now, especially viewed over the long term.” Wine tends to appreciate more than stocks, he reports, which would certainly make it seem a more stable bet at the moment (our observation, not Parker’s). Parker says Champagne is still going strong even now and that Italian wine, the Rhône, and Port have joined Champs as sought-after categories. Bordeaux and Burgundy, on the other hand, have lost a little luster for investors; the tide has shifted. One other shift Parker describes is in the bottle price collectors are willing to pay these days—$50 to $1,000, he says, instead of the many multiple $1,000s dropped in less worrisome times.

Asking him for wine-investing tips, Parker chuckles, “is like asking the same question of someone who deals in stocks.” Do you want to put your money on proven performers? (See Champagne, Italy, the Rhône and Port, above.) Or something that’s dropped back? “What I can say is that when it comes to perennial values, California always delivers. You could have bought California at any time through the years, and seen a healthy increase.” On top of that, Parker notes, there’s special value to be had in the Golden State at the moment, because after a couple of large harvests, followed by the sudden halt of restaurant and tasting room sales, there’s an over-abundance of wine.

Parker advises caution, though. This is also a time of proliferating new labels, of producers trying to cash in on immediate $100+ bottle pricing without a track record. “Stick to the classics,” he says, “the blue chips”—the likes of Caymus or Stag’s Leap Wine Cellars, or, if you’re playing in that space, Harlan, maybe Screaming Eagle.

According to Parker, even before the virus shuttered bidding in real time, more and more auction transactions were going virtual. “For most of the big houses,” he says, “the winning bids were already coming from outside the room. And I don’t know,” he adds, “that people will ever want to sit in a stiff-backed chair again, with an auctioneer at the podium…”

For its part, Brentwood Wine Company had already staked its claim online, running weekly auctions from Tuesday through Thursday, and often throwing in a two-day “blitz” on the weekend as well. And for wine lovers interested in taking a deep dive with a group of tasters, without leaving home, the company offers weekly Zoom tastings in partnership with sommeliers—“Raid Your Cellar,” they call them. The idea is to sign up for a session with a specified theme, and pull from your own collection whatever fits. For $50, you can secure a seat at the “somm’s table” (it’s not clear that Zoom anticipated this), or otherwise be a fly on the wall (but still able to submit questions for the discussion).

Ultimately, though, Parker urges wine drinkers—including serious collectors—to buy what they like, what they know and what they enjoy discovering. “You can justify it to your spouse as an investment,” he says, “but you can always drink it in the end.”