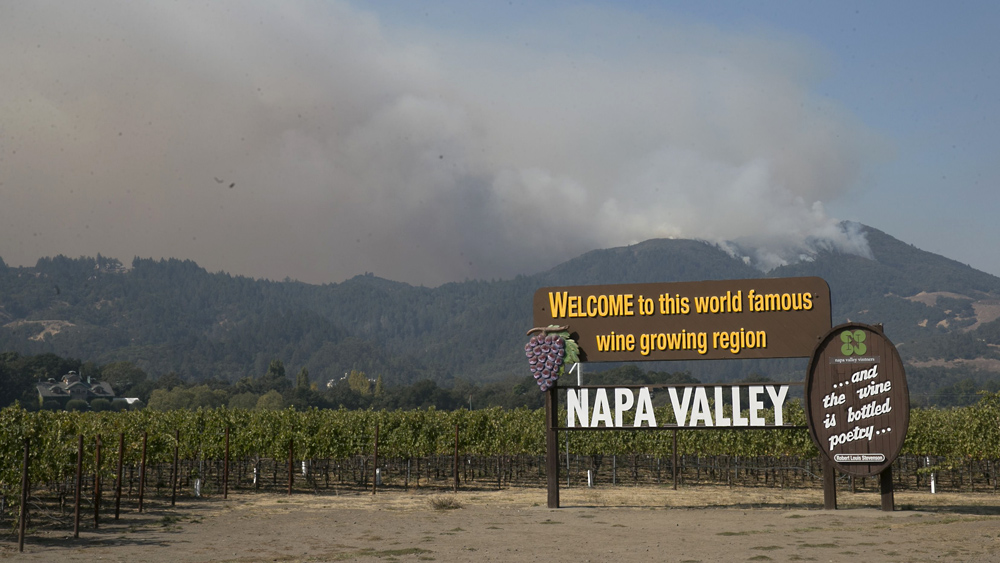 California is in the midst of a severe drought, with 100 percent of the state under abnormally dry conditions, according to the U.S. Drought Monitor. And 33 percent of the state is suffering through an exceptional drought, including a large swath of Northern California encompassing Napa and Sonoma, where temperatures hit triple digits over the weekend.

The conditions, combined with devastating wildfires the last few years—like 2020’s Glass Fire that destroyed the Michelin three-star Restaurant at Meadowood and damaged more than two dozen wineries—has left California’s wine regions bracing for another severe fire season. However, many wineries are going to have to brave it this year without insurance, according to a report by The San Francisco Chronicle.

“You have a lot of wineries and other ag producers that are uninsured right now,” Ryan Klobas, CEO of the Napa Farm Bureau, told the Chronicle. “If fire season hits someone that was hit by one of last year’s fires, they’re going to be out of business.”

As numerous wineries went to market this year to renew their insurance, they found their applications rejected. In Sonoma County, 100 of the Farm Bureau’s 400 members were told by their insurers they would not be renewed, the Napa Valley Register reported in late May, with Napa wineries facing a similar rejection rate.

Insurers began feeling the strain of wildfires more acutely in 2017, when a series of blazes afflicted numerous properties, with one insurance area broker, Risk Strategies, telling the Chronicle that it had 180 wineries making claims that necessitated $22 million in insurance payouts. But last year’s fire season—five of the six largest wildfires in the state’s history happened in 2020—was the straw that broke the back for some insurance companies. That led insurers to stare into their actuarial tables and realize many regions presented too great of a risk to insure wineries at the level they had before.

Even those wineries who have been able to hold onto insurance have been hit with higher premiums and deductibles. Schramsberg Vineyards in Calistoga, for instance, saw its premiums go from $200,000 to $800,000 with the deductible skyrocketing from $25,000 to $500,000.

With private insurance not available, vineyard owners have looked to a public option. California currently has a program called FAIR (Fair Access to Insurance Requirements), that allows residential and commercial properties to buy insurance from a state risk pool when they can’t find coverage elsewhere. That program is not currently offered to agricultural businesses, but a bill currently in the California Senate (S.B. 11) would extend the coverage to farms and wineries–though that legislation may not work its ways through Sacramento fast enough to help winemakers this year.

For now, Napa is focused on improving its mitigation measures by beginning implementation of a $42-million, five-year fire-prevention plan approved by the Napa County Board of Supervisors in April. The plan has a multi-pronged approach, including removing vegetation that could be fuel for future fires while also creating fuel breaks—swaths bare soil that can slow a fire by starving it of trees or plants to burn. Simultaneously, individual vintners are clearing brush and installing perimeter sprinkler systems in the hope they can stave off encroaching flames and save their business from potential ruin.