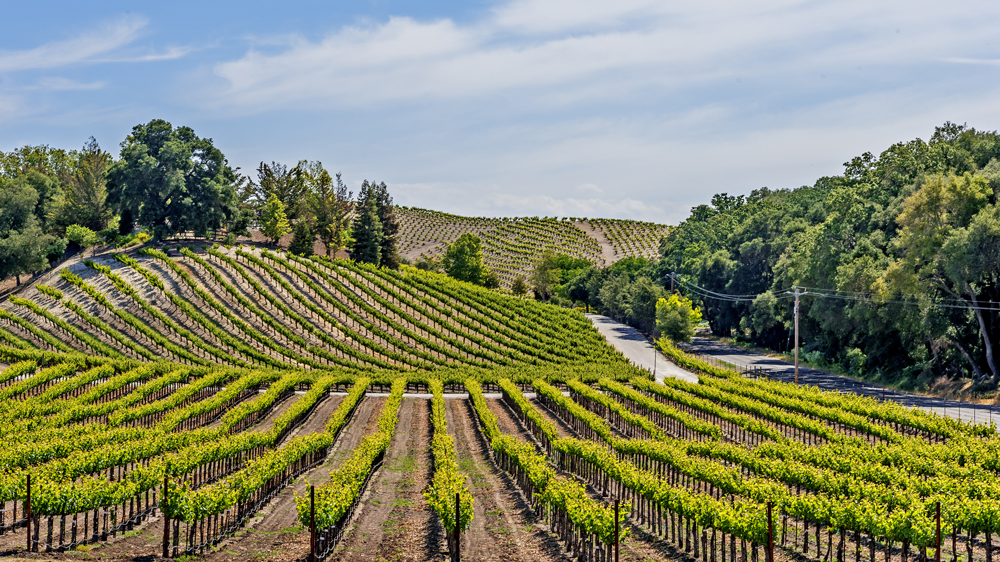 If ever a grape and a place were linked, Cabernet Sauvignon and Napa Valley are the ones. And what’s not to like about the lush fruit and elegant structure of the region’s top bottles in the best years? Yet to limit the “domestic Bordeaux” section of your cellar to one viticultural area is to miss out on the diversity that the West Coast offers at the highest-quality levels beyond the pedigreed regions, not to mention great wines for the price.

Take, for instance, Paso Robles: the sprawling region in northern San Luis Obispo County on California’s Central Coast. This historic ranching country is hardly unknown to a growing number of wine fans. But much of the current excitement seems to be swirling around its Rhône varieties, red and white. There’s nothing misguided in that—the bottles that Paso Robles is turning out now on that front deserve the buzz. But drill down to the 1970s, when vineyards really began taking market share here from grazing land, and you find that Cabernet Sauvignon was the anchor. Today, Cab claims almost half of the 40,000-some acres of vineyards across the region. In the last decade, the Cabernet producers honed their growing practices and cellar efforts, and they are turning out complex, elegant bottles, with a generosity of fruit akin to that found in Napa’s bottlings and rounded tannins that reflect the phenolic ripeness Napa strives for.

To paint Paso Robles Cabernet in broad strokes, though, is to do it a disservice. The enormous region is carved up into 11 sub-AVAs, or American Viticultural Areas, with intricate variations in soil types (some 40 in all, a high amount of it calcareous and well-draining); weather patterns in relation to the cooling maritime influence that slips through what’s called the Templeton Gap; and gradations in total heat. In general, though, the region enjoys a long growing season of very warm days. On the Winkler scale, a method for the classification of wine-growing areas, temperatures fall into regions II and III, which, tellingly enough, also describe Napa, Bordeaux, and parts of Spain. In Paso Robles, though, the temperature drops dramatically at night—sometimes as much as 50 degrees. The upshot is that the Cabernets are beautifully ripe but at the same time balanced and fresh from the acidity the vines are able to hang on to during those chilly nights.

The following bottles would stand tall next to the Napa Cabs in your cellar:

Earthy layers of espresso, cocoa, and minerals underline spicy fruit in this Cab from Adelaida ($55). With a structure that’s still young and a little tight, the wine could use a splash in a decanter. The reward: pretty blueberry and blackberry fruit against a backdrop of licorice and cedar.

This crowd-pleaser from Austin Hope ($50) doesn’t need to make it down to your cellar. With a rush of plush fruit up front, the 2016 Cabernet is built for immediate gratification. A perfumed nose of purple flowers amplifies the effect, and layers of vanilla and toasted spice under the ripe plum and blackberry flavors add to the rich, full-bodied profile.

From fairly high elevations on the west side of the region (Daou sits spectacularly on the top of a mountain, with some of the best views in all of West Coast wine country), this Cabernet ($95) shows the balance that’s possible between beautiful fruit and powerful structure. Dark berries and cassis share the nose, and blue fruit joins on the palate, along with hints of licorice and mocha.

Briary berry aromas in this lovely Hearst Cab ($105) mix with espresso, black pepper, and toast, and the wine’s bright cassis on the palate is layered with tobacco leaf and spice, with a firm but elegant structure.

The signature in question on this top bottle of J. Lohr ($100) belongs to founder Jerry Lohr, one of Paso Robles’s true wine pioneers. An appealing savory herb quality on the nose combines with blackberry, cassis, earth, and spice. Plush and concentrated black plum fruit has an impressive backbone of tannin.

This distinctive red from Niner ($65) opens with crushed rock, violets, vanilla, and pepper. Bright, juicy mulberry and cherry flavors are layered with tangy spice and bound by firm tannins.

Dense and foresty, this Cab from Parrish Family Vineyard ($55) lays classic varietal fruit on the table—blackberry and cassis—with hints of violets and warm spice. Several years of age have integrated the tannins beautifully.