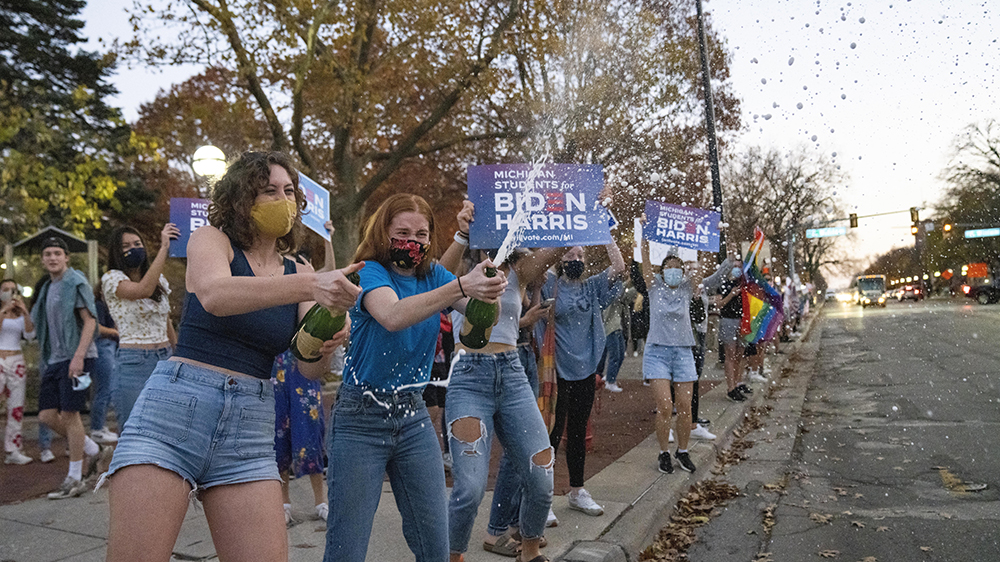 Turns out the undisputed winner of the 2020 election is. . .Champagne. Following the announcement of President-elect Joe Biden’s victory over incumbent Donald Trump on Saturday, revelers snapped up sparkling wine in impressive quantities.

For Biden supporters, the occasion well and truly called for some bubbly. After four drawn-out days, CNN finally announced that Biden and his running mate, Vice President-elect Kamala Harris, had won at 11:24 am EST. With much of the country enjoying unseasonably warm weather and the clock ticking closer to post meridian, it proved the be exactly the right time to pop open a bottle. And revelers were all too happy to comply.

Wine stores across the country told Robb Report they were inundated with customers shopping specifically for a celebratory bottle or three.

Greg Rubin, owner of Vanderbilt Wine Merchants in Brooklyn, New York, said the boutique store sold about 600 percent more sparkling wine than the previous four to five Saturdays and would have sold more had they not run out.

“About one hour after the networks called the election, we had a line around the corner,” Rubin told Robb Report. “It was quite the phenomenon to watch the line grow with everyone wanting a celebration bottle!”

The Biden-Harris win brought a wave of emotion over much of the country. Harris is the first Black person, Asian-American and woman to be elected vice president, and, obviously, that alone was worth raising a glass of brut to.

Fingers crossed the wine stores replenish their stock for Thanksgiving.

Check out more photos of the celebrations below: