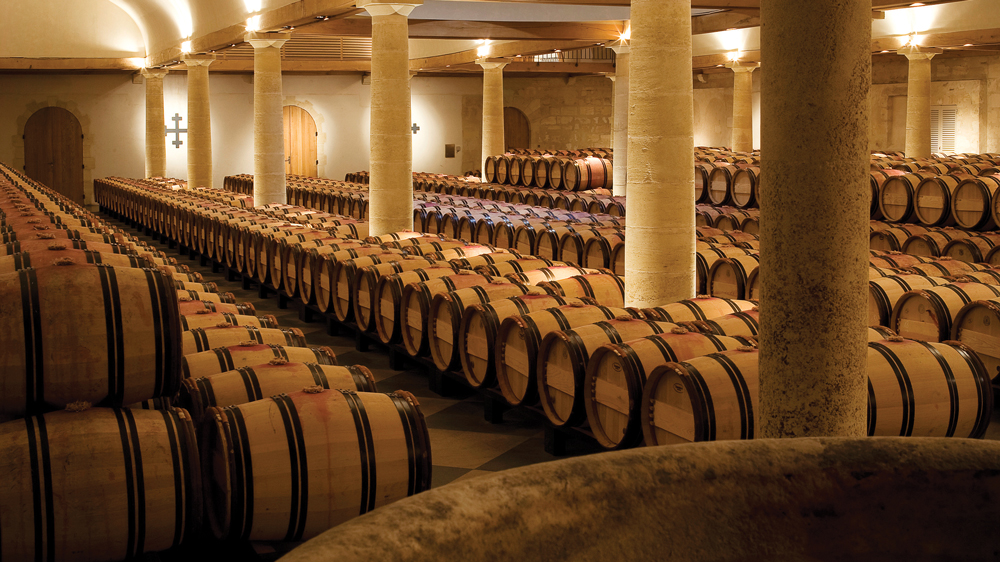 On April 10, 1663, the English diarist Samuel Pepys made history. Earlier that day, at London’s Royal Oak Tavern, he had drunk “a sort of French wine,” he recorded, “called Ho Bryan, that hath a good and most particular taste that I ever met with.” With these words, Pepys became the first writer to salute the excellence of Château Haut-Brion, one of France’s greatest wines. But his remark also alludes to a vinous revolution that was then under way. The wine’s taste was so “particular” because red Bordeaux was changing from a light and quaffable thirst quencher to a rich, structured red capable of sustained and positive evolution in the cellar—what the English diarist’s contemporaries called “New French Claret.”

By the time Pepys tasted Haut-Brion, the label had been established for over a century; the estate, however, directed by the illustrious Pontac family, was very much on the cutting edge, its wines defining the new style. “Haut-Brion has always been ahead of the game,” notes Prince Robert of Luxembourg, the château’s director since 2008. “In the 1950s, we were among the first to use tractors in the vineyard; the first, in 1961, to use steel fermentation tanks. Beginning in 1970, we led the way in propagating high-quality clones of the Bordeaux grape varieties. In 1990 we began making our own barrels in-house. More recently, we launched the first website [for a First Growth] and were the first [First Growth] to engage with the world on Twitter and YouTube.”

Jean de Pontac began contruction of the famous château in 1549, though the estate dates to the early 15th century.  Photo: Courtesy

Yet Haut-Brion’s latest venture pays homage to its oldest traditions. In 1666, François-Auguste de Pontac opened a fashionable restaurant named Pontac’s Head in London to promote his wines; in 2015, Prince Robert followed suit with a restaurant of his own, Le Clarence—this time in Paris. Winning two coveted Michelin stars in its first year of operation, Le Clarence has thrived; and its mission, according to the prince, is the same as that of Pontac’s Head: “to share the philosophy and elegant abidance of one of Bordeaux’s finest châteaux.”

The blending of old and new, perpetual refinement, and invention are to be expected at this address. “When I was a child, Haut-Brion was a small farm with a famous vineyard,” recalls the prince. “We employed around 30 people, most of them in the vineyards, and animals roamed around the park. We had no offices.” Since those simpler times, much has changed. “Now [our companies] employ around 180 people, many of them in offices,” he says. “Since we’re on the outskirts of the city, the whole neighborhood has become more urbanized too—though things still feel quite rural here at Haut-Brion.”

The enterprise that formed when Prince Robert’s great-grandfather Clarence Dillon, an American financier, purchased Haut-Brion in 1935 now encompasses not merely one but three great Bordeaux estates. The first acquisition, in 1983, was Haut-Brion’s neighbor and rival, Château La Mission Haut-Brion. Prince Robert remembers being taken out of school for the day to witness the transaction. The prince added to the family portfolio himself in 2011, buying Saint-Émilion’s Château Tertre Daugay and, 2 years later, neighboring Château l’Arrosée. He merged these two properties to create Château Quintus, an ensemble he believes has the potential to produce one of the appellation’s finest wines. Together, these three estates help make up Domaine Clarence Dillon.

Prince Robert of Luxembourg, the château’s director, oversees all aspects of the estate.  Photo: Courtesy

This gradual expansion has been very deliberate. “If you don’t grow, you perish,” observes Prince Robert. “In a family business like ours, you have the luxury, but also the obligation, to think a long way ahead.” Growth, however, must have carefully considered limits. In recent years many of Bordeaux’s leading names have expanded their holdings overseas, but under Prince Robert’s direction, Domaine Clarence Dillon has remained firmly rooted in France. “I still believe,” he says, “that the best wines of the world come from France. What’s more, we can draw not only on the great potential of our historic vineyards but on an amazing pool of talent within the company.”

That talent pool has certainly left its mark on Clarendelle, the prince’s other addition (established in 2005) to the Domaine Clarence Dillon portfolio. A brand rather than an estate, Clarendelle draws its stylistic inspiration from Haut-Brion but casts a wide net for the best available wines in Bordeaux from which to blend its red, white, and rosé cuvées. With an annual production of over one million bottles and distribution in 85 countries, Clarendelle’s bottlings command only a fraction of the prices associated with its grander siblings. Still, Jean-Philippe Delmas, the deputy general manager for Domaine Clarence Dillon (who succeeded his father in the role in 2004), applies all his team’s considerable savoir faire to crafting and aging these wines. “We want to offer something with the complexity and balance of a great Bordeaux,” says Prince Robert, “very much in the style of our estate wines but more accessible.”

Of course, the jewel in the prince’s crown remains Château Haut-Brion itself. The estate’s 124 acres of vines, situated on a low hill of sand and gravel overlooking the city of Bordeaux, have been celebrated for the distinctive character of their wines since Pepys’s time. The English philosopher John Locke, visiting Bordeaux in 1677, was among the first to pay tribute to Haut-Brion’s genius loci, observing that “the wine growing in the very next vineyards, where there was only a ditch between, and the soil, to appearance perfectly the same, was by no means so good.” Over a century later, Thomas Jefferson—introduced to Haut-Brion’s wine by none other than Benjamin Franklin, his predecessor as ambassador to France—deemed it “the very best Bordeaux wine.” Not surprisingly, the château ranked as one of four First Growths in Bordeaux’s famous classification of 1855.

No single factor explains Haut-Brion’s distinctive quality. The French invoke the holistic notion of terroir—a catchall concept that gathers together a site’s geology, mesoclimate, and exposure to account for how the wines that grow there taste. In the glass, however, Haut-Brion’s character is more easily pinned down. These are elegant, sapid wines, their aromas and flavors suggesting tobacco and ash. Less powerful than Latour; less flamboyant than Mouton Rothschild; more redolent of earth than Lafite; but seldom so floral as Margaux, Haut-Brion truly is a First Growth apart. “It’s not modern or fruit-forward,” notes Prince Robert, “but that isn’t a problem when people understand it. We’re stubborn about maintaining our style of wine.”

Haut-Brion differs from the other First Growths in many respects, not least of which is its square, squat bottle shape, which emulates old-style decanters.  Photo: Courtesy

A decade ago, the prince’s attitude might have seemed regressive; but his careful balance between custom and creative change has become perhaps Haut-Brion’s most valuable asset. To a younger generation that looks askance at what it perceives to be Bordeaux’s rampant commercialism, Haut-Brion’s fidelity to its singularly classic style constitutes a strength. “Today’s consumers seek authenticity and originality above all else,” says Prince Robert. “They can see through hype and promotion. We stand for timeless values of quality and authenticity, and we can tell a true story. It’s actually very contemporary.” After all, honesty—and Haut-Brion—never goes out of fashion.