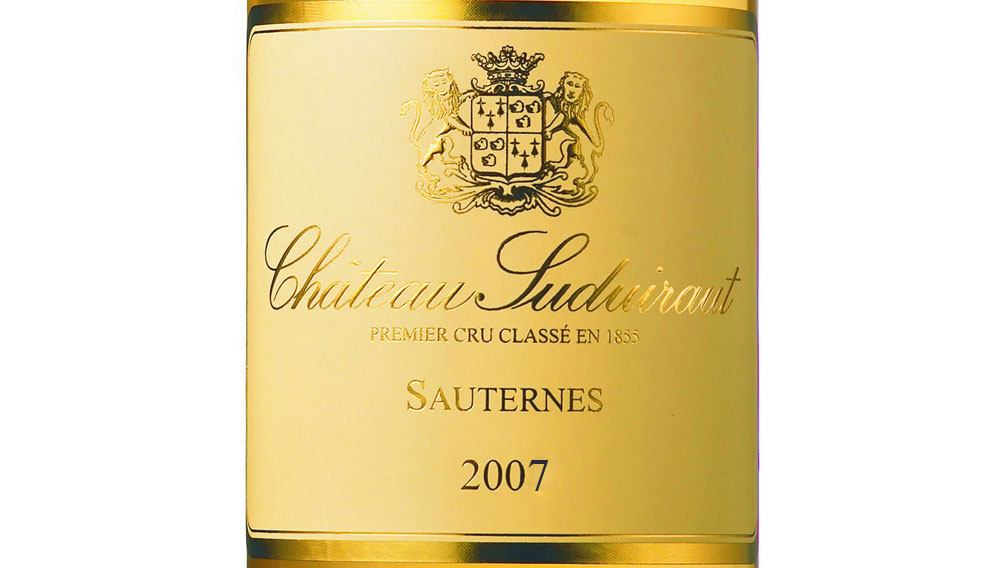 Since the 16th century, when Leonard de Suduiraut married Nicole d’Allard, the estate in the Sauternes appellation of Bordeaux that bears the groom’s surname has changed hands many times. Despite these vicissitudes, Château Suduiraut produced wines of such remarkably consistent quality that, in 1855, the estate was designated as a First Growth. Now under the care of managing director Christian Seely and technical director Pierre Montégut, the château continues to turn out splendid dessert wines. The Château Suduiraut 2007 Sauternes is somewhat coy on the nose, offering subtle hints of lemon preserves, wild honey, and citrus blossoms. But on the palate, lively acidity contrasts with a voluptuous texture and intense flavors of orange marmalade, ripe pineapple, and—on the lengthy finish—zesty sea brine.

The 2017 Wildfires Made This Cellar-Worthy Napa Cab Scarce. Our Wine Club Will Help You Get It.