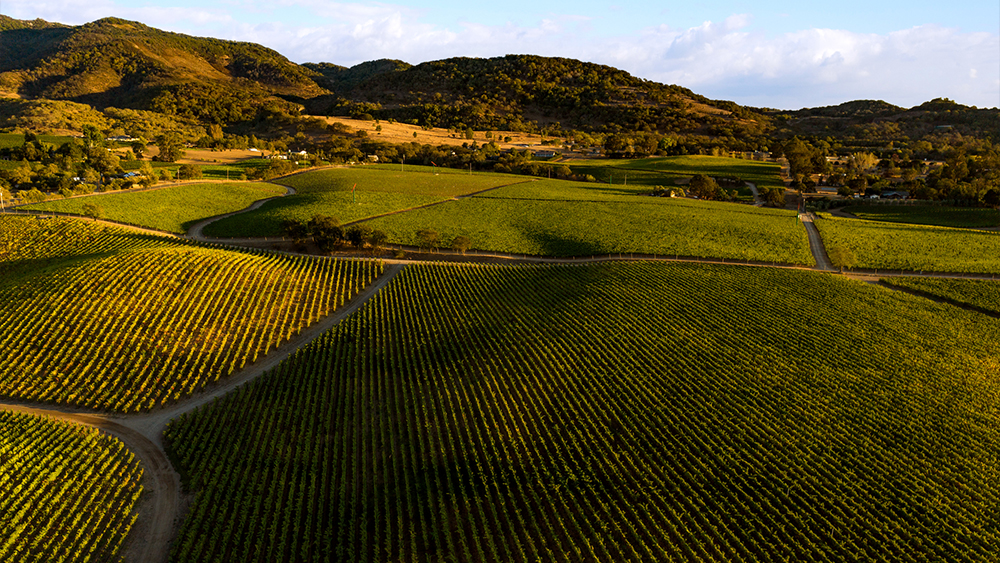 For Cabernet lovers, Napa Valley is more than a trusted source, a guarantee of exceptional wine character. It’s a prize, a trophy, a brand so strong that it can leave the valley’s 16 nested sub-appellations struggling for a unique voice. Still, some managed to build distinct identities early on, and now roll easily off the tongues of collectors: Oakville (who doesn’t covet a Cab from the California Grand Cru that is To Kalon Vineyard?); Rutherford (with the likes of Staglin Family Vineyard); Stags Leap District (Stag’s Leap Wine Cellars 1973 S.L.V. Cab won the 1976 Judgment of Paris. Enough said). More recently, the firm structure and intense dark fruit of Napa’s mountain wines have stolen the spotlight for ageability: Diamond Mountain, Howell Mountain. But now it’s the valley’s newest AVA, Coombsville, that’s having a moment, with reds that are vibrant, pure-fruited, minerally, and complex—wines that deserve to make the region not merely Napa’s next darling, but a lasting trend in great cellars.

Coombsville might have earned AVA status in 2011, but wine history here dates to the 1850s, when Nathan Coombs bought huge tracts of land and went on to found the town of Napa—and to the 1870s, when the Carbone brothers, immigrants from Liguria, Italy, planted Mourvèdre and Zinfandel in their broad-ranging ranching operation. The cellar and house they built in 1886 houses the Favia cellar today (as well as acclaimed winemaker Andy Erickson and his viticulturist wife, Annie Favia).

In modern wine times, as vineyard plantings surged through the 1970s and early 1980s, common wisdom had it that Coombsville was too cold to ripen Cabernet Sauvignon. Through the years, though, behind the scenes, grapes from the region have been the “secret sauce” in some of the valley’s most celebrated wines. Consumers just didn’t know about it, since the fruit—with no AVA status of its own—disappeared into blends from other regions. What that secret sauce contributed is a character that is earning more and more appreciation today, as wine lovers’ taste—and winemakers’ preference—is shifting from hedonistically ripe (and alcoholic) Cabernet and other Bordeaux reds to brighter, fresher wines that allow the nuance derived from specific soils and microclimates to shine without being drowned out by over-ripeness.

As they say, it’s a matter of location, location, and location. Tucked east of the town of Napa itself, in the southern reaches of Napa Valley, Coombsville is nestled in a bowl, an ancient volcanic caldera ringed on three sides by hills at the base of the Vaca Range. During the growing season, cooling fog and marine breezes from nearby San Pablo Bay swirl into the caldera, with the fog burning off late, keeping temperatures often 10 or more degrees cooler than AVAs to the north. In the fall, those cool conditions lengthen harvest, giving winemakers the chance to let the fruit hang, developing complexity and mature tannins without losing critical acidity. The result: enviable balance between ripeness and vitality.

As Andy Erickson, producer of aforementioned Favia, puts it, “Coombsville wine speaks of place. It combines intensity, richness with freshness, and a savory side that we sometimes miss in California.” His Favia 2018 Cabernet Sauvignon bears that out beautifully with savory layers of crushed rock, black tea and espresso under perfectly ripe but vibrant black fruit and plush but linear tannins. Its structure comes with an enormous yum factor through an endless finish.

Jen Beloz, estate director of Faust, whose vineyard borders Favia, reels off distinct traits that mark Coombsville wines from those grown in warmer parts of Napa Valley—purity, intensity, a blue and black fruit profile, tight tannin structure (“the tightest DNA fingerprint of any Napa Valley AVA,” she says), graphite, minerality, freshness, acidity. And indeed, Faust 2018 The Pact, the winery’s signature Cabernet, is dark and savory, layered with loam, graphite, leafy tobacco, and dried herbs under juicy cassis and blackberry flavors. The wine is dense, textural and rich but full of energy.

Notable winemaker Paul Hobbs saw so much to love in Coombsville (having worked with fruit from the region going back to when he started at Robert Mondavi Winery in 1977), that he bought an outsized Coombsville vineyard and named it after Napa’s founder. “This is the coolest region with porous volcanic soils,” he explains. “The roots go deep, and the fruit comes in with the most balance.” The Paul Hobbs 2018 Nathan Coombs Estate Cabernet stars beautifully aromatic blueberry and blackberry fruit layered with mocha and savory herbs against a backbone of elegant tannins.

Wine critic James Suckling applauds the fact that producers are peeling Coombsville fruit away from its former anonymity in Napa Valley blends, and sending it into the world solo. At a moment when winemakers are picking at the right time, not de-alcoholizing and “stylizing” their wines, as he puts it, Coombsville—with its critical cooling influence from the bay—offers just the right balance and freshness. “The new classical wines,” he calls them.