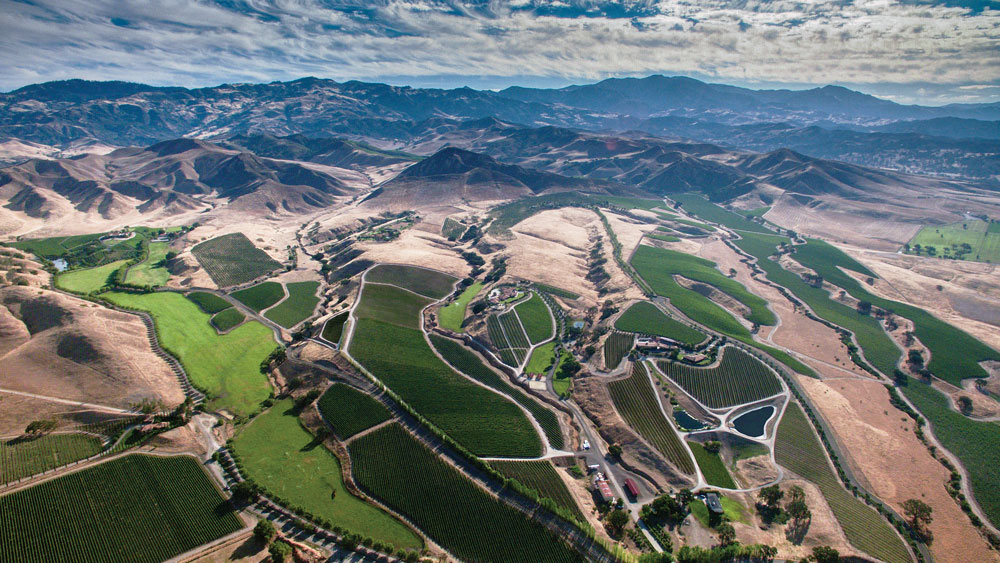 Northeast of Santa Barbara, tucked into the foothills of the San Rafael Mountains, lies a scenic winemaking pocket called Happy Canyon. Breezes riffle the silvery leaves of olive trees, and hares hop between tight, neat rows of vines. Pastoral beauty aside, it’s the Bordeaux-style red wines made there—particularly those by Adam Henkel, an eight-year veteran of Napa Valley’s Harlan Estate who is now winemaker for Crown Point—that really shine.

The tiny region proved challenging. When Henkel discovered that the soil contained magnesium (which can inhibit the vigor of the vines), he pivoted, finding rootstocks adapted for just this kind of soil, and he planted densely. Henkel allows the vines to fruit closer to the ground, where they can benefit from the radiant heat of the rocks below and a convection effect from the wind—all of which translates to a slow, even ripening of the grapes.

Henkel’s efforts result in layered wines with smooth tannins. The 2014 releases ($150 apiece)—a Cabernet Sauvignon and a luscious Bordeaux-style estate blend—are refined examples of that complexity. The Cab is dry and velvety, textbook on the nose and possessing both power and grace. On the palate, the dense fruit is cut by a fresh minerality not usually seen in a 100 percent Cabernet. The Estate Selection is hard to resist now, with its tastes of ripe raspberries and baking spices. It will take discipline to cellar these bottles rather than drink them, but storing at least a few will ensure happy days ahead indeed.