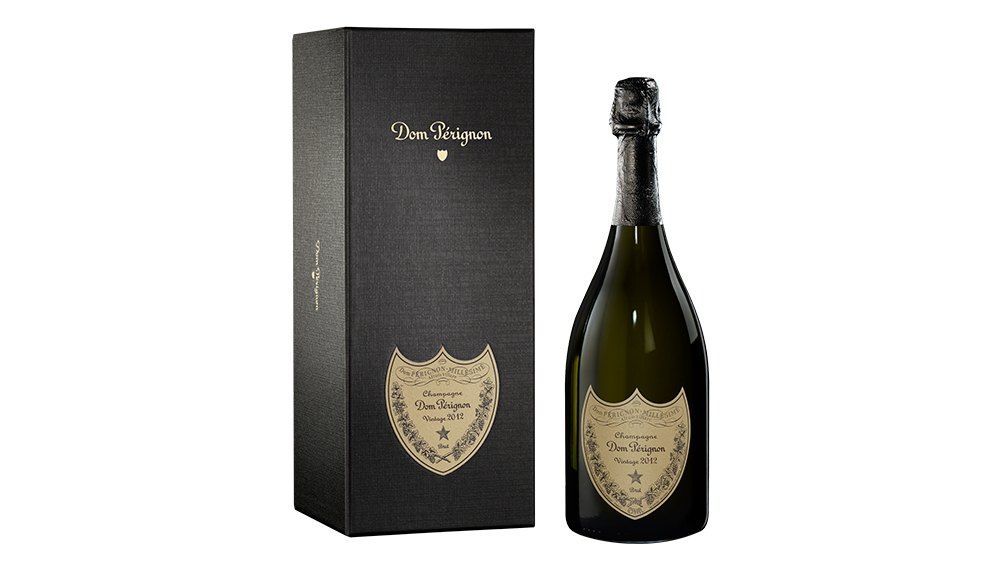 As origin stories go, Dom Pérignon’s purported launch of Champagne, upon discovering as the weather warmed in the spring that his bottles of still wine had recommenced fermentation and trapped the bubbles—“Come quickly, I am tasting the stars!”—is a charming bit of apocrypha. Yet in his work as cellar master at the Benedictine abbey in Hautvillers, the 17th century monk had very much to do with developing the techniques that underlie the exquisite quality of Champagne today. He pioneered blending from multiple vineyard sources, to elevate the character of the final wine; devised a way to separate skins from juice, keeping wine made from red grapes light; introduced cork as a superior stopper to wood; thickened the glass in bottles, which had been prone to occasional explosions; and pushed maturation over time on the lees.

Today, the friar’s foundational work is front-of-mind inspiration for Vincent Chaperon, chef de cave for the namesake legend that Champagne Dom Pérignon has become. A melding of “tradition and modernity,” he describes the spirit at the abbey today, “where modern Champagne was born” (and where Pérignon himself dug the cellar deep into the chalk to store his bottles.).

As fans of Dom know, the house has founded its reputation on vintage wines, as opposed to multi-vintage cuvées. In a disastrous year, there will be no wine. Successful blending, then, is a matter of choosing the very best micro-sites in a given year, out of hundreds of Grand Cru–level blocks Chaperon holds in his tool kit. The ultimate trifecta he strives for in every final blend is “emotion, complexity, and harmony.” That first might be akin to expressiveness, and the last another way of describing balance. And each vintage, says Chaperon, whatever the conditions, his object is “a new harmony.” Diversity from season to season is his challenge, and playground—a unique palette that multi-vintage blenders bound by consistency, a “house style,” lack.

Which brings us to Dom Pérignon’s vintage 2012 ($200 and will be released in September). It’s a wine, according to Chaperon, “full of contrasts and contradictions” brought on by an “aggressive winter” followed by full summer sun. And it’s true—the Champagne is marked by laser acidity but also generosity, pleasing textures, concentration, and maturity. It opens with beautiful salinity followed by a succession of white blossoms, fruit, herbal complexity, and minerality. The word that comes to mind is energy. “Harmony built on contrasts,” Chaperon calls it.

This year, Dom Pérignon has also released an older vintage, the 2003, under its Plénitude 2 (P2) program, based on the belief that in the arc of a wine’s life, there is more than one moment when it expresses peak character. In Chaperone’s view, “maturation on the lees is a time of constriction, for the wine to develop complexity.” At the same time, in his words, “the yeast transfers energy in mysterious ways.” Only when that complexity and energy come into balance (as it has for the 2012) will the house release a vintage. But there’s a moment years later when the wine can enter a second life (not all vintages do), when it speaks more loudly and expressively—when it’s longer, deeper, more intense, and has even more vitality and energy—this is “Plénitude 2” in the life of a Dom Pérignon vintage.

It might be more than a little counterintuitive to think of a wine—especially sparkling—picking up energy as it ages, but the 2003 P2 ($395 and available starting in July) is marvelously fresh and tense right now. (That last is a good thing.) Expected minerality and dried fruit give way to a lemongrass character. The palate is powerful, deep, and structured. It was a vintage, in fact, that almost didn’t happen. Early frost and a brutal late heatwave led to low yields and challenging fruit concentration. Dom Pérignon was one of the few houses to declare the vintage. And as Chaperon describes it, they had to change everything they did that year, to find balance in the face of serious tannins and overwrought phenolic elements. Their risk is our reward, in this singular, 18-year-old Champagne—proof that Dom truly knows how to create unique harmony from what the season gives.