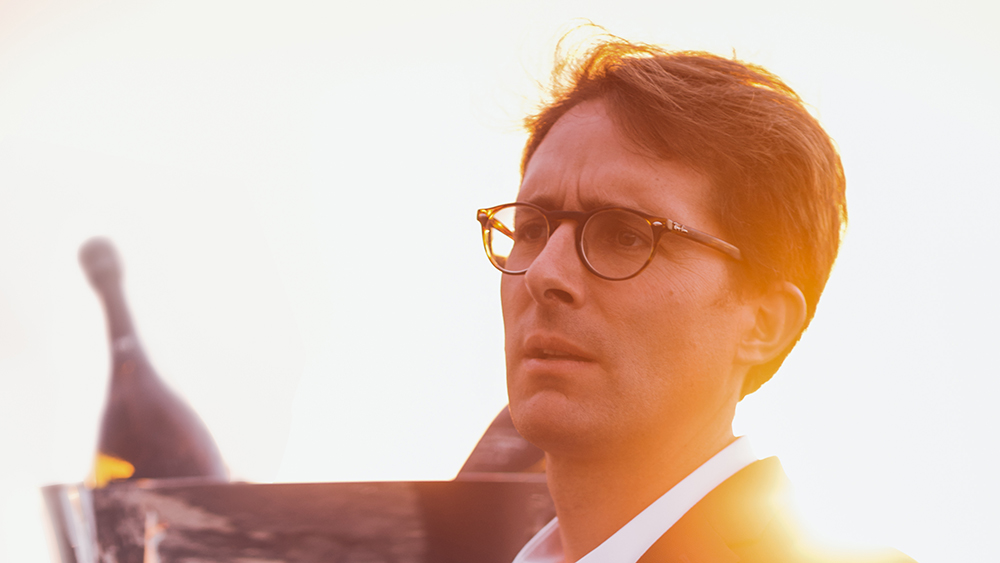 Although Vincent Chaperon grew up in Bordeaux, he experienced wine culture only on visits to his grandparents’ estate in Pomerol. That was enough to instill a love for the land and making wine. After working for 13 years beside Dom Pérignon’s longtime chef de cave, Richard Geoffroy, Chaperon succeeded him in 2019, taking over the creative direction of the house.

Where do you stand on the trend of using less sugar—lower dosage—in Champagnes?

Dom Pérignon is extra brut, so it’s never been a sweet wine. But 20 years ago, it was sweeter—at 9 grams compared with about 4 grams currently. It has continuously declined. Why? Because the wine deserves it. We experiment with dosage at six months and one year, and I’ve been observing vintage after vintage that less is more.

Are there any changes you want to make to the wine?

When you’re young you want to change the world, but you realize Dom Pérignon is much bigger than you. So the second stage is needing to do something important. You have to understand where you fit in the trajectory of the brand. One of my first missions was to do a rosé. Richard and I experimented, and I’m still fine-tuning that, moving toward a max of 28 percent Pinot Noir.

What about in the vineyard?

That has changed dramatically in the last 15 to 20 years. In 2000, there was no grass between the vines. Now there’s grass everywhere. We got rid of herbicides and are going toward being completely organic. We’re doing a lot of research to be as light as possible on the land.

How has wine fit into your life?

First it was through nature and agronomy. But really, it’s always a matter of emotion. Dom Perignon is embracing the completeness of wine. Wine is more than what we’ve seen in the last 15 years-winemakers have been making it too technical. Wine is always social. Dom Perginon embraces the technical and the tradition, but also the biodynamic link between humans and nature. It helps us to go on dreaming.