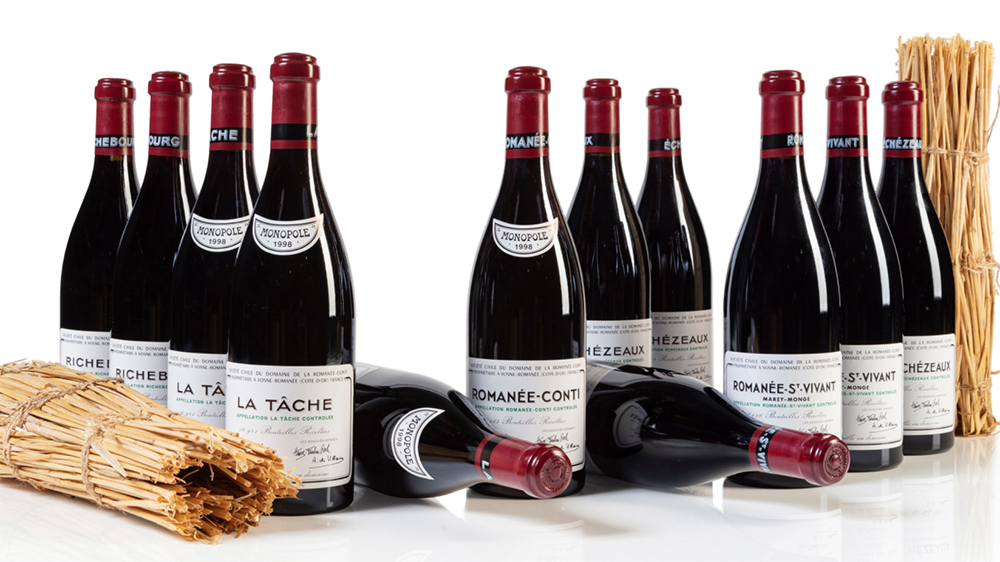 Sotheby’s is turning to Burgundy to help it make a splash with its first wine sale in France.

A private collection of Domaine de la Romanée-Conti, including some extremely rare magnums and methuselahs of the Burgundy, will hit the auction block on November 2 in Beaune. No need to worry if you can’t make it across the Atlantic, though, because online bidding opened this Tuesday.

The sale will consist of 25 lots of wine that all carry the Romanée-Conti name, which belongs to the most sought-after domaine in the Burgundy region; each bottle and case was acquired directly from the famed label. With vintages in the collection ranging between 1998 and 2011—including two of the label’s most coveted, 2000 and 2010—Sotheby’s clearly has high hopes for the auction, and has placed a pre-sale estimate of between $797,000 and $1.05 million on the entire collection.

The headliner, without a doubt, is a methuselah of Romanée-Conti 2000. “The Millennium vintage exploded on to the horizon with this beautifully balanced wine, so ripe and with such fresh acidity—those wonderful old vines immensely contributed here,” Serena Sutcliffe, the honorary chairman of Sotheby’s Wine, said in a statement. “Opulent, complex, refined and intricate, with a huge dollop of 2000 charm.” This selection has a pre-sale estimate of between $163,000 to $209,000.

As sky-high as the pre-sale estimates for next month’s lots may seem, they may actually be right on the money, as the Burgundy auction market is experiencing something of a boom right now. Last month, a methuselah of Romanée-Conti 2002 sold for a stunning $398,000 at auction in Hong Kong, setting a new record for a bottle of the wine in the process. Unfortunately, nothing from 2002 will go up for grabs next month—but there is still plenty else to excite collectors and enthusiasts.