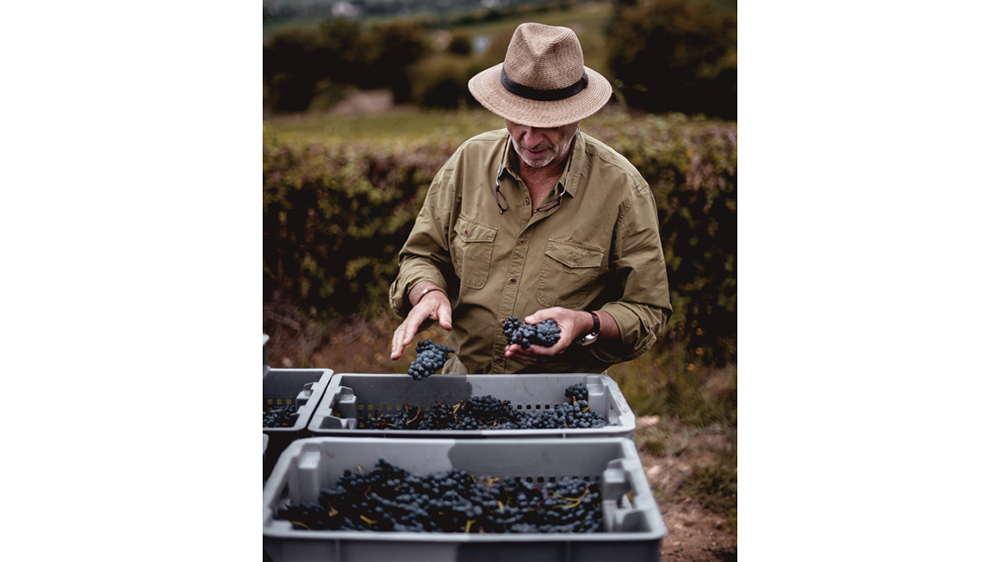 It was no surprise that Philippe Pascal, former CEO of Veuve Clicquot and the Moët Hennessey Group and adviser to LVMH chairman Bernard Arnault, went straight into winemaking after retiring from the company. What was surprising was his chosen location: Givry, a sleepy appellation in France’s Burgundy region.

Sleuthing throughout Burgundy for something special, Pascal and his wife, Catherine, found it in the overgrown vineyard slopes of Givry’s ancient monastery, La Ferté Abbey, which had produced wine in the region going back nine centuries. Pascal, Catherine and their three children purchased the property in 2004 to create Domaine du Cellier aux Moines. “The vineyards and the monastic cellar were in terribly bad shape, but we realized that this ancient estate presented a unique opportunity to rediscover a star appellation for Pinot Noir,” he recalls. And despite Givry’s reputation as a bit player in the Burgundy wine scene, Pascal insists the area has been unfairly underrated.

Julie Dalton, master sommelier and chef sommelier at Houston’s Post Oak Hotel, agrees. “Givry wines have long been undervalued,” she says. “Before phylloxera, the wines from Givry were the most highly sought in the Côte Chalonnaise,” on par with even the famed vintages from the Côte de Nuits. But the decimating effects of the vine-killing phylloxera louse, combined with a labor shortage after World War I, effectively gutted the winemaking in Givry. Now, Pascal wants to return the region to its former glory, which is no small feat. “Centuries ago, the Pope served these wines,” he notes.

Pascal recruited young vigneron Guillaume Marko, who cut his teeth at Domaine de la Romanée-Conti, to help reinvigorate the estate. The challenges have been many—reclaiming the steep, bush-covered hillsides, mapping soils, converting to biodynamic winemaking and constructing an entirely new gravity-fed winery—but the results have been remarkable: Domaine du Cellier aux Moines now produces some of the most coveted wines in Givry. Try the glossy, elegant Clos du Cellier aux Moines 2019 Givry Premier Cru ($75), with its savory notes of cherry and raspberry stitched with an earthy thread of forest floor and orange peel, or the beguilingly complex 2019 Clos Pascal Monopole ($195), a finely structured single-vineyard bottling offering notes of red fruit and blackberry amid a palate of silky tannins.

Pascal’s efforts have also created a ripple effect in the region, with other Givry producers starting to recover neglected, high-altitude premier cru slopes. And while Pascal’s wines are currently among the most expensive in the Côte Chalonnaise, he is quick to note that the price gap between his bottles and those from the Côte de Nuits “is still enormous.” Which means now is a perfect time to pick up vintages for both drinking and cellaring: Enjoying Givry’s finest could soon be a far more expensive proposition.