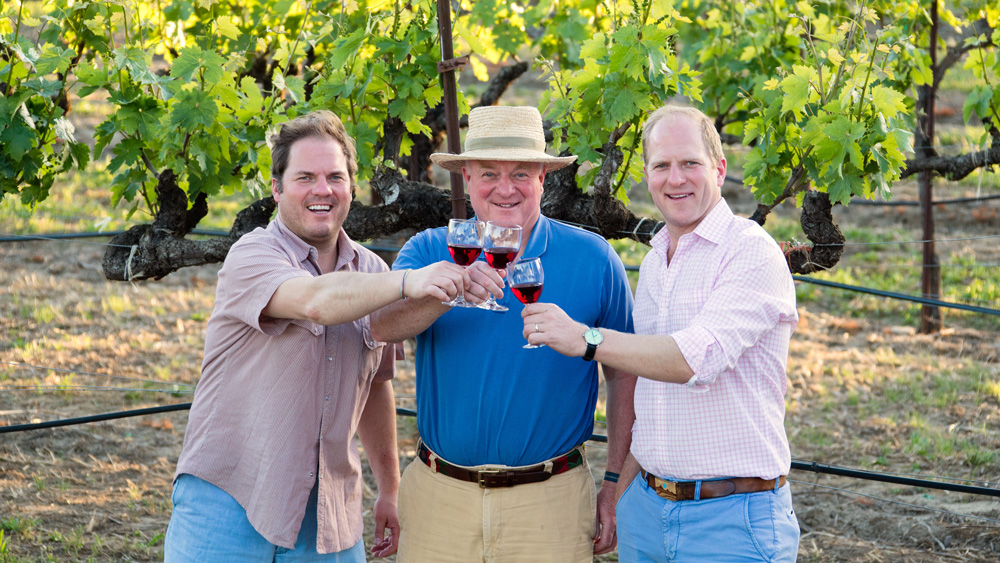 The texts started coming in the early-morning hours of October 9, 2017. Joe Donelan, the patriarch of Donelan Family Wines, was in Boston on business at the time. The sense of urgency and alarm in those off-hour missives from his normally unflappable head winemaker, Joe Nielsen, immediately tipped Donelan to the fact that something terrible was happening at home 3,000 miles away.

As it turns out, a series of fires was spreading fast across Northern California wine country, and it was like nothing the area had seen before. One of those blazes, which had started near Tubbs Lane in Calistoga, was bearing down on the Donelan family’s small winery and tasting room in the Coffey Park section of Santa Rosa.

Nielsen and his family had been evacuated from their home in East Santa Rosa at around 2 am. Several hours later, Nielsen managed to steal his way back into the winery. Alone, and with fire raging all around, he quickly did everything he could to batten down the hatches. Then he bolted, certain that the winery was doomed.

In the end, the Tubbs fire incinerated more than 2,800 buildings in Santa Rosa, but the Donelan Family winery was not one of them. The flames pulled up short a block west and two blocks north. Donelan did suffer tremendous loss at their estate property, Obsidian Vineyard in Knights Valley. The Tubbs fire ripped right through the place, leaving nothing but ashes behind. One month after the fire, we caught up with Donelan.

How are you holding up?

We are feeling fortunate. Our family and staff are safe, but it’s been a wild ride for sure.

You were on the other side of the country when the fires occurred. That must have been a helpless feeling.

It was touch-and-go that Monday [Oct. 9], as most of the information coming out was false. Mobile reception for people on the ground was spotty at best, and a lot of misinformation was being spread via social media. All I knew for sure was that a monster fire was quickly approaching our winery in Coffey Park. If we had lost the winery, I don’t know where we would be.

A good many people in wine country lost everything. How’s the community rallying around these folks?

Our neighborhood was one of the hardest hit. The devastation is so dramatic and heartbreaking. However, true to the human spirit and the nature of wine country, fundraising, rebuilding efforts, and support started immediately. The goal is to forge ahead stronger than before.

What sort of short- and long-term impact will it have on your business?

There has already been a dip in tourism in the area, which is understandable. But all the valleys are still here, it’s a gorgeous time of year, and we’re open. In the long term, I’m sure we’ll need to allocate some of our wines. Increased prices are inevitable, too, especially with the labor shortages. What we’ve tasted from our 2017 vintage is showing signs of some of the best wines we’ve ever produced. I’m hopeful our consumers will see that, too.

What’s it going to take for the region to bounce back and be whole again?

Time. It’ll get better with each day and each year, but it’s something we’ll never forget. The silver lining is that it has inspired people to form new friendships and partnerships, which could lead to some amazing results. We’ve already seen tremendous efforts by the sommelier, restaurant, and hotel communities who’ve rallied around Sonoma and Napa wines. And that’s really going to help make us whole again.