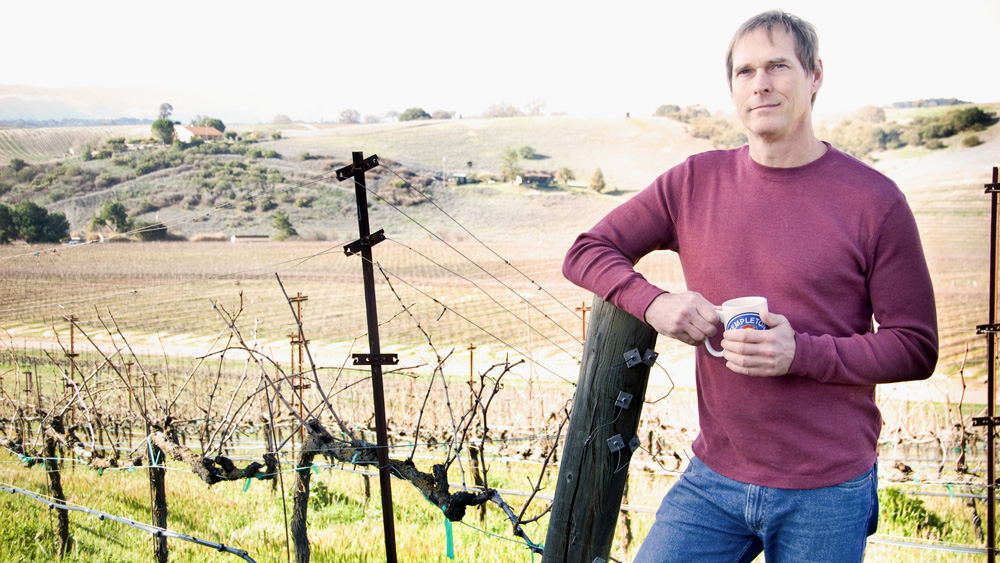 Before Terry Hoage began crushing grapes for a living, he gave it good to running backs and wide receivers. A safety at the University of Georgia in the 1980s, Hoage was a two-time all-American, Heisman Trophy candidate and 1984 SEC Athlete of the Year. He went on to play 13 years in the NFL, where he won a Super Bowl (with the Washington Redskins in 1992) and did a stint with the Philadelphia Eagles, who will square off against the Patriots this Sunday in Super Bowl LII.

These days, Hoage is the proprietor and winemaker of TH Estate Wines in Paso Robles, where he and his wife, Jennifer, produce Rhône-style wines at their organically and sustainably farmed estate in the Willow Creek AVA. We checked in with him on the eve of the big game for his thoughts on grape skins and pigskins.

Playing football at the level you did for as long as you did obviously required a tremendous amount of hard work and discipline. How does that compare to the level of dedication you put into creating a successful winery?

I think it was [Alabama football coach] Nick Saban who said [that] everything has its process, and if you believe in that process and dedicate yourself to it, you’re going to be successful. You have to buy in. You can’t get distracted. That’s how I approached playing football, and it was the same thing with the wine industry. My wife, Jennifer, and I figured out after a couple of years what we wanted to be in the wine business—something small, not a behemoth—and we started working that process until we started having something to show people.

You had some help along the way, too.

We were incredibly lucky to have a great teacher like Justin Smith [of Saxum Vineyards] to help us, to point us in the right direction and provide a foundation for our process.

What would you say is more socially acceptable—drinking fine wine at a football game or talking football at a fine-wine tasting?

Do you think former New England Patriots quarterback Drew Bledsoe ever worries that Tom Brady might someday move to Walla Walla, open a winery, and put him out of business?

I think Drew’s doing pretty well with his winery [Doubleback].

There are lots of current and former professional athletes and coaches in the wine business. Do you have any favorites?

Oh, boy, you know, there’s so much wine out there . . . I have trouble just trying all the wines here in Paso Robles. [Former Philadelphia Eagles coach] Dick Vermeil does a nice job. He’s always out there working it.

You played for six different NFL teams, including the Eagles. How do you think your former team will fare this weekend?

I was drafted by the Saints, and I loved it when they won the Super Bowl. But I have to say, Philly’s something different. Once you go there, you’re kind of a fanatic for life. So I’m rooting for the Eagles, for sure, and I hope they do well.

So you think they’re going to win?

That’s why they play the game. We’ll see what happens.