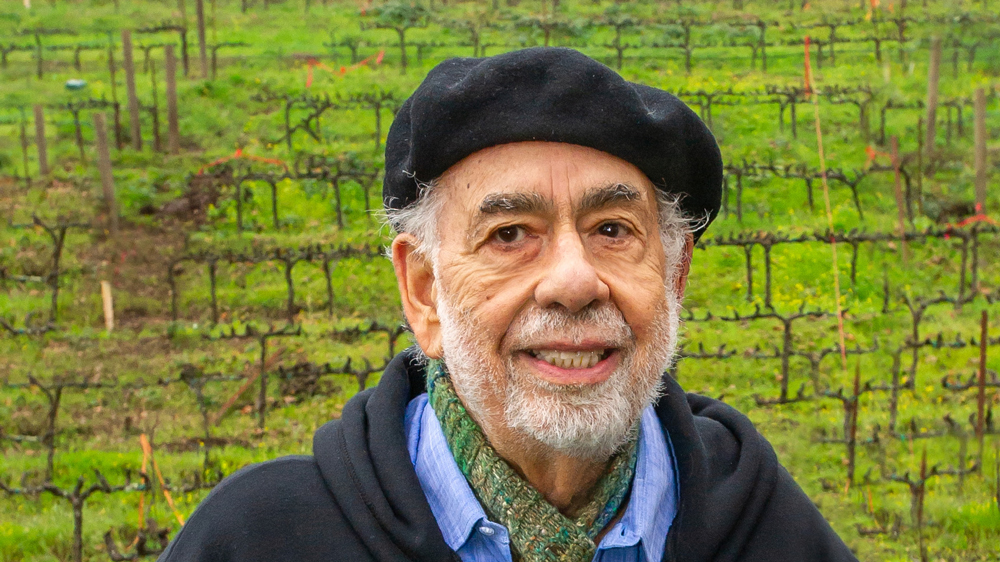 In the 1970s, as America was mired in the aftermath of war, civil unrest and a scandal that brought down a president, the paranoid thriller became a thriving film genre unto itself. Movies like The Parallax View, Klute, All the President’s Men and Three Days of the Condor captured the attention of a country on edge.

In the middle of the decade, coming off of the success of The Godfather, Francis Ford Coppola had the green light to make any movie he wanted. Yes, he shot another edition of the sprawling Corleone epic, but he also spent his capital in Hollywood to create a taught, conspiracy-minded film that became a classic of the paranoid thriller genre: The Conversation.

Now, the legendary director is offering the opportunity to discuss the film with him while enjoying a selection of his favorite bottles from his Sonoma winery. It’s part of his Art+Wine series, where for $800 you’ll receive a first edition of The Conversation screenplay signed by Coppola, a digital code to download the film and late this summer you’ll receive an invite to a live, online conversation with the director about the movie. And to pair with the film and the discussion, Coppola is including 24 bottles of his wine.

“These are from the Director’s Cut collection, which are the premium tier in our offerings,” Coppola tells Robb Report. It includes his personal favorite of the collection he’s dubbed “Cinema,” which is a blend of Cabernet Sauvignon, Zinfandel, Syrah and Petit Sirah from Sonoma.

The film is also a personal favorite. The Conversation is the story of Harry Caul (Gene Hackman), a surveillance expert driven to obsession by a young couple he’s eavesdropped on and believes they are in danger. “I had been inspired by the film of [Michelangelo] Antonioni called Blow Up,” Coppola says. “It made me to wish to write that type of art film, about a professional eavesdropper, and that led me to a conspiratorial, paranoid story.”

The Conversation won the Palme d’Or in Cannes and was nominated for Best Picture and Original Screenplay at the 1975 Academy Awards alongside The Godfather II, which Coppola won Oscars for in Adapted Screenplay, Directing and Picture. It may not seem like the most lighthearted film to take in with a glass of cab on a Saturday night during quarantine, but it’s a movie that still resonates nearly 50 years later in the age of social media and Edward Snowden’s NSA surveillance revelations. “Modern technology, including AI, has made us all the more aware of how thin protections of privacy are,” the legendary director says.

Coppola is considering future pairings of wine, movies and film discussions, but The Conversation was a no-brainer choice to kick off his Art+Wine series. “It’s one of the films I am most often asked about,” Coppola says. “And, frankly, it’s refreshing to me to not always discuss The Godfather or Apocalypse Now.“