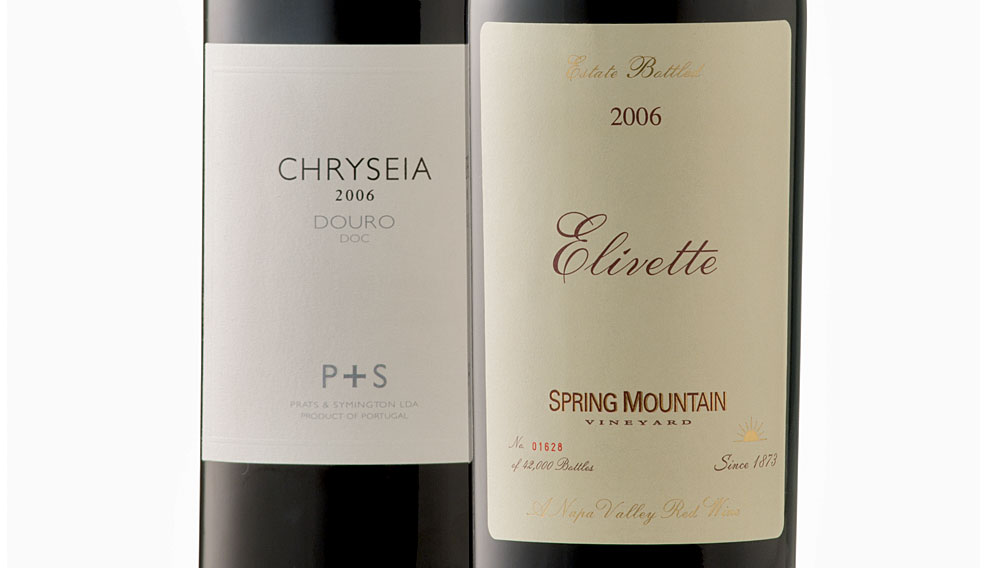 The 845-acre estate located on Napa Valley’s Spring Mountain began as a much smaller concern. At the top of the property stands the original stone winery built by Charles Lemme after he purchased the acreage he named La Perla in 1873. In the 1890s, the Schilling family of San Francisco bought Lemme’s land and combined it with a neighboring property. By this time, two other significant wine estates had emerged on the mountainside: Chateau Chevalier, established by Fortune Chevalier—who came to California during the Gold Rush only to find that importing wine and spirits was more profitable than panning—and Miravalle, the home of a flamboyant farmer from San Francisco who befriended the Beringer brothers. In 1974, the latter property became Spring Mountain Vineyard, whose present owner acquired the other two estates in the early 1990s. These vineyards contribute more than history to the label: The Spring Mountain Vineyard 2006 Elivette, a Bordeaux-style blend, derives its seductive personality from their soils. As in past vintages, this densely structured red is redolent of violets and ripe blackberry, and its exquisite palate, drenched in velvety black cherry, reveals subtler traces of chocolate and fresh nutmeg. ($125) www.springmtn.com

The traditional winemaking methods of Por­tugal’s Douro Valley and those of Pauillac in Bor­deaux, like the two region’s climates, could not differ more. Yet, in 1999, the Symington family, producers of several leading Ports, partnered with Bruno Prats, the former owner of Château Cos d’Estournel, to make table wine from the Douro’s finest vineyards using Bordelaise techniques. The result was Chryseia, an elegant blend of native varietals such as Touriga Nacional and Touriga Franca. The Prats & Symington 2006 Chryseia, which was aged for 10 months in new French oak, piques the senses with deep aromas of clove and cinnamon; on the palate, its refreshing acidity enlivens flavors of red cherry, red plum, coffee, and creamy milk chocolate. ($70) www.chryseia.com