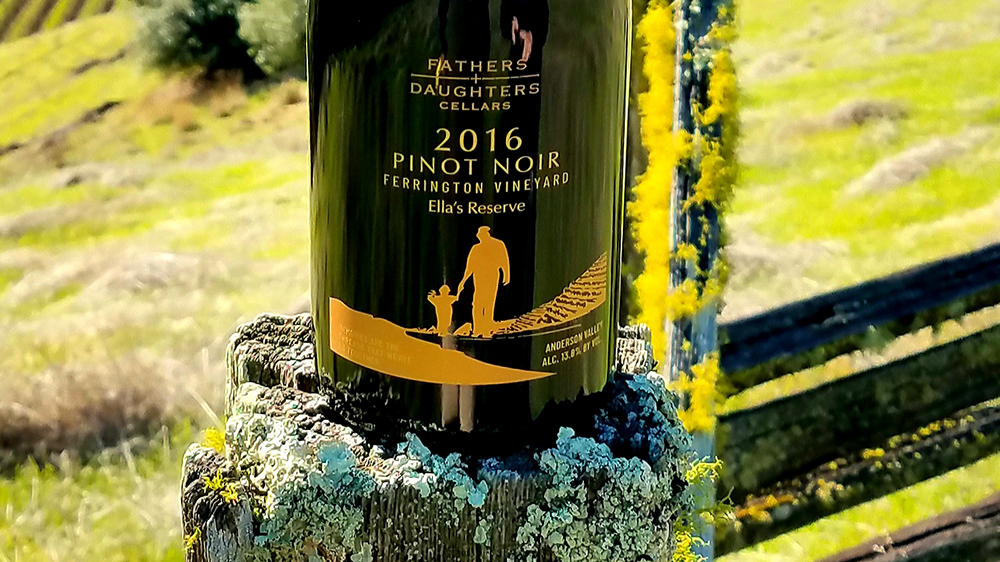 Courtesy of Fathers and Daughters

Fans of Old World wines know there’s a storm brewing on that horizon in the form of new tariffs the government has threatened on a range of European Union products, including most of its wine. What’s on the table this time is no small sum—a full 100 percent. No matter your thoughts about the president’s general wielding of tariffs, it’s hard not to see enormous collateral damage in the US wine industry if these particular additional tariffs are implemented. From importers and distributors to shops and restaurants, small businesses would be devastated by the extra cost of goods, and a substantial number of jobs potentially lost. And, of course, bottles from our favorite European regions would become prohibitively expensive. A short-term strategy on this front is simply to speak up. Until January 13, the Office of US Trade Representative is taking comments on this latest proposed round of tariffs here.

This would also seem like a good time to take another look at tactics for finding great West Coast bottles to fill in for those until-now, reasonably priced wines from Old World regions that might be getting a lot more expensive soon. We’re not talking about the equivalent of top Bordeaux, Burgundies or Barolos, but wines that drink like they’re over that $100 mark but in fact are under and that don’t necessarily warrant years in your cellar. These bottles beg to be popped open any night of the week.

Here are the secrets to finding the best ones:

The s most of the buzz about the West Coast’s high-end producers comes from their Napa Valley wines. But follow them to projects in other regions, and you’ll find the same terrific nuance in winemaking, with slightly less sticker shock.

There’s no rule that says world-class reds have to be made from Cabernet Sauvignon and its Bordeaux cousins. Sure, its reputation for noble structure and longevity makes Cab an attractive inhabitant of well-heeled cellars (running up the price tag of top bottles). But that leaves a world of exciting varieties stuck with a glass ceiling—they will simply never command the price of a great Cab, and yet equally talented winemaking is being brought to bear on the best versions. High on our radar at the moment are Zinfandel and Syrah. On the former front, many winemakers are shifting from the over-ripe, jammy, high-alcohol versions of a few years ago, and finding grape sources in some of California’s oldest vineyards, for beautifully balanced, deeply concentrated Zinfandels. In the case of Syrah, more winemakers, too, are avoiding the fat, blousy style that very warm sites can produce, and instead are sourcing from much cooler places. Their best bottles balance fresh acidity with dark fruit, and make the most of the variety’s intriguing wild side—flavors like cured meat, savory herbs, tobacco and leather.

3. Look to Regions that Don’t Have Napa or Sonoma in Their Names

Okay, this isn’t exactly a novel strategy, just a reminder that outside the West Coast’s crown-jewel regions, much spectacular fruit is being grown, and brilliant winemaking is turning it into bottles worth seeking out. How often have you heard wine writers (this one included) say of a region, “This is like Napa Valley 30 years ago.” The truth is, though, no other appellations will ever turn into Napa Valley, and that’s a very good thing—their best wines will always be more affordable because of that. We could focus on any number of terrific winegrowing regions here, but a starting point for fact-finding missions this year would include Anderson Valley, Santa Barbara County and Washington State.

Here’s where we usually advise relying on entry-level bottles from your favorite high-end producers, for tippling on Tuesday night. But collectors already know that wines from the winemakers they most respect are going to be good from top to bottom. Instead, take a look at top bottles from larger wineries generally perceived to be highly affordable. These bottles are the beneficiaries of the best vineyard sources the producers have access to, and often expensive new oak. And yet tied to the large-production reputation as they are, with a ceiling on price, they often punch above their weight.

5. Drink the Other French Bubbly

Where would we be without Champagne to mark our finest moments? But what to do when you need a midweek pick-me-up and the menu consists of fish tacos? Just choose a sparkler from one of the eight regions in France—outside Champagne—allowed to make bubbly. The varieties used in these crémants, as they’re called, vary from region to region, but the regulations are stiff, as they are in Champagne. The grapes must be harvested by hand, for instance, and pressed very minimally. The absolute quality guarantee, though, is that the same, painstaking (expensive) fermentation process that’s adhered to in Champagne—in which the second fermentation takes place in the bottle—must be used in a crémant. The bottom line is, there’s an awful lot of good winemaking for the price. Even if new tariffs do come into play, these bottles will likely remain affordable.