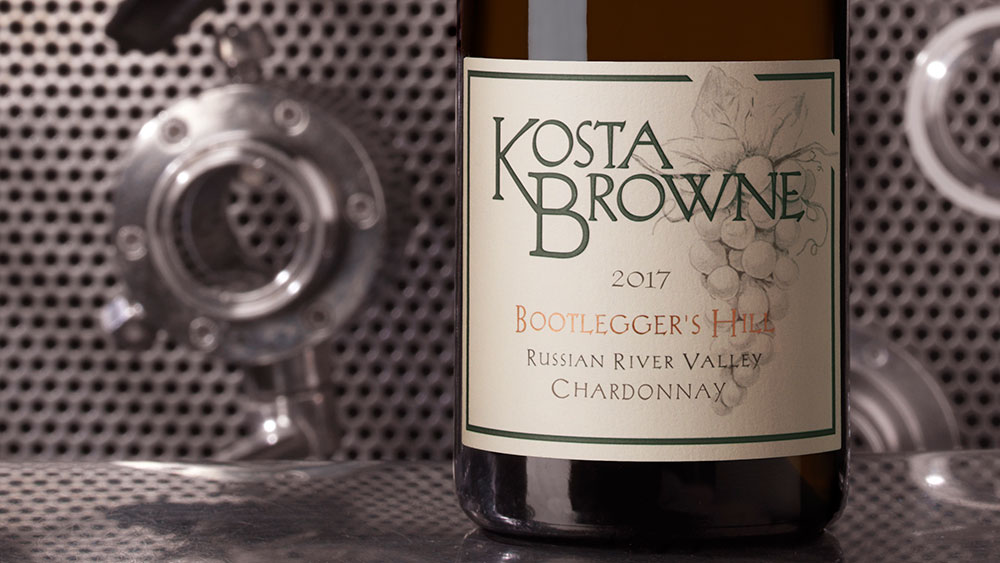 Chardonnay is often called the queen of California grapes. In that metaphor, of course, Cabernet is king. But the truth is, Chardonnay is our first love in the US. According to the California Wine Institute, 18.6 percent of the wine we drink is Chard, far more than Cab. And for better or for worse, depending on your taste, much of that ocean of white earned the reputation for a “California style” through generous whiffs of butter and oak you get when you stick your nose in the glass. To put it bluntly, too many Chardonnays are simple, fat, and flabby, and—when its at low-ish price points—the oak’s not honest; it came in the form of chips or powder.

Granted, that describes more bottom- and middle-shelf bottles than those on top or locked in the glass case. But through the years, even the best producers (think Helen Turley, of Marcassin) loaded up their Chardonnays with new oak, so that what exuded from the glass was vanilla and toast, not fruit or other flavors derived from the site. All of that spawned a movement I joined myself: the ABC drinkers (Anything But Chardonnay). Now, though, I’m abandoning my membership in that club. Tastings in the last several years have made it clear that new values have taken hold at the top. Descriptors in high demand run along the lines of “freshness,” “energy,” and “tension.” (That last has become an asset instead of a liability in the language of wine much like “disruptive” has in the worlds of business and technology.) Another current favorite adjective in the Chardonnay lexicon now is “Burgundian.” The reference attempts to channel the source of some of the world’s most highly regarded Chardonnays, of course, but in truth, its meaning is more than a little squishy in the context of California. What, exactly, is Burgundian winemaking or wine character?

Clarity on that front spooled out in a recent retrospective tasting of Hyde de Villaine Chardonnays going back to 2003. Jointly owned by the Hyde family, whose Carneros vineyard has been a California gem for decades, and the Villaine family, who co-own and codirect France’s legendary Domaine de la Romanée-Conti (the two families are related by marriage), HdV can claim the ultimate Burgundy chops. But Aubert de Villaine, founding partner and director of winemaking, makes it clear that they are not trying to make white Burgundy in Carneros. “We bring our heritage, our experience,” he says, “from the Old World to the New. We don’t copy Burgundy, but translate it to California.”

The vintages in our tasting vary widely from year to year (surprising, at first, to French-born consulting winemaker Stéphane Vivier, who admits he came with the preconception that in California, every year is the same), but through all runs a vividness, a brightness, with unashamed minerality and a savory salinity. “Our job,” says Vivier, “is to translate the energy from the vineyard to the glass.” And the minimalist winemaking he and winemaker Guillaume Boudet (also French-born) describe is inspired by their Burgundy heritage. “The biggest part of our job as winemakers happens in the vineyard,” says Boudet. “We do everything possible there to achieve the finest quality and balance in the grapes so once they get to the winery, there is nothing to change.”

Where it sits in Carneros, the Hyde Vineyard enjoys constant breezes off San Pablo Bay and the Pacific Ocean, with cool temperatures and fog. “This allows us to retain the natural acidity in the grapes as they ripen, because the sun and heat don’t degrade it,” explains Boudet. And Larry Hyde has worked to capture that weather, reorienting vine rows parallel to the wind channels instead of perpendicular, so the wind runs inside the rows, along each vine.

Beyond establishing perfect vine balance, the decision about when to pick is crucial. According to Boudet, “It’s about finding the right window where skins, seeds and stems are ripe [they whole-cluster press] and sugars, acidity and flavors are balanced. After that, he makes it sound easy: “Our job in the cellar is to babysit the wines and let them fully express their natural characters independently, with very minimal intervention.” He admits, though, that’s not exactly a cake-walk. “It’s much more challenging to take a step back rather than always trying to fix something in the wines.” His “babysitting” generally involves aging on fine lees (but no stirring) in French oak chosen for preserving structure, not introducing sweetness, with only 15 to 20 percent new. That’s it—no racking, no fining, no filtering.

If Hyde de Villaine brought inspiration from Burgundy from the get-go, in Sonoma, legendary Kosta Browne (known for Pinot Noir), is cooking up more of a Chardonnay revolution, which is number two on our list of why we’re into this white wine again. With the 2015 vintage, according to winemaker Julien Howsepian, they “took a leap of faith” and picked some vineyards much earlier than usual. The two wines that came of the experiment—the 2015 El Diablo and the 2015 Bootlegger’s Hill—shaped their Chardonnays of the future. Howsepian describes them as “energetic in spirit but rich in body. It wasn’t until those two wines,” he says, “that we identified a style of Chardonnay that we enjoyed producing, enjoyed drinking, and believed in as the future of Kosta Browne Chardonnay.”

In pursuit of “precision, purity and pleasure,” Howsepian chooses cool vineyard sites (no tropical notes allowed) and, like Boudet at Hyde de Villaine, picks at maturity as balanced as possible. Kosta Browne fermentations are natural and slow and its oak both new and used, in various shapes and sizes, from traditional barrels to puncheons to casks, to tease out complexity. (Sometimes the oak is even Austrian.)

Howsepian doesn’t shy away from comparisons to France’s great Chardonnay region: “Burgundy is synonymous with the highest quality, complexity, intrigue and fascination,” he says. “However, it’s important for us to remain unique and stylistically at arm’s length. We strive to one day evoke Californian Chardonnay across the globe in a similar vein as Burgundy, in terms of quality and distinction.”

Clearly, he’s talking about a new California distinction, not the unfortunate style of old. Here are 10 bottles from recent tastings that are advancing the cause as well.