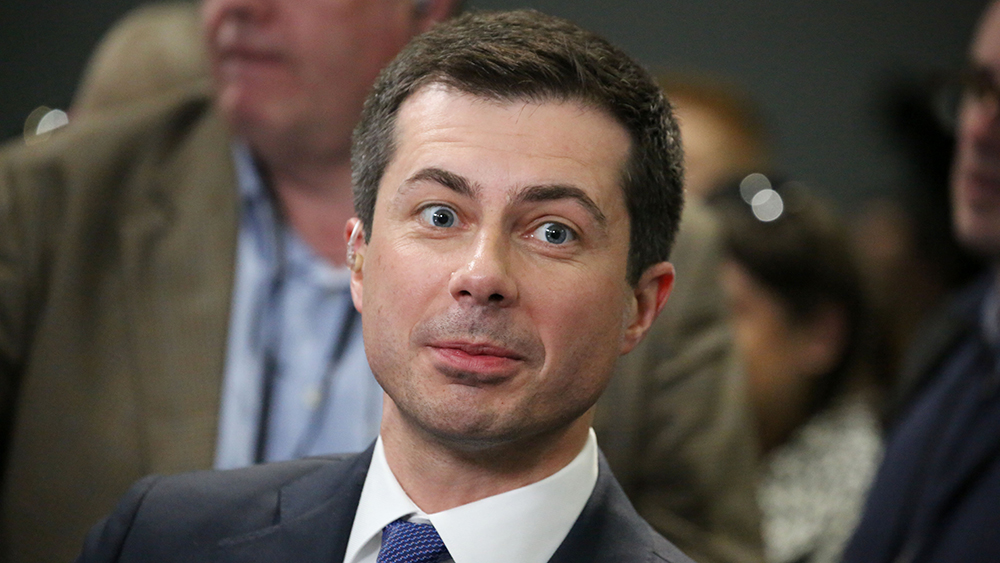 Thursday night’s Democratic presidential debate was a hot one. The amount of fiery back-and-forth seems to have an inverse relationship to the narrowing field of potential nominees. One major point of contention from the evening involved Mayor Pete Buttigieg and a fundraiser he recently held in a tony Napa Valley wine cave.

The discussion was prompted by a comment from Elizabeth Warren, who took issue with the fundraiser—and specifically its location in the Rutherford Chandelier Room on the Hall Wines estate in Napa Valley, California. Or as Warren put it, “a wine cave full of crystals.”

Regardless of your political leanings, the exchange instantly made Hall Wines the most famous (or at least most searched) wine cave in America for a night. Here’s what we know about it.

The room gets its name—and the Warren description—from a Donald Lipski light fixture hanging from the vaulted ceilings that was made with 1,500 twinkling Swarovski crystals. An expansive cherry hardwood table lies directly beneath and is illuminated by a backlit onyx center that has all the allure of candlelight and none of the flame.

Here are some photos of the Buttigieg fundraiser in Napa — with the famous wine cave and the chandelier with 1,500 Swarovski crystals — that @BrianSlodysko wrote about.https://t.co/0sprQ3aDsy pic.twitter.com/3waO6jO93L

It’s a Striking Event Space—And It Has Hosted Fundraisers for Other Politicians, Too

It’s not a bad setting for a multi-course dinner, and that appears to be exactly the kind of evening almost anyone can have in the space. (While the winery didn’t respond to requests for comment about what services it provides its guests, reporters have noted the space has hosted fundraisers for a number of politicians in the past, including House Speaker Nancy Pelosi.) Interested parties can inquire with the winery for more specifics, including private tastings and tours. One thing that’s unambiguous is how attractive the space is. One Yelp reviewer called the space “the most beautiful tasting room in the valley (probably in any valley).”

HALL Rutherford was recently awarded the @tripadvisor 2016 Certificate of Excellence! Reserve a #tour and tasting, and explore what makes this a one-of-a-kind #wine experience. http://www.hallwines.com/visit/winery-experiences/rutherford-tours

It Was Founded by One of Bill Clinton’s Former Ambassadors

Founded by Kathryn Walt Hall (who, as the former American ambassador to Austria, knows a thing or two about politics and diplomacy), Hall Wines is the culmination of decades of experience in the wine industry. Hall’s family first entered the business in the ’70s with the purchase of their first vineyard. Today, Hall operates 150 acres of land; roughly half of its yield goes to craft wine varietals under its own label. All of them can be sampled in the Rutherford room located on the Hall’s Sacrashe vineyard.

You Don’t Have to Run for President to Rent It

If you’d prefer something a little airier than the enclosed chandelier room, the building also has a spacious patio with sweeping views of row upon row of grapes and mountains in the distance. You can organize your next important event in both spaces—and unless you’re planning on entering the 2020 presidential race, we’d bet you won’t face as much scrutiny for doing so.