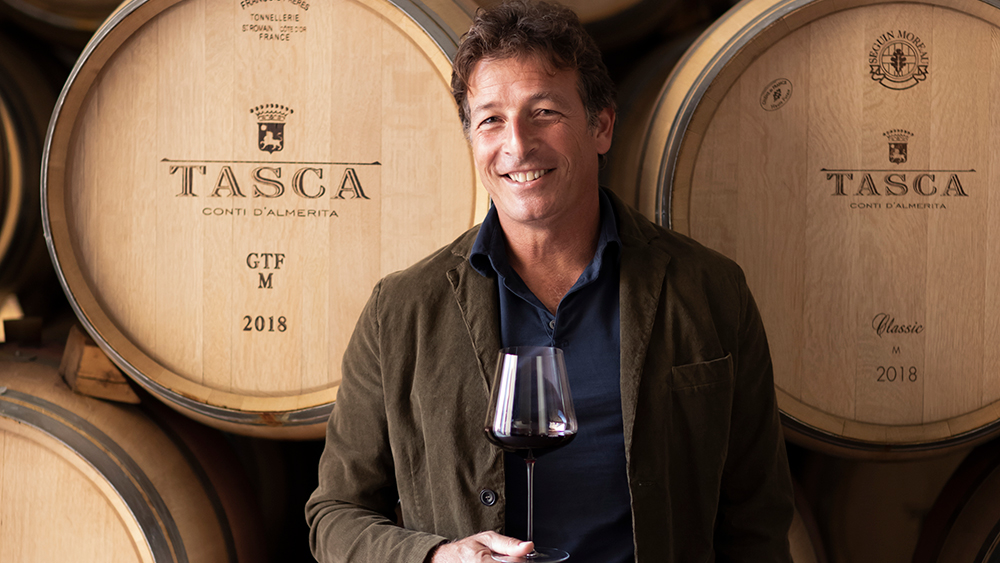 As the growing season really kicks off in wine country, much hasn’t changed this year in the vineyards, despite the almost-complete disruption to life that this year’s novel coronavirus has caused. As in every year, decisions about canopy management will be weighed based on unique weather developments, crop thinning will be considered based on yield and vine balance…. The growing and making of wine is considered essential virtually worldwide. But even as those annual processes continue, endless complications have been layered over regular tasks to keep everyone as safe as possible. Vintners have adjusted to the virus, in their vineyards and their cellars—to say nothing of the shape-shifting landscape of selling their wine.

Producers around the globe (well, at least the northern half of it) are facing enormous challenges to their businesses at a time when the earth is set to produce another vintage. Tasting rooms have no tasters. Export orders are all but on hold. And restaurants and bars, robust drivers of wine sales in normal times, are just now haltingly tackling the barriers to reopening.

In Italy, one of the hardest hit wine-producing countries of all, devastating scenes of overwhelmed hospital workers, and more heartening scenes of residents singing on their balconies in solidarity became familiar early in the pandemic. But what’s the reality in the vineyards and cellars across the country’s vast winemaking regions? For a snapshot, we checked in with three producers—Giampiero Bertolini, CEO of Montelcino’s Biondi Santi; Axel Heinz, estate director of the Frescobaldi family’s flagship Masseto and Ornellaia wineries in Tuscany’s Bolgheri region; and Alberto Tasca, CEO of the Tasca d’Almerita family’s five estates in Sicily—to understand how their perspectives have changed (or not) as vintners in a ravaged country.

Except for pruning, an obvious vineyard task early in the year, the virus invaded at a relatively slow time for growers. With that changing, as vines leaf out, Italian producers are taking their country’s safety regulations seriously. At Biondi Santi, says Bertolini, the small office staff retained are “all working in compliance with sanitary recommendations, respecting distances, sanitizing offices. And in the cellar, we are able to continue our regular processes, again, in compliance with recommendations.” Detailed work marches ahead in the vineyard now as well, where Biondi Santi focuses a great deal of effort. “From February to November, taking care of the vines, we have an average of eight or nine steps per year, from pruning to harvest,” says Bertolini, “and we will be following all of them this year.”

Still, all of this is anything but business as usual. “This puts everything in a different perspective,” admits Bertolini, who has had a close-up view of northern Italy’s overwhelmed healthcare system. “Everything becomes relative! Personally, I feel very sorry for the thousands of people dying every day, and all the medical teams involved in this pandemic directly. We will try to provide a small contribution to the situation by giving funds to local hospitals, because we feel a part of our Montalcino community.”

At the southern tip of the country, in Sicily’s Tasca d’Almerita vineyards, Alberto Tasca describes a similar stage, with pruning in the rear-view mirror and spring tasks in the offing—“suckering and hoeing, and the first green pruning to remove surplus leaves and buds, to ensure the vines have the right balance and perfect ventilation to avoid disease and guarantee good grapes.” This will all go on, as in Montalcino, with carefully choreographed safety procedures.

But for Tasca too, what’s happening in the community is heartbreaking. “The stark reality,” he says, “is not just the ever-present threat posed by COVID-19, but more than ever, the extreme poverty we are now witnessing on a daily basis. We cannot merely talk about the difficulties we are experiencing as wine producers. Today’s threat is far more brutal: As work dries up across the country, people no longer have sufficient money for food. We need to act now.”

The reality that’s emerging for Italy’s vintners is complicated—with concerns piling up, from workers’ safety to growing-season priorities to the future of their industry. For Axel Heinz, of Masseto and Ornellaia in far-western Tuscany, a stunning new winery the estate built last year for Masseto is an unexpected boon during this year’s crisis. (It would be more accurate to say “excavated” instead of “built,” to describe how the winery came to be, as it’s entirely underground, directly beneath the legendary Merlot vineyard the wine is made from.) “The fact that we built a winery with a clear idea of how we wanted to work best for the wine,” he says, “will prove to be an advantage in this moment. The organized spaces allow us to have everybody working at a safe distance from one another.”

In the next breath, Heinz is looking ahead: “It’s certainly not an easy time, but we will have to continue to operate, as the vines will go through their usual growth cycle, pandemic or not. I am convinced that when everything will be over, we will come out stronger than ever. The current situation will teach us to focus on the essentials, on what really matters in our everyday job as vintners—and as humans most of all.”

The vineyards produce regardless of a pandemic.  Photo: Biondi Santi

All three producers, in fact, move quickly from their own unique challenges to their communities, and from there to Italian winemaking as a whole and on to our connections in the global wine industry. Clearly, as business and life begin opening, haltingly, from region to region, this is a reflective time. And against the backdrop of recent pain, there’s optimism. While Biondi Santi’s Bertolini is clear that the industry throughout the country is facing a huge financial hit, which, in his view, is leading to cost cutting and difficulties managing production, and he calls on both the Italian government and the EU for a cash injection soon, he also finds hope in the country’s resiliency in the past. “I see this as a very similar situation to the one we underwent after the Second World War,” he says. “Italians created the conditions to have a growing economy, with a combination of creativity and tenacity. Italians, when forced, are very good!”

In the south, Alberto Tasca couches conditions in comparison to those of 2008 and 2009, when falling sales forced hard choices in the vineyard and for the harvest. “This is far worse,” he says. Yet “Sicily is a land that has known many conquerors and invasions and peoples. It is a land that prides itself on resilience. It may be challenging right now both for Tasca and for Italy’s wine industry as a whole, and no one can say quite what the future will hold, but we all have a fervent desire to move forward, to emerge from these months stronger and more closely knit than ever.”

Tasca gets to the bottom line quickly: “For Italophiles and all wine lovers, the best thing to do is to support us through buying Italian and coming to visit us—our beautiful regions, history, and nature—when we are able to welcome you once more and share a glass among friends.”

That trip to Italy might be a little impractical in the short term. But drinking Italian is not. Here are some bottles from these three producers we heartily recommend.

Just released under a new program giving the wine more time in bottle, this is a powerful but elegant Riserva. Bright red fruit—raspberry, cranberry, and cherry—is layered with savory earth and briars, perfumed florals, licorice and spice.

Heady floral aromas and dried cherry join rich loam and telltale tomato leaf on the nose, with a great acidity to fruit (raspberry) balance following on a spicy and powerful but silk-textured palate.

This stunning red might be the best argument yet for taking Merlot seriously. Dark berries, cassis, and spice are layered with savory elements of loam and a touch of salinity. Elegant tannins, great depth, supple mouthfeel and beautiful length add up to “one of the noblest vintages,” as estate director Axel Heinz calls the 2015. ($795)

This all–Sauvignon Blanc white was vinified in oak, about 25 percent of which was new. Beautifully concentrated, it unfolds in the mouth with bright, precise citrus edged with an ocean-breeze salinity and minerality. Fascinating textures give up crushed wild herbs, lovely florals and hints of stone fruit.

Inky and meaty yet deliciously juicy, this Syrah is strong on blue fruit layered with the crushed herbs, leafy tobacco, smoke and cured meat prized by Syrah lovers.

Created in 1970 from Nero d’Avola and Perricone grapes, Rosso del Conte was the first single-vineyard wine in Sicily. The 2014—52 percent Nero d’Avola and 48 percent Perricone—is concentrated and earthy. Briary bush berry flavors have a savory, herbal quality on the juicy palate, with a kick of acidity on the finish.