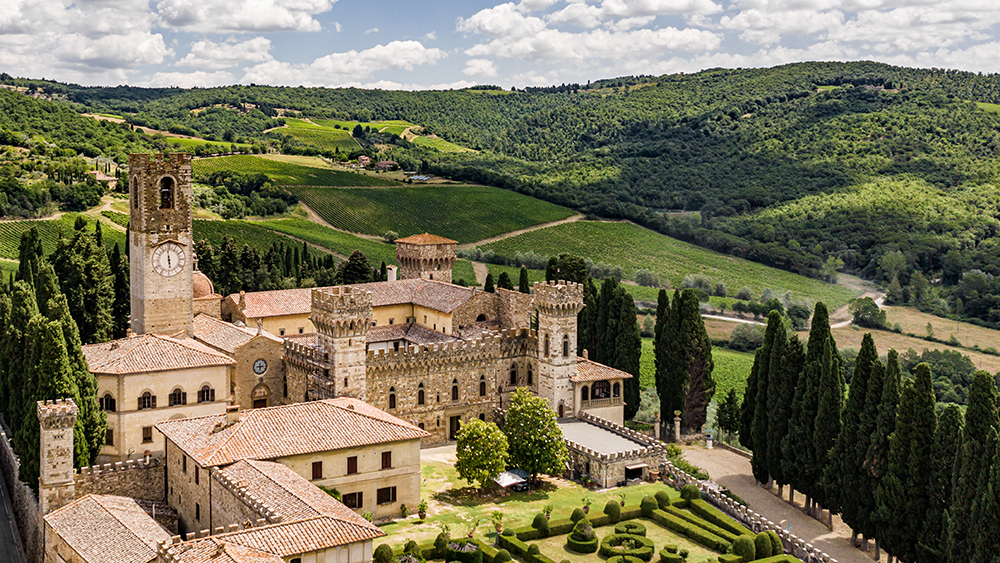 The Antinori family has been a premier producer of wines for over six centuries, with eight historical estates, in addition to other vineyards, now spread across Italy. This year, one Robb Report reader and five guests have the exclusive chance to stay at some of the clan’s most historic properties, meet with members of the family at their palazzo in Florence and taste the most iconic wines from Marchesi Antinori. The seven-day trip will include first-class flights, plus helicopter transfers to the various estates across Tuscany and Umbria.

Among the vineyards you’ll be visiting are Tenuta Tignanello, set amid the rolling hills in Chianti, as well as Castello della Sala, a medieval fortress in Umbria dating to 1350 and known for producing one of Italy’s most sought-after white wines. You’ll also jaunt to the untamed Tuscan coast, where you’ll stop by Tenuta Guado al Tasso in Bolgheri. In addition to wine tasting, you’ll get a feel for Florence’s culinary scene at the historic delicatessen Procacci 1885 and partake in a private meal prepared by Michelin-star chef Matteo Lorenzini of Osteria di Passignano and another at Michelin-star restaurant Enoteca Pinchiorri.

Also on the itinerary: private visits to artisanal workshops and the Uffizi Gallery, special experiences with a prominent automotive marque and a yacht company, and an exclusive tour of the medieval abbey Badia a Passignano, still inhabited by monks and surrounded by vines belonging to the Antinori Chianti estates. While there’s never a bad time to visit, it’s highly recommended to book this trip between April and October.

Upon your return, you will receive an instant cellar of 100 perfectly aged, hand-picked bottles from the experts at Benchmark Wine Group, to be delivered anywhere in the US. The cellar will include Antinori expressions such as Solaia, Tignanello, Guado al Tasso and Prunotto, to name a few. From $862,500