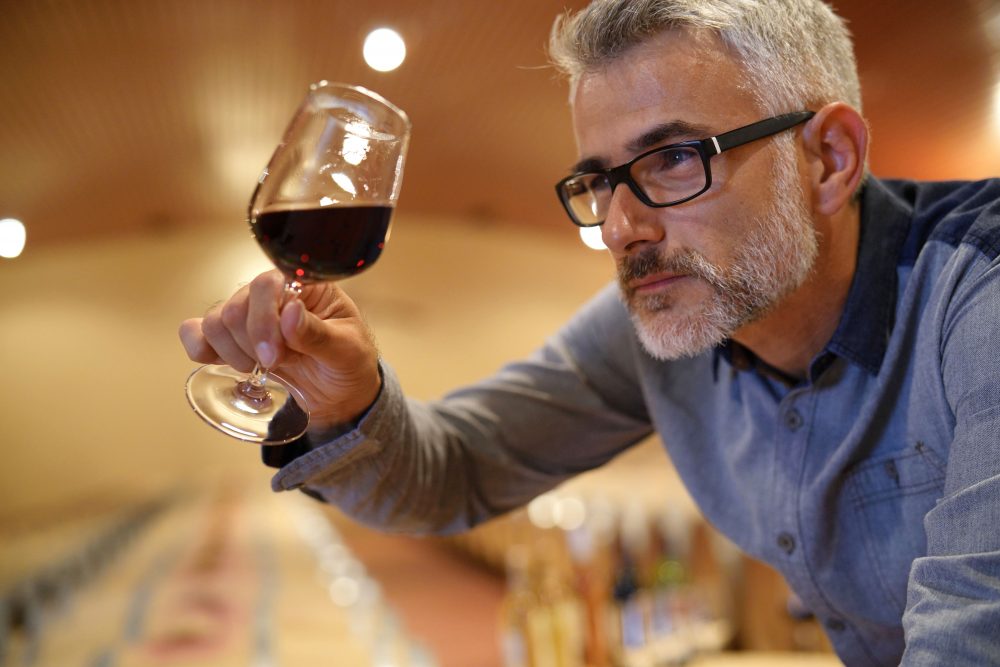 When it comes to opinions on bottles of vino, one thing is absolute: They are incredibly polarizing. Points can help the average wine consumer. The world of wine is vast and complex, with hundreds of varieties and regions, so scores can provide a gauge to purchase wine confidently and independently, even if that shelf talker with a 95-point endorsement is all the buyer knows about that bottle.

A high score doesn’t always mean the wine is excellent, however. In many regions a high score merely reflects the style of wine currently trending or preferred by a particular critic. Over the last few decades, especially in California, that translates into very ripe, concentrated, full-bodied wines with a bludgeoning of new oak. Many high-scoring wines are also transient: Because they are designed to be flashy in their youth, they end up aging about as well as a child star in Hollywood (with some exceptions).

A few years back, I tasted a Cabernet Sauvignon from a respected Sonoma County winery that mainly sells direct to its mailing list, so the winemakers really didn’t care about scores. They simply make wine the way they want, leaning toward the balance of earth and fruit typically found in Old World wines. This 2010 Cabernet from a single vineyard in Chalk Hill was pure magic. It was a near-perfect expression of classically proportioned Cabernet, a style found in the golden era of California before the push in the later 1990s for high scores. It evoked memories of a great Pauillac, a region known to make top wines from Bordeaux’s Left Bank. One month later, a famous critic (to remain unnamed) gave the wine a score of 85! How could a critic who has been scoring wine for decades not see the greatness we did? Simple: We have different taste buds, but also, that classic style was not trending.

Our difference of opinion wouldn’t be a big deal except that this critic, who has demonstrated a preference for ripeness, extraction, and oak, wields enough clout to affect the sales of any given winery. An 85 means a wine might take years to sell through one vintage, but a 95 translates to a quick sellout. So, if winemakers want a high score, picking late and subjecting the wine to heaps of new oak will steer them in the right direction. It also trains consumers, many of whom are seeking guidance, that “good” wines are rich, inky, and oaky. If a Napa winemaker chooses to pick at a ripeness level that was considered perfect in the 1970s, ’80s, and early ’90s, he or she will likely score below 90 points.

A large percentage of high-scoring wines also do not age well, because wines that are harvested later typically have lower acidity, and acidity is a major factor in longevity. Most of the high-scoring wines I’ve had are far beyond their prime at age 10, whereas the classically proportioned wines are still going strong 10, 20, even 30 years later. To test the system, a friend in Washington State made two wines from the same vineyard: one that he personally enjoyed and one for the critics. Grapes for the first wine were picked at an ideal Brix (or sugar) level (resulting in less than 14 percent alcohol) and put into mostly neutral oak barrels to suit his own vision. The wine designed for scores was made with grapes harvested two weeks later (with much higher alcohol and ripeness), and put into 100 percent new French oak.

He then sent both wines in for scoring. Guess what? The version he loved received an 88 and the other scored a 96!

My point is this: The integrity of classically great wine is at risk for those who enjoy it, especially collectors. Don’t assume the score tacked onto a shelf is Holy Writ—drink and acquire what you like. Above all, remember that wine is about the land, the people who make it, and the friends with whom you enjoy it. A single score never defines the full story.