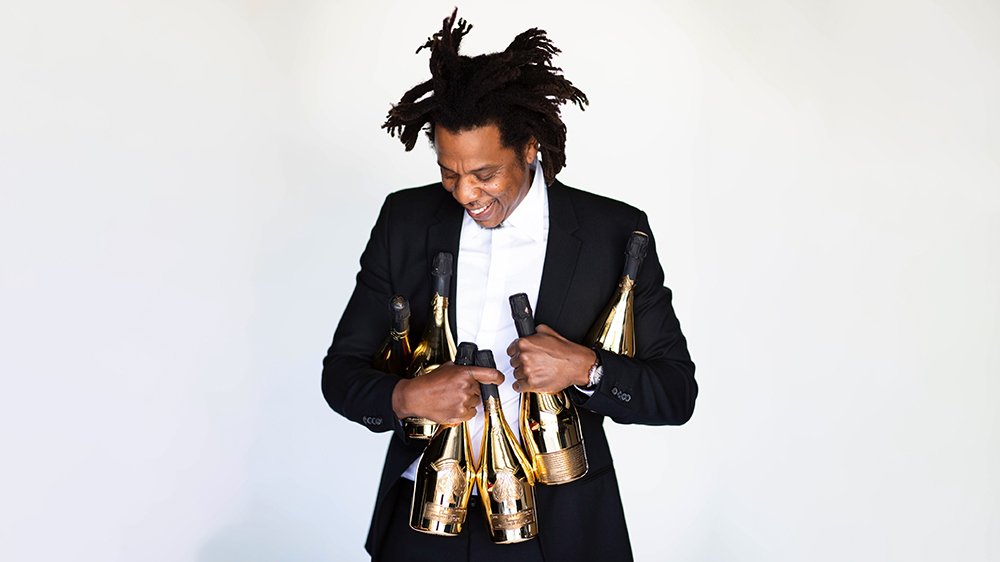 In his ‘96 hit “Politics as Usual,” Jay-Z lyricized “ain’t no stoppin’ the Champagne from poppin’” and it appears he was right on the money. The billionaire multi-hyphenate has entered a deal with luxury giant LVMH in a bid to take his high-end Champagne global.

The 51-year-old, whose given name is Shawn Carter, announced Monday that he had sold a 50 percent stake in Armand de Brignac to LVMH’s Moët Hennessy for an undisclosed sum. The partnership will capitalize on Moët Hennessy’s vast international network, as well as its resources within the Champagne region.

“We are confident that the sheer power of the Moët Hennessy global distribution framework, its unparalleled portfolio strength and its long-established track record of excellence in developing luxury brands will give Armand de Brignac the commercial power it needs to grow and flourish even further,” Carter said in a statement.

Established in 2006, the Armand de Brignac maison, often referred to as the “Ace of Spades,” is one of the youngest in the storied sparkling wine region. It’s known for its glitzy gold bottles of upscale sparkling which are typically priced between $300 and $950. Some rare vintages can net up to $100,000 apiece.

The “99 Problems” emcee has been with Armand de Brignac since the beginning and debuted its signature gold bottles in his “Show Me What You Got” music video in 2006. He started with a 50 percent stake in the Champagne house before acquiring it fully in 2014. Since then, Armand de Brignac has enjoyed a great deal of success. In 2019, it sold more than half a million bottles and has also developed a strong presence in North America, Asia and Europe.

Still, the president and CEO of Moët Hennessy, Philippe Schaus, says the partnership will “take the business to new heights across the world.” Indeed, LVMH is the world’s biggest producer of Champagne and currently oversees a spate of legendary houses, including Veuve Clicquot, Dom Pérignon, Mercier, Ruinart and Moët Hennessy to name but a few. And even as LVMH’s wines and spirits sales fell 15 percent in 2020 due to the Covid-19 pandemic, its 23 houses still managed to collectively pull in about €4.8 billion (or $5.8 billion) in revenue last year.

The move comes on the heels of LVMH’s recent collaboration with Rhianna for the cosmetics line Fenty Beauty and is another example of how billionaire CEO Bernard Arnault is looking for ways to expand and diversify his portfolio to appeal to a wider clientele.

The 50-50 partnership between Jay-Z and Moët Hennessy is designed to ensure that each partner is represented equally.

“We are going into this partnership on equal terms together with Jay-Z and his family and with the same conviction that we are only at the beginning of a wonderful story,” adds Schaus. “Together, we will lay a strong path forward to firmly cement Armand de Brignac as a luxury icon for current and future generations of customers.”