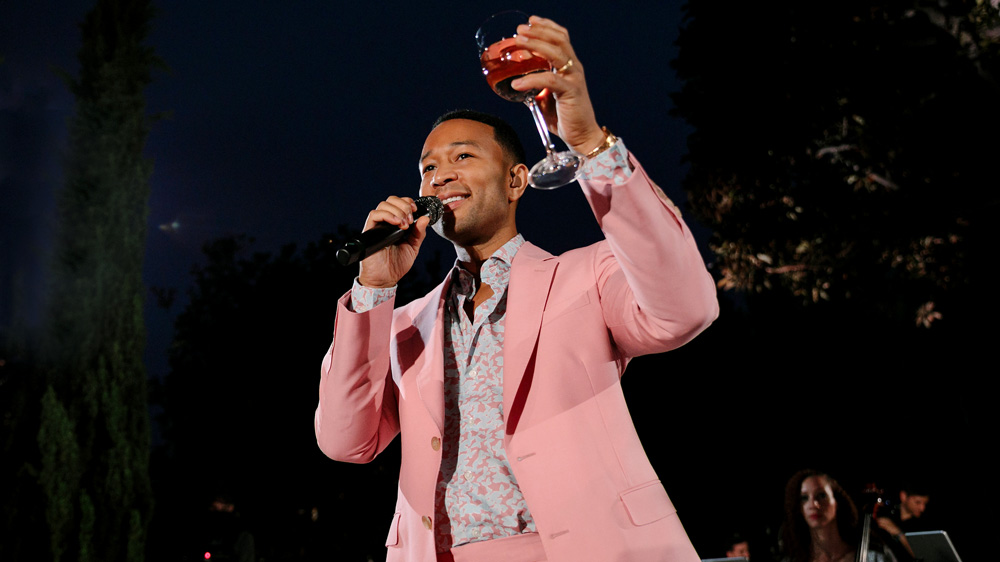 Ask any singer and they’ll tell you that duets can be a risky proposition. Take David Bowie, for instance. In 1982 he teamed with Queen front man Freddie Mercury on “Under Pressure” and created one of the most beloved songs of all time. But three years later, when he joined forces with another legend to remake the Motown classic “Dancing in the Street,” he found that having Mick Jagger on your team is no guarantee of success. Reactions were mixed: Some found the song terrible, others thought it was really terrible. Why did one creative partnership work so well and the other miss so badly? In a word: chemistry.

Luckily, as a Grammy, Golden Globe, Tony, and Oscar–winning singer-songwriter, John Legend understands chemistry better than almost anyone alive. So when he decided to follow through on his longtime dream of becoming a vintner, his top priority was finding a winemaking partner he clicked with on a personal level. Enter Jean-Charles Boisset of Boisset Family Estates, a winemaking legend (ahem) with wineries in Napa, in Sonoma County, and across France.

“From the moment I met Jean-Charles, I knew he was someone who shared that passion and could help me translate it into my own wine,” said Legend, who grew up in Springfield, Ohio, raised by parents who maintained what was essentially a dry household. “They were very religious,” he said, “so receiving communion was pretty much the only time they drank.” Legend has not kept up the tradition. “Wine has become a very integral part of the way I enjoy life,” he says. “From traveling to playing music to restaurant experiences.”

Boisset, on the other hand, was born into an intensely viticultural family. His mother and father founded Jean-Claude Boisset winery in Burgundy in 1961. Three years later they acquired their first vineyard, Les Evocelles in the Gevrey-Chambertin commune. “I have been tasting wine since I was literally two years old and making wine since I was six or seven,” said Boisset. “Getting to know John, I’ve developed a ton of respect for him, not only for being the amazing artist that he is but because he genuinely loves wine. I knew right away that John had that vibrational chord within him. He has the sensitivity and sensibility necessary to create beautiful wine. He knows what he wants, and he’s very, very good at tasting and blending.”

In 2013, the two cofounded Legend Vineyard Exclusives (LVE), a wine label whose first product was a 2013 Cabernet Sauvignon. Since then their portfolio has expanded to include a Chardonnay, a Napa Valley red blend, and their latest creation, Côtes de Provence Rosé.

From the outset, their creative process has drawn inspiration from both the vineyard and the practice room. When Boisset and Legend get together to taste, there’s always a piano in the room, and it always gets a workout, with Legend tickling the ivories as they taste. He plays; they taste. They taste; he plays. Eventually they arrive at blends that are, as Boisset puts it, “very harmonious and fully symbiotic to John’s music and to who he is as a person.”

Other celebrated musicians have tried to hit the right notes with their own wines, to varying degrees of success. Boz Scaggs’s eponymous winery in Napa Valley (no longer in operation) produced a delightful Mourvèdre, Grenache, and Syrah blend. Tool lead singer Maynard James Keenan has played a leading role putting Arizona wines on the map with the stellar lineup from his Caduceus Cellars and Merkin Vineyards labels. On the other hand, if you ask most wine critics, “What would you say?” about Dave Matthews’s Dreaming Tree, they’d likely reply, “I’d say no thank you.”

The LVE Rosé 2017 ($25) seems destined to be a hit, however. It’s made with Grenache, Cinsault, and Syrah grapes harvested in the Montagne Sainte Victoire region of Provence, where rocky limestone soils help produce fresh flavor notes and sweet aromas. The wine is light pink in color, with red berries and peach blossom on the nose. Its crisp, refreshing palate has delicate notes of strawberry and peach, giving way to a lengthy, mineral-tinged finish. Simply put, it sings beautifully, just like the man who made it.