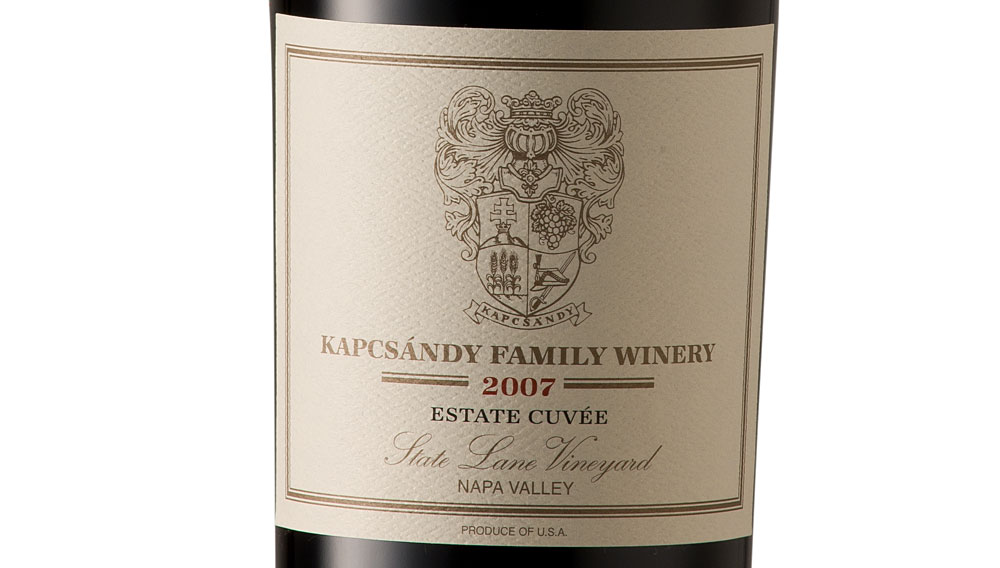 In 2000, the Kapcsándy family purchased the historic State Lane Vineyards in Napa Valley’s Yountville appellation, which previously contributed fruit to Beringer’s Private Reserve Cabernet Sauvignon program. The family enlisted the assistance of winemaker extraordinaire Helen Turley and her husband, viticulturist John Wetlaufer, who applied their magic touch to the first few years of the winery’s production. The 2007 vintage captures the essence of the vineyard with its notes of crushed rock, damp cigar tobacco, graphite, and crème de cassis.