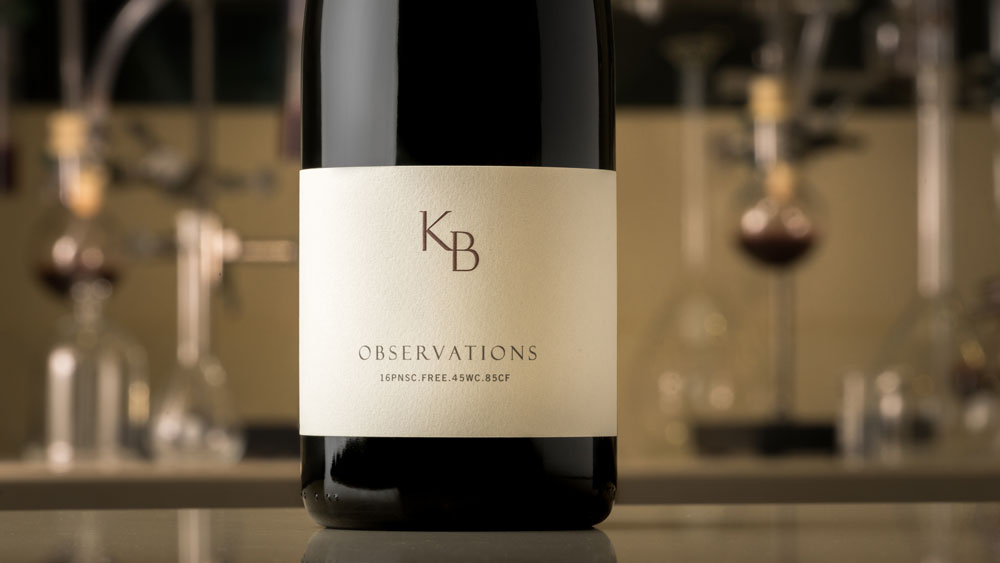 Twenty years ago, Michael Browne and Dan Kosta made one barrel of pinot noir together. The friends became partners (later joined by Chris Costello), and the partnership—Kosta Browne—became one of California’s most revered benchmarks for the wine, with an allocation mailing list famously difficult to break into. Over two decades, Kosta Browne has maintained its icon status under several ownership configurations, upgrading its winemaking space along the way with a new production facility in The Barlow, wine-centric little Sebastopol’s destination for great consumables.

Once again this month, Kosta Browne is under new ownership—this time to Duckhorn Wine Company. As you’d expect during any transition, questions hang in the air about whether the legend will continue from here, polish intact. A recent sit-down (admittedly involving a few glasses of wine) with winemaker Nico Cueva, director of hospitality Damon Wong, and vice president of brand strategy Stephanie Peachey is reassuring. Their plans, at least, for making ever-better wines and becoming more accessible to their members (until now, a bit limited) are in high gear.

“In the first place,” Wong clarifies, “we’re not a fixer-upper!”

A stroll through the new (since 2016) single-vineyard vessel room tells that story—here’s edgy creativity. Small, custom concrete tanks and large oak foudres ring the room, the former put to use with pinot noir, the latter with Chardonnay. Puzzlingly, some of the oval foudres lie on their sides. Cueva explains how that happened: In Italy on a mission for vessels, he was struck by avant-garde potential in the ovals. If they were positioned horizontally instead of vertically, there would be more lees contact without having to stir said lees and lose freshness. Cueva reports the barrel-maker’s reaction: “You’re an idiot! But if you pay me, I will make them for you.”

While surrounded in The Barlow by visitors enjoying the region’s food, wine, and beer, Kosta Browne itself has been mostly closed to the public. Even mailing-list members enjoy wine on the premises only during special events—according to Peachey, “mostly because there was no wine to buy.” Therein lies the success—and failure—of tight allocation lists. This month, the team has cracked the door open and found a way to bring members in for some warm hospitality. On a second floor, overlooking that picturesque vessel room, they’ve built a gorgeous little tasting room dubbed “the Gallery.” On one side, a sweet little marble bar serves as a lounge area; elevated on the other, a handsome tasting table faces a wall of glass. Tasters can expect to observe serenity through the window much of the year and humming activity during winemaking crunch time.

The Gallery is open by reservation to mailing-list members and—inside tip—waiting list members too, which requires just a simple sign-up online. And now there is wine to taste and buy. Two problems have been solved here: Kosta Browne’s famed pinots and Chards have been all but swallowed by its thriving allocation list, but at the same time, winemaker Nico Cueva often turns up very small lots of wine so intriguing that he can’t bring himself to blend them away into the winery’s regular bottlings. The fix? Launch a new label—Observations—to pour in the new perch of a tasting room.

These Kosta Browne wines are unique, sometimes pushing the style envelope. The 2016 Observations El Diablo Chardonnay (Russian River Valley, $95) is intense and elegant at the same time; juicy apple flavors are layered with bright minerality and delicate florals. The Observations 2016 Free James Pinot Noir (from the Freestone area, $150) is a powerful, dark-souled red, showing the effects of whole-cluster fermentation and concrete treatment—a “feral beast with a prom dress on,” as Cueva puts it.