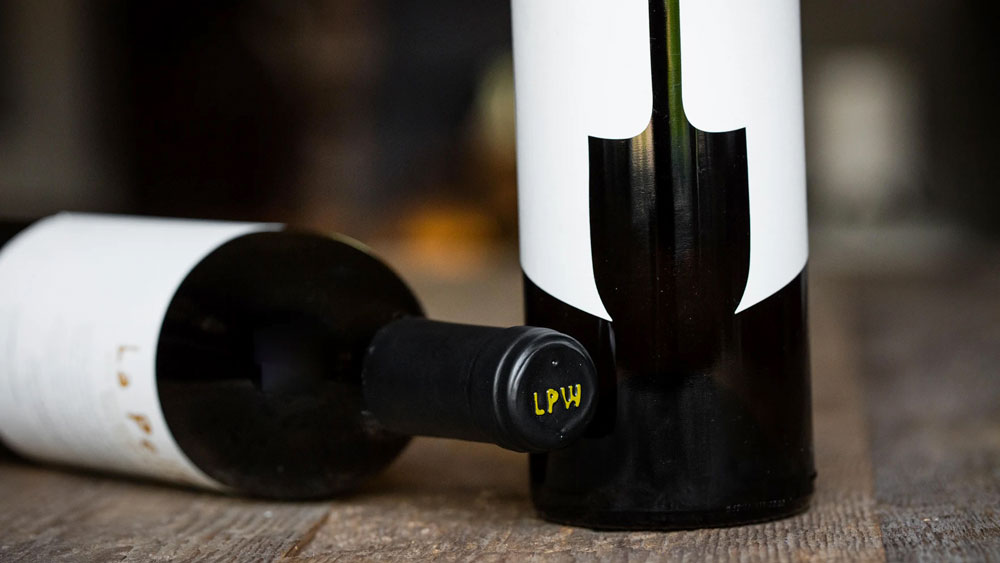 Launching a new wine label in a valley that’s seemingly saturated with notable wineries might seem like a fool’s errand to most of us. But for Maayan Koschitzky—director of winemaking for Atelier Melka—it was a natural path to take. “We live here. We wake up to make wine,” he says. Yet in spite of the fact that he “makes wine” for one of the most prominent wine consultants in the valley (Philippe Melka) and has the likes of Screaming Eagle and Dalla Valle on his résumé before that, Israeli-born Koschitzky knew that his personal project had to have a story of its own.

That story, it turned out, developed in partnership with his close friend Miguel Luna, a partner at Silverado Farming Company—which manages close to 1,000 acres of premium Napa Valley vineyards—and Pete Richmond, who founded Silverado. The truth is, Koschitzky admits, he had the winemaking covered, but in exploring the closest possible relationship with the vineyards through those who walk them daily and have intricate control, he’s able to keep the wine close to the land—create bottles with a sense of place that he feels all great wines need. And at a time when the tools of the trade are taking on more and more technological bells and whistles, the partners’ choice of names is telling: La Pelle (“the shovel” in French). The tool, they figure, covers their process from the first dirt turned in the vineyard to the last tank shoveled out in the cellar.

It’s clear that the partnership with Silverado principals gives La Pelle an inside track to great vineyard sites and focused oversight. Luna, who came to the valley from Mexico and worked his first harvest at 14 (and whose 72-year-old father still spends long days on the seat of a tractor), gets positively animated describing the site-by-site balance they strive for with each vine, from the cooler Coombsville AVA in the south to warmer (but not as warm as you’d think) St. Helena farther up-valley. “You can’t force anything,” he says. Sure, they’re willing to drop crop to lower the yield—if that’s what’s called for.

But Koschitzky chimes in, rejecting cookie-cutter notions like the one that a single cluster of grapes per shoot is the optimum for ripening and concentration. Or that low alcohol in a wine necessarily means it’s fresh. “It’s how you farm,” he says, “to be able to pick earlier. We’ve found that exposing the fruit to light early in the season, to burn pyrazines, and then protecting it with the canopy later is the best balance.” That involves every vine issue from the beginning: pruning, suckering, and laterals. The winemaker speaks of farming, and the farmer speaks of wine style—this is a partnership in the truest sense.

After years dedicated to planning and executing, La Pelle Wines launched just weeks ago with the 2016 vintage. The La Pelle Sauvignon Blanc Napa Valley (a deal at $45) spent a full 20 months in barrel—about 30 percent new oak—and leans toward white Bordeaux with its complex textures and weight from that much time on the lees. But bright Napa citrus (beautiful lime zest) and hints of tart nectarine carry the flavor profile, layered with white blossoms and a resiny herbal quality.

The La Pelle 2016 Cabernet Sauvignon Napa Valley ($75, also a deal) combines the lean and earthy quality of Coombsville with the power of St. Helena. This is a bold wine, with generous blackberry, plum, and cassis layered with tobacco and “mountain herbs” (Koschitzky’s phrase) in a sweet-savory balance.

These are small case productions, still in start-up mode. But it’s not too late to join the mailing list to secure one of the first allocations—six bottles each of the Napa Valley Sauvignon Blanc and Cabernet, and three bottles of the Reserve Cab. The striking packaging seems minimal, but not to worry—they test-shipped a box to the East Coast and back. It got lost for a week along the way but returned entirely sound.