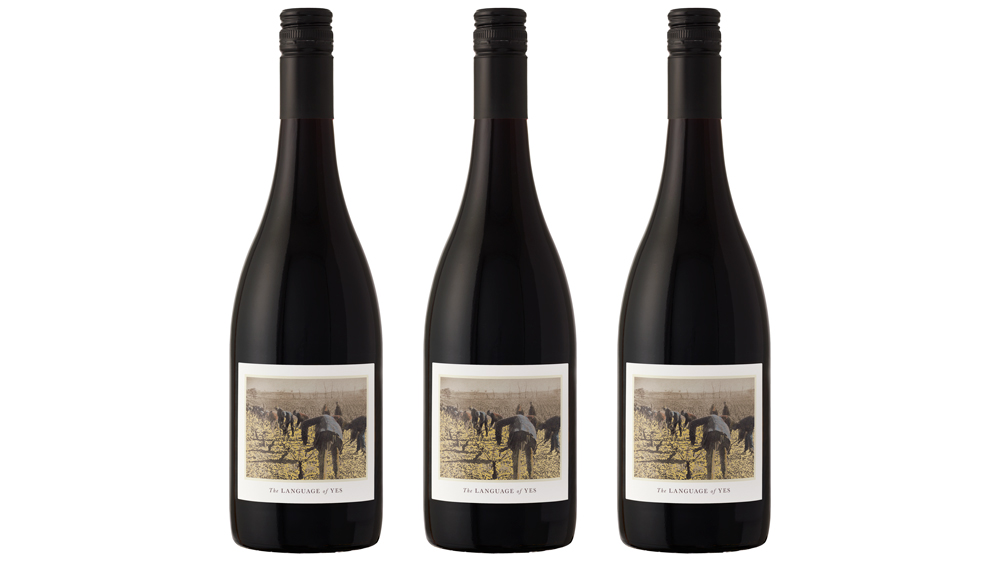 The Language of Yes

In 1989, when Randall Grahm—founder of much-loved Bonny Doon Vineyard on the west flank of California’s Santa Cruz Mountains—realized his lot was not to produce America’s greatest Pinot Noir but instead to nurture and champion the then-obscure Rhône varieties he was coming to love, he donned blue polyester and appeared on a cover of Wine Spectator as the original “Rhône Ranger” (spawning an influential movement that put West Coast Syrah, Grenache and their ilk on mainstream tables). And in the early aughts, when Grahm ditched traditional corks in favor screwcaps for most of his wines, he didn’t do it quietly. He staged funeral dinners on both coasts for one M. Thierry Bouchon (bouchon is French for cork, and Thierry a reference to the French for corkscrew, tire-bouchon)—a black casket housing said Bouchon, fashioned from many corks, welcoming guests; a black cello mourning in the corner; and a menu cloaked in black on the table (black squid-ink risotto, black mole-roasted venison). The scene reprised a decadent black banquet in Paris described by Joris-Karl Huysmans in his 1884 novel `A Rebours.

It’s safe to say that Randall Grahm has never played it safe as a vintner or a human being. But along the way he has challenged wine’s mainstream producers and become known for innovation and compellingly interesting wines—and for potent wisdom under that cerebral wit.

A new project from Grahm, then, holds no small interest for longtime fans of the brilliant Rhône iteration that was his Bonny Doon Le Cigare Volant, and news of his partner in crime this time around, no small measure of surprise. It’s the Gallo family, maker of arguably some of the world’s most quintessential mainstream wines (but also, it should be noted, Pahlmeyer, Louis M. Martini Winery, J Vineyards & Winery, Orin Swift Cellars and other notable brands), backing Grahm in a partnership for The Language of Yes, a new exploration of Rhône varieties (both well-known and obscure) from Rancho Réal Vineyard in Santa Barbara’s cool Santa Maria Valley. On its face, the unlikely mashup of styles—unconventional maverick on one side, likely complicated corporate layers (albeit family ones) on the other—might seem fraught with potential for creative limitations and cross-purpose agendas.

So I asked. Beyond the fact that the wheels might turn a little slowly from concept to implementation, according to Grahm, the upside of the collaboration is considerable—the “ability to pursue a number of research possibilities without getting stuck (too much) in the administrative function,” as he puts it. In short, Grahm wasn’t done with his Rhône work. “I remain curious about a number of subjects before I shuffle off this Merlot-coil,” he says. (Keep in mind that one burst of Grahm’s creativity produced a rewrite of Dante’s Inferno.) “I am particularly interested in the possibilities of ultra-cool climate viticulture (as at Rancho Réal, f’rinstance), especially its ability to express perhaps a higher aromatic octave, if you will, in any number of varieties, but in this instance Syrah, Grenache, Cinsault and Tibouren. Also quite interested in the clonal-biotypical variation of aforesaid plant material.”

With the resources of Gallo behind his research and execution, Grahm has produced a Language of Yes Grenache and Syrah employing the slightly unusual (but not unprecedented) step of air-drying the grapes for a bit before fermentation. A side-effect of the very slight dehydration involved is a small boost in alcohol (minimal—“we don’t want raisins,” he says), but the real goal is a “lignification of the grape rachis” (turning the stems from green to brown), to banish any herbal or vegetal character the cool-weather vines might harbor. His intention is to use about 50 percent whole clusters in the process for, as he says, “a slower, steadier (and cleaner) fermentation.” He got precisely the effect he was looking for in this first vintage. “I especially like the high-toned aromatics of the Language of Yes wines to date. Moderate in alcoholic strength, they have a real elegance to them that is often missing from New World wines.”

In fact, The Language of Yes 2020 Rancho Réal Vineyard En Passerillage Grenache hovers somewhere between the New World and the Old. Perfumed with rose petals, the nose combines vibrant red fruit—strawberry and pomegranate—with a touch of wild underbrush the French call “garrigue,” along with warm spices. Some density and phenolic textures speak to the air-drying process, while bright sour cherry is spiced with cloves and orange peel. The Language of Yes 2020 Rancho Réal Vineyard En Passerillage Syrah, as you’d expect, walks a darker path, with brooding aromatics of smoked meat, black olive, black pepper and resinous herbs layered under high-toned violet notes. Again, the palate is marked by density, weight and texture, but its generous blueberry fruit gets a lift from citrus-tinged acidity.

These new Rhône reds break ground in classic Grahm fashion. But what’s the story on the other side? What’s in it for the outsized mainstream family producer? Joe Gallo, vice president and general manager of E. & J. Gallo Winery’s Luxury Wine Group, makes sense of the partnership with a historic perspective. “It may seem like an interesting pairing,” he says, “but it’s a natural evolution for us to work with Randall. My grandfather Ernest and his brother Julio started our winery at the repeal of prohibition 89 years ago. Through tremendous change…there has always been a commitment to continuous improvement, a promise to leave the wine industry in a better place than when they started. We have incredible vineyards and relationships with outstanding growers, but great wines also need a unique vision. We provided Randall with a canvas—Rancho Réal Vineyard—and Randall created these fantastic, soulful wines.”

“Soulful” might be unexpected in corporate praise of portfolio wines, but in the case of these Central Coast beauties with a touch of Old World sensibility, most welcome. “Randall’s mind never rests,” says Joe Gallo. “He is only limited by his creativity—and Randall’s creativity is limitless.”