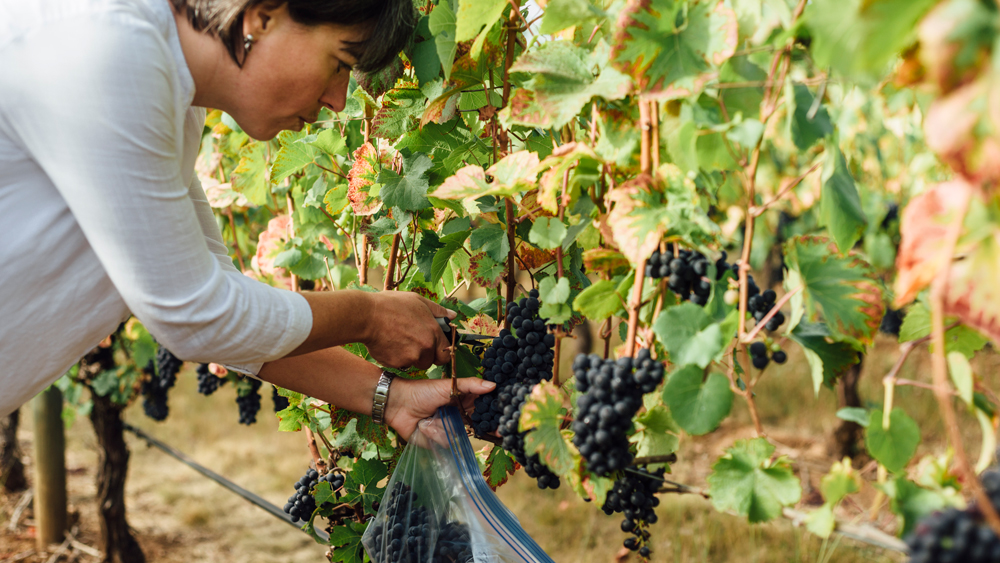 Oregon winemaker Isabelle Meunier might have learned her craft from some of the best winemakers in the world, but she believes the ground itself is responsible for the finest wines. In her words, “the celebrated wine regions of the world achieved their status by discovering and revealing, through exceptional wines, their greatest vineyards.” Burgundy is surely Meunier’s reference point for “greatest vineyards,” since she studied viticulture at the University of Dijon and then worked under Pascal Marchand at Domaine de la Vougeraie. But with her newest project—Lavinea—she has mapped a course for revealing world-class sites stateside through great single-vineyard Pinot Noirs.

Meunier isn’t the first, by any means, to sense a connection between the Willamette Valley and Burgundy. Draw a latitude line at 45 degrees around the globe, and it cuts midway through the valley—and the Côte d’Or. The cool weather patterns here, too, have much more in common with those in Burgundy than they do with those in, say, California’s warmer Pinot regions. In fact, the French themselves took notice long ago. More than 25 years ago, Burgundy’s prominant Drouhin Family established Domaine Drouhin Oregon to connect, as they put it, “French soul” with “Oregon soil,” and winemaker Véronique Drouhin has played an enormous role in establishing the now-superb reputation of the Willamette Valley.

Ironically, Meunier, a native of Quebec, was set on her path to Oregon by a fellow French-Canadian, the aforementioned Marchand at Vougeraie. He recommended her as overseeing winemaker for a new Willamette Valley project his friend—and French winemaking legend—Dominique Lafon was consulting for called Evening Land. The rest is history, as they say: Accolades followed, both for the winemaking and for the region.

With Lavinea, Meunier is committed to Willamette Valley. “There are only a handful of regions in the world,” she says, “where cool-climate Pinot Noir can show its best, Oregon included. I thought the Willamette Valley had huge potential, still somewhat undiscovered, and I truly wanted to be part of that discovery voyage, the conversation.”

At its best, says Meunier, Willamette Valley Pinot Noir “carries beautiful fruit character mixed with floral and fragrant herbal notes, like rosemary. There’s wonderful texture on the palate and stony minerality that carries a long finish, site dependent. You truly can feel the connection with the land on the best examples.”

With her single-vineyard Pinots, Meunier is searching for that connection, crafting wines that reveal the great spots. The nose on her 2014 Pinot Noir from Elton Vineyard in the Eola–Amity Hills AVA ($80) does hint at terrific terroir, with complex earthiness—a forest-floor quality—under dark red fruit and spice. That fruit isn’t shy on the palate! A rush of juicy raspberry is perfectly balanced between lush and tart, wrapped in silky textures through a lovely finish.