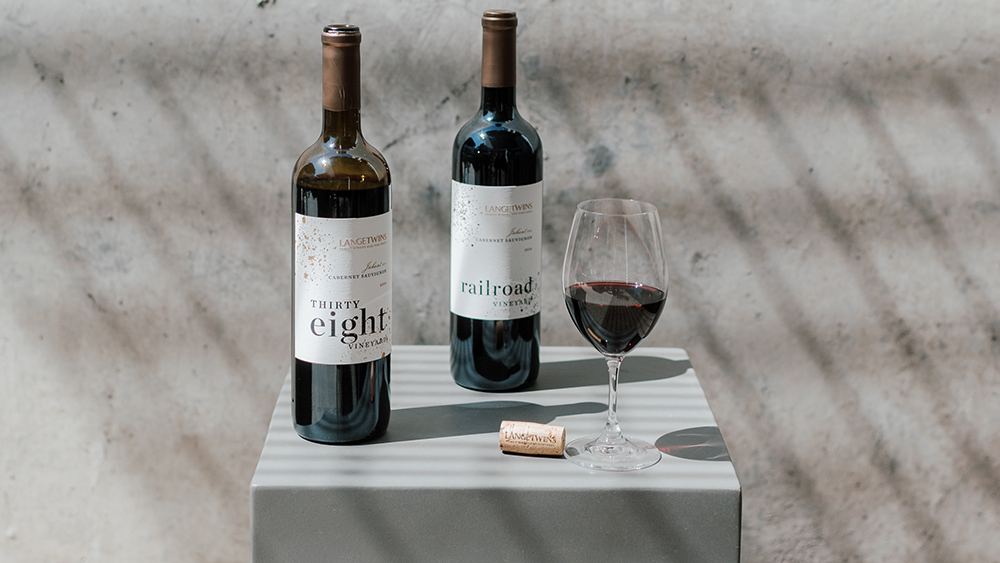 America’s largest wine-growing region is situated (mostly) east of Interstate 5 between Sacramento and Stockton in California’s Central Valley. Despite its size, Lodi hasn’t exactly covered itself in glory. The truth is, most lower-shelf, supermarket-wine consumers drink wine from Lodi every day of the year. They just don’t know it. The quality-to-price ratio of the region’s fruit makes it attractive to behemoth wine companies—the Gallos, Constellations and Delicatos of this world—who splash it into large blends to bump up the quality of their mass-market “California” bottles. And many of Lodi’s large growers continue to sell to those big players.

That’s not to say it hasn’t had brushes with greatness in the past. Yet, it has been a long time since important voices from inside and outside the region have urged an approach to wine beyond that commodity level. Around 1980, Robert Mondavi—who lived in Lodi as a child—formed a joint partnership with LangeTwins Family Winery. Mondavi and fourth-generation local grape growers Brad and Randall Lange sought to enhance the quality of Lodi Cabernet Sauvignon by studying causes and effects in the vineyard, attaching wine here for the first time to the concept of terroir (The quality fully reflected in LangeTwins single-vineyard Cabs today).

The lessons learned were pushed out to other grape varieties growing in Lodi—more than 100 now. And in recent years, more and more longtime growers have been bottling wine under their own brands, reflecting ever-better quality. And at the same time, well-known outside vintners—some young and approaching cult-level status with their “cool-kid” followings—have noticed the potential of the region and have bought vineyards here or are sourcing fruit for their own labels. Together, they’re producing a fascinating range of Lodi wines, with bright, aromatic character profiles that are themselves somewhat shocking, especially if your reference point is the now-dated big, ripe fruit bomb.

But isn’t it too hot?

In a word, no. Of all the misconceptions leading to Lodi’s underdog status, the belief that it’s a blazing-hot region capable of producing only glycerin-oozing, alcoholic reds is probably the most egregious. It’s simply not true. Sure, Lodi is a Central Valley region, but location is everything, as they say. Consider some of California’s other top-performing wine regions—Napa Valley, Paso Robles—inevitably there’s a cooling influence contributing to a balance between ripeness and acidity that keeps the wines fresh. Napa has its San Pablo Bay. Paso Robles has its Templeton Gap, letting in cooling breezes from the Pacific.

And Lodi has the Delta. Stretching east from the Carquinez Straight, the vast maze of waterways making up the Sacramento–San Joaquin Delta acts as a conduit, delivering cool coastal breezes directly to the seven sub-AVAs of the region and creating very much the same temperature patterns of the state’s other successful Mediterranean climates: warm, sunny days during the growing season, with large diurnal shifts at night, when temperatures drop dramatically. In fact, in temperature matchups, Lodi weighs in with similar numbers to St. Helena, source of many of Napa Valley’s prized reds. And talented winemakers—both veterans and young newcomers—are capitalizing on the propitious climate (to say nothing of well-draining soils, from deep, sandy loam to shallower sandy clay loam to gravelly or cobbled clay) to turn out both whites and reds that are on the cutting edge of style. All the newest buzzwords work here: fresh, tense, savory, minerally, textured and (my personal favorite) crunchy.

The American region to look to for old vines

Lodi boasts the largest acreage of old and ancient vineyards in the country—with the term “old vine” on a bottle generally indicating at least 50 years in the ground, and “ancient vine” kicking in over the century mark. The world’s oldest Cinsault vineyard resides here, with 25 acres of the variety in the Bechthold Vineyard, planted in 1886 by Joseph Spenker and still growing on their own roots (in the phylloxera-free sandy soil, grafting over to rootstock never became necessary).

While other plantings can offer up surprises—the occasional Mission vine here, Flame Tokay there or a full-on field blend—the old vine Carignane (also spelled Carignan, and more of the Southern Rhône red is planted here than anywhere else in California) is as much a treat as its cohort Cinsault. The 2019 Precedent from Spenker Ranch in the Mokelumne River AVA comes to mind. From Nathan Kandler, whose day job is making wine for Thomas Fogarty in the Santa Cruz Mountains, this fragrant, silky red is one of quite a handful of wines he makes under his own label from under-sung regions that deserve a turn in the spotlight.

It’s impossible, of course, to uncouple Lodi—and its old vines—from Zinfandel. And no less a Zin maker than Larry Turley has cut a swath through the region with at least six bottlings from single vineyards, all worth seeking out (if you can get your hands on them). Behind the Turley scenes, his winemaker, Tegan Passalacqua, developed so much respect for Lodi’s old head-trained, often dry-farmed and own-rooted vines that, with his wife, Olivia, he bought a vineyard here. And under his Sandlands brand, he makes Zinfandel and Carignane from Lodi, as well as wines from beyond. These vineyards dispense of the stereotype of a dense, jammy California Zinfandel. These newer Zins are perfumed and red-fruited, bright with acidity and refreshingly light on their feet.

The greatest Lodi whiplash, though, comes from the roster of beautiful white wines that has emerged in this traditionally red region, from Spanish and Italian varieties to German and, yes, Burgundian. On that last front, Chardonnay occupies a surprisingly large amount of territory (market forces at work, considering consumer demand). But as Heather Pyle Lucas, owner and winemaker at the oldest existing winery in Lodi, puts it, “whites aren’t so difficult to grow in Lodi that we have to do backflips.” And her fresh, lemony 2006 Chard belies two myths—first, that it’s too hot in Lodi to grow good Chardonnay, and second, that Lodi wines can’t age.

But credit for proving that Lodi has the climate to excel with crisp whites goes squarely to Sue Tipton, founder of Acquiesce, which only makes white wines (well, and pink). Having fallen in love with the whites of the Southern Rhône, she made the decision to devote her entire brand to them. With more myth-busting simplicity, she points out that “the climate here is very close to that in the Southern Rhône—historically during the growing season, only 2 degrees cooler during the day and 2 degrees warmer at night.” You can’t go wrong with any of Tipton’s varietal wines, but her 2020 Ingénue blend of Grenache Blanc, Clairette Blanche, Bourboulenc, and Picpoul Blanc stuns with its delicate florals, savory mineral and herb notes, and citrusy brightness.

At Mokelumne Glen Vineyards, brother and sister growers Brett and Ann-Marie Koth tend more than 50 German and Austrian varieties in their experimental “German Collection,” scaling up the most successful to commercial availability in the rest of their vineyard, from well-known Riesling, Grüner Veltliner and Gewürztraminer to Kerner, Bacchus, Dornfelder and Blaufränkisch. Swiss-born Markus Niggli brings a deft hand to the fruit, in wines like his Markus Wine Co. 2020 “nimmo,” a delightfully aromatic blend of Kerner, Bacchus, Riesling, and Gewürz.

Beyond the Rhône, Germany and Austria, numerous grapes have taken root in Lodi. For Markus Bokisch, born in Spain, he’s brought a passion for Iberian varieties—Albariño, Verdejo, Garnacha Blanca, Tempranillo, Garnacha and Monastrell. And at Bokisch Vineyards, which he owns with his wife, Liz, he’s making a good case that Grenache (you say Garnacha, I say Grenache) is emerging as one of Lodi’s great reds: Last year, in Spain’s International Grenache Competition, the Grenaches du Monde, the Bokisch 2017 Garnacha from Terra Alta Vineyard in the Clements Hills AVA won Gold.

That spicy, strawberry-bright Bokisch Garnacha; a perfumed Maître de Chai Zin rosé; the exciting Black Diamond whites from Peltier Winery & Vineyards, from Sauvignon Blanc to Vermentino …these are not flukes. The consistent climate of Lodi, with its persistent Delta breezes, captured by serious winemaking talent, is creating a very modern success story out of more than 100 grape varieties, including the latest—Assyrtiko, the legendary salty, minerally white from Greece’s Santorini Island. It’s not in the bottle yet, but it’s in the ground—Jeff Perlegos’s Stampede and Perlegos Vineyards. His last name gives him the right to try.