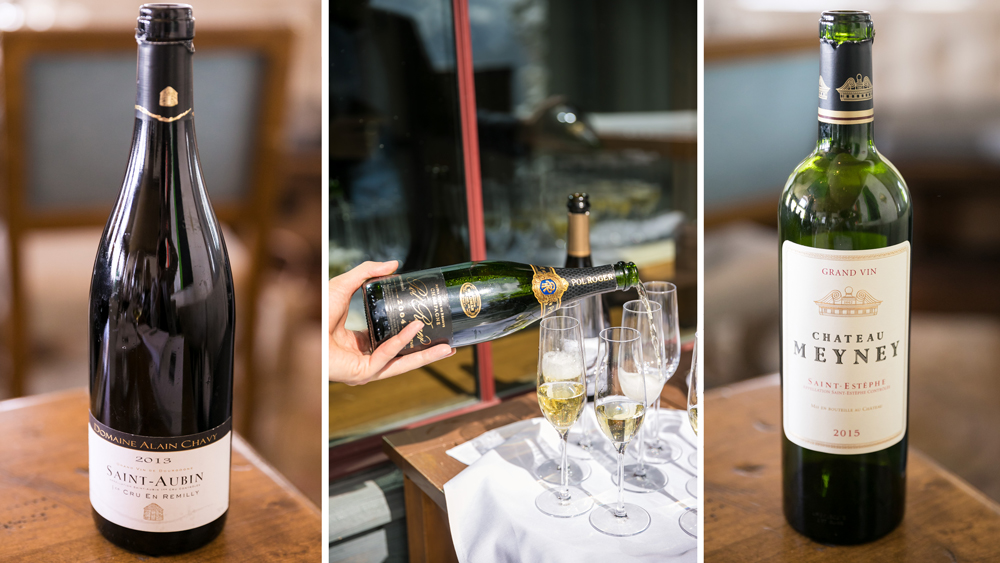 For the second consecutive year, The Little Nell Wine Academy — held April 8-11 in Aspen — offered guests a comprehensive course in wine taught by some of the world’s premiere experts. In a departure from the 2017 academy, which covered fermented grape juice from all over the world, this year’s curriculum focused solely on France. Led by the Nell’s wine director Carlton McCoy, with an assist from fellow Master Sommelier Jay Fletcher, the two-and-a-half-day course featured in-depth analysis of the famed wine regions of Bordeaux, Burgundy, and the Rhône.

McCoy, Fletcher and a team of seasoned somms covered the fundamentals of viticulture (work done in the vineyard that affects the wine) and viniculture (work done in the winery that affects the wine), and defined oft-misunderstood oenophilic terminology such as trellising, rootstock, and malolactic fermentation. Attendees also learned the ins and outs of reading French wine labels, and nuggets such as the Loire Valley boasts the greatest diversity of wine styles in France and that 2010, 2014, and 2015 are among the most highly regarded recent vintages in the Côte de Beaune.

Tastings, which were plentiful, revealed that Burgundian Chardonnay shows higher acidity and lower alcohol than its American counterpart, and that the fruity, juicy red wines of the Corbières appellation of the Languedoc are easygoing, like a mid-week Merlot. Among the fine wines sampled were Joseph Drouhin 2015 Chambolle-Musigny (Côte de Nuits, Burgundy), Andre Jacquart Brut Experience 1er Cru Blanc de Blancs (Champagne) and Hugel & Fils 2012 Riesling (Alsace).

Guests were coached on how to evaluate wine like professionals, with an emphasis on blind tasting and identifying varietals via sensory evaluation. Fletcher explained how to zero in on a grape varietal simply by examining the wine’s hue, clarity, legs, and concentration. For instance, if you hold your thumb up and can see it through the red wine in your glass, it’s definitely not a Syrah or Cabernet Sauvignon.

The program also included a black-tie dinner and a private cellar tour replete with rare and old Cognac, Armagnac, and Calvados.

At the conclusion of the course, attendees were administered a two-part exam in the vein of that taken at the Court of Master Sommeliers. It involved blind tasting and identifying two wines — a white and a red — using all the tools they’d been given. Impressively, nearly all of the attendees aced the test. The masters had taught them well.

The 2019 Little Nell Wine Academy will occur from April 7-10 and cost $2,750 for the two-and-a-half day course, which includes wine, meals and activities. Preferred room rates for the event will be available for $225 per night, single or double occupancy. For information about the 2019 program, contact Melina Glavas at mglavas@thelittlenell.com or call (970) 920-6322.