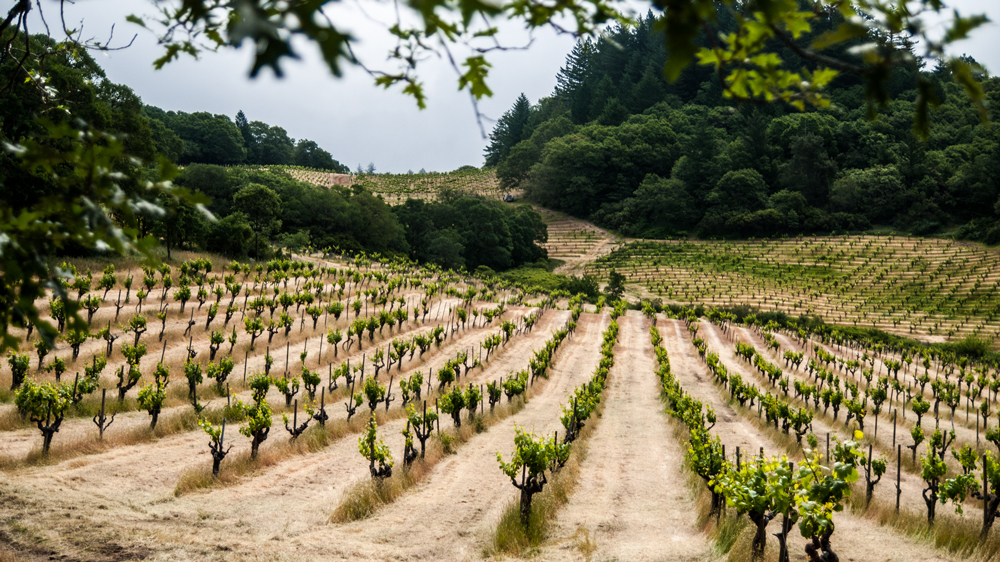 It’s a memorable winery that’s named for the mountain range it calls home. And it’s a significant winery that can claim 125 vintages. With its 2014 Cabernet Sauvignon—releasing this month—Napa Valley’s historic Mayacamas Vineyards crosses that milestone. The wine also represents the first full growing season and harvest under new ownership; the Jay Schottenstein family (retail and real estate mavens) took the reins in 2013. With the confluence of these elements, what better time to check in with Mayacamas and take a taste?

High on Mount Veeder, at the southern end of the Mayacamas Range separating Napa and Sonoma valleys, the estate’s 52 acres of vineyards are planted between 1,800 and 2,400 feet above the valley floor in a region that, because of its cool mountain climate, lays claim to the longest growing season and the lowest yields in Napa Valley. To date, Mayacamas wines have been the stuff of legend—picked early and released famously late after years in neutral oak and bottle. It was a formula calculated for a long life in the cellar.

In many ways, time in Napa Valley has moved past Mayacamas; wine styles have evolved. A taste for lusher, riper reds pushed vintners to pick later—maybe at the expense of longevity, due to lower acidity levels, higher sugars, and über-ripe tannins. But the newer drinking public wasn’t known to leave a wine to lie for long anyway (we’d estimate perhaps 20 minutes—the time it takes to get the bottle home from the market and pull the cork).

The Schottensteins have installed a new team on the mountain, and if past is prologue, the iconic wine is in good hands. Winemaker Braiden Albrecht is working with Andy Erickson, whose résumé could stand in for a who’s who list of Napa Valley’s most notable brands: Harlan, Staglin, Screaming Eagle, Ovid, Dalla Valle, and Favia, which he owns with his wife. Renowned viticulturist Phil Coturri is taking the vineyards organic. And Brian Baker, formerly with Chateau Montelena, has come on as general manager.

What the new team won’t be changing, according to Baker, is Mayacamas’s old-school winemaking, citing an “early harvest to preserve acidity, open-top cement fermentation, extended aging in neutral oak ranging from small barrels to large foudres, some of which are nearly 100 years old. This approach to winemaking,” he says, “has been maintained here since the 1940s.”

As Baker describes it, though, the winery is far from wallowing in history. Upgraded infrastructure and equipment allow for more precision, efficiency, and quality control. New heating and cooling capability better controls fermentations. And, most promising of all, the estate vineyards are being replanted, a process that will be completed next year. This was done to pull any vines that were diseased, burned, or at risk of phylloxera as well as to replenish the soils (some of the land was left fallow to give the soils a chance to regenerate before the replanting). It also allowed the team to rethink certain blocks and convert some over to a different varietal as they plan for the future.

The Mayacamas 2014 Cabernet Sauvignon Mount Veeder, Napa Valley ($125)—an early snapshot of the transition—is fresh and bright, with a counterpoint of sweet fruit and savory earth elements. Red raspberry, fresh herb, warm spice, and pepper notes are delivered with the highly textured palate that comes from firm but elegant tannins, with a layer of slate underneath.

Soon, says Baker, new experiences (yet to be revealed) are to be had on the Mount Veeder Estate that will allow guests to “better connect with the place, the vineyards, to gain a deep understanding of our process. Ours is a style that is not typical of current Napa Valley. It takes a visit and a well-told story to understand what we’re doing up here in the crater of this old volcano.”