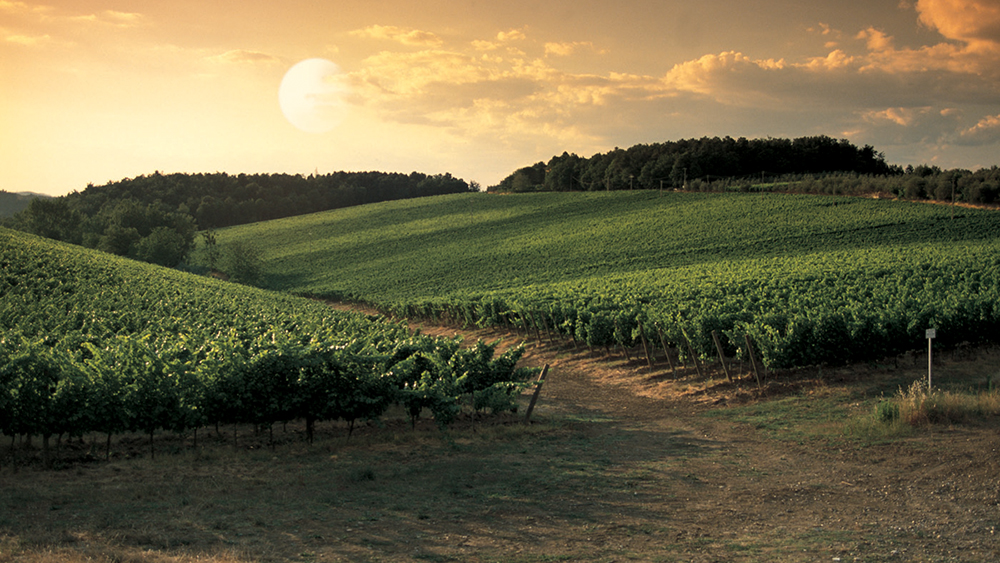 Cabernet Sauvignon deserves the most time in your cellar, right? The variety’s firm tannin structure needs a few years to mellow into elegance—or so conventional wisdom would have it. Tonight, though, we suggest pulling a wine from the cellar that plays devil’s advocate on that front: a very young Tignanello from Marchesi Antinori. And yes, incidentally, we’re talking about Duchess of Sussex Meghan Markle’s favorite wine, the one that inspired her now-defunct blog, The Tig.

Tignanello can age, of course—beautifully. Pioneering as the original Super Tuscan, Tignanello was the first Sangiovese-based wine aged in small oak barrels, the first modern-Italian red to incorporate a nontraditional variety (the Sangiovese-based blend includes 15 percent Cabernet Sauvignon and 5 percent Cabernet Franc) and was among the first reds in Chianti made without white grapes (which used to be mandatory). Alessia Antinori, director of winemaking among the three sisters now heading up the ancient (think 600 years ancient) Italian wine family’s operation, explains the character she likes in an older Tignanello: “It gets that structure and balance that I would define as an elegant wine—that it can only achieve through years of aging.”

That said, Antinori argues, “We also try to produce wines that, when released, are ready to drink.” And indeed, the 2015 Tignanello ($135) has a graceful intensity now. Plush blackberry and vibrant red fruit hang on a supple tannin structure, with layers of earth, leather, licorice and spice unfolding on an endless finish. It’s perfectly balanced in this moment, as it might be—though differently—in a few years.

And it’s in its youth that the Tignanello makes a counterintuitive argument. Or rather, Antinori does. “The Cabernet in the blend,” she says, “makes the wine readier to drink because of the softness it brings to the Sangiovese.” “Soft” and “Cabernet” don’t often share a sentence in the context of young wine. But stipulating that, where do Tignanello’s tannins—a pillar of its potential—come from? “The Sangiovese, with its tannins and acidity, makes the wine perfect for aging,” explains Antinori. And therein lies a good reminder, whether or not you associate firm tannins with Sangiovese: Acidity is vital to a wine’s longevity.

It’s also a critical character for a wine to go well with dinner—which the 2015 Tig does in spades. The right partner is almost too obvious: Bistecca alla Fiorentina, that platter-sized slab of rare beef that draws carnivore foodies inexorably to Florence. And Antinori confirms that a Chianina steak is her choice, referring to the breed of enormous draft cows that once worked the land and are now raised for the Florentine specialty.