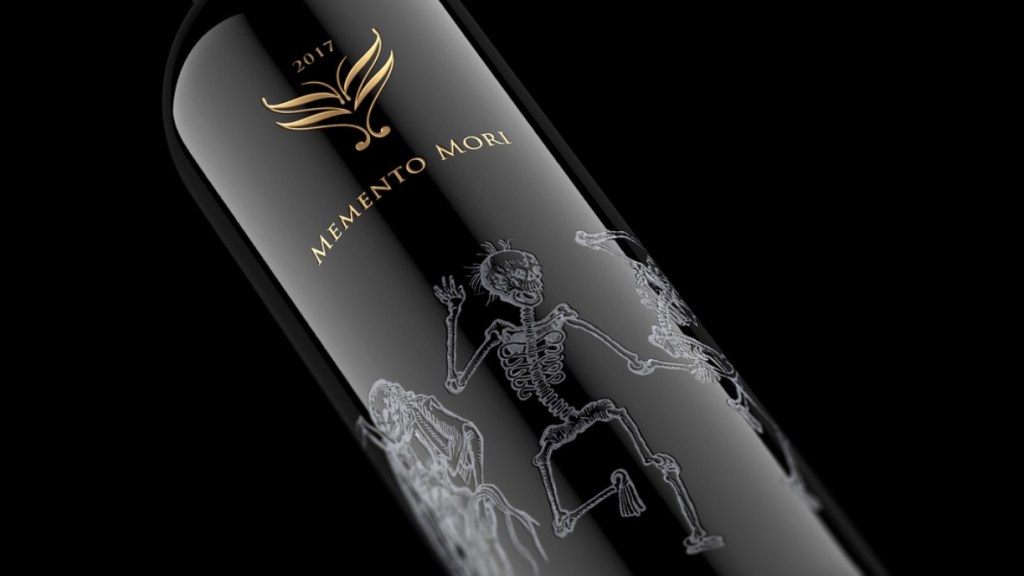 While he was in college, Hayes Drumwright was diagnosed with an aggressive form of cancer. He was able to pull through, but it had a profound effect not just on him, but on his college friend Adam Craun and high-school buddy Adriel Lares. The brush with death unsurprisingly made the three of them decide that life really was for living. After establishing successful careers separately, their mutual love of wine drew them to Napa with the desire to open their own winery. “We started this project in our early 30s, because we didn’t want to wait until we were in our 70s to attack life, so we started with not very much money,” Craun says. So they pooled their own money to buy an oak barrel, some grapes and created their first vintage in 2010. They named the project Memento Mori, a popular old Latin phrase meaning “remember you must die” which they chose to translate slightly differently in order to honor the promise they made each other some years before: Remember to live.

With winemaker Sam Kaplan at the helm and agreements to buy fruit from outstanding vineyards like Beckstoffer rather than invest in their own land, the trio began building their production—and started turning heads. It culminated with Memento Mori’s 2016 vintage earning raves from influential critics such as Robert Parker and Jeb Dunnuck. They’ve since grown to three single-vineyard designates and their flagship blend, with bottles regularly fetching $225. And now, they’ve introduced their Vanitas release, using the same winemaking methods and attention to detail, but producing a wine to crack open right now. It’s a bottle you can buy exclusively through Robb Report’s newest Rare & Fine collection.

On the latest Robb Report Live, Editor in Chief Paul Croughton is joined by Craun to discuss how the three friends created their dream winery, built credibility in a crowded Napa Valley and why they decided to launch their new Vanitas bottling. Check out the full interview below.

Odds and Ends and Additional Notes