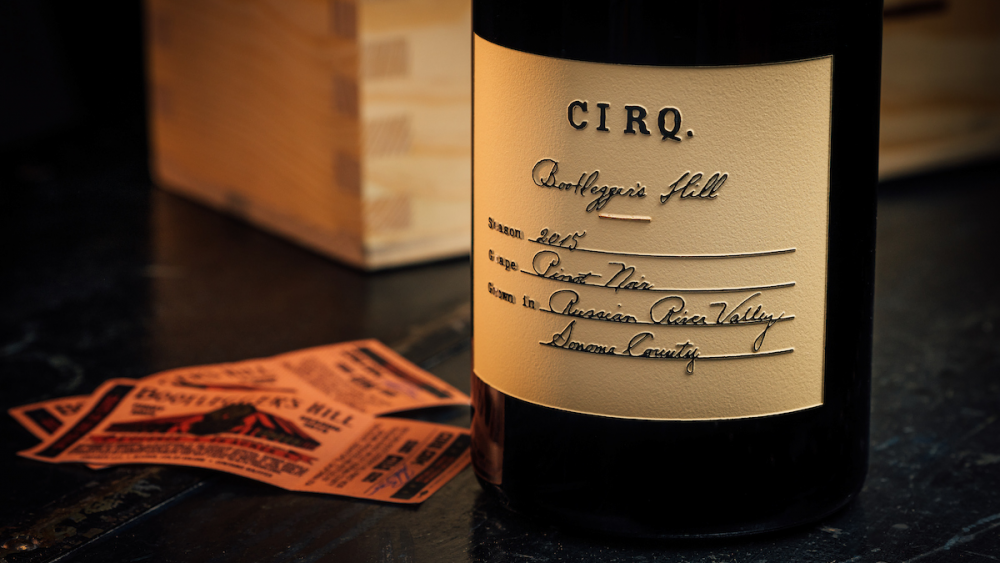 In the late ’90s, Michael Browne and Dan Kosta famously made a single barrel of Pinot Noir. The rest, as they say, was history.  Kosta Browne Pinot Noirs garnered so many fans over the years that allocations became prized commodities, and wait times for their mailing list long.

Looking back, Browne admits that those early Kosta Browne wines were very ripe—”too big at first,” he says. Browne and Kosta worked to tone them down, although, to be sure, they were never “anorexic,” according to Browne. And judging by the shoulder-tight crowds of members who came out to celebrate at the winery’s legendary release parties, fans of the wines (headlined by single-vineyard offerings) evolved in their taste with the winemakers’, maturing through their overly hedonistic days into a more refined style.

“It took years to figure it out,” says Browne. And about a decade ago, as they began achieving elegance in single-vineyard Kosta Browne Pinot Noirs, Browne also launched another brand: CIRQ. It was an opportunity to design a wine business the way he wanted to, he says, and, admittedly, “it was an exit strategy too.” By this time, Browne was spending more time in the office than on making wine. But as often happens through investor changes, control of CIRQ wound up in Kosta Browne’s ownership—until last year.

Now, Browne has extracted CIRQ from the corporate picture and is embarking on a new path for its wines—or, more accurately, its wine. Because Kosta Browne’s new owner (Duckhorn Wine Company) retained key vineyards Browne had used for his vineyard-designated CIRQ Pinots, he lost some of his sources. But, as Browne says, “I’m a blender. For any wine—appellation-wide or single vineyard—I blend. And now I can make one wine from other great sources across Russian River Valley, blended down to the finest expression. I can work with more tones—darker, lighter … I have more freedom to offer the ultimate effort.” And as of the 2017 vintage, CIRQ will have one signature Pinot Noir.

Browne’s goal for the wine is hard-won elegance—clean, precise flavors. If there’s raspberry on the palate, he wants a burst of the fresh fruit, ripe… but not too ripe. He’s not looking for high alcohol or low, not 15 percent or 12 percent. Just that Holy Grail of perfect balance between ripeness and finesse.

It’s a bit of a high-wire act. But as it turns out, Browne knows a thing or two about high-wire acts, and therein lies the tale behind the winery name. When he was 12 and growing up in Washington state, as Browne tells it, his best friend was “one of the trapeze guys” at the local circus. The pressure was on to join the ranks, but he was intimidated (you think?!). The unicycle team gave him a manageable start, though, and, in rather mind-boggling progression, he moved through fire-eating and high-wire acts until he was actually the catcher on the flying trapeze.

What’s all this got to do with making great Pinot Noir? As Browne describes it, the learning curve is a similar journey. “In 1997, I knew nothing about making wine. But you practice, you put in hard work, you get bumped and bruised, but you’re rewarded in the end.” And the CIRQ brand is an homage to all the artists—the producers of great food, art and, yes, wine—engaged in performances for the benefit of others. Creating something that will make us happy.

At the vineyard  Photo: Courtesy of CIRQ

It’s true that Browne’s 2017 CIRQ, his first blended Pinot (likely in the $130 range), won’t make us happy for a while yet. Consider the news a heads up to start working on that mailing list. And to make advanced plans to visit the new winery sometime next year, because Browne’s Russian River Valley acquisition included a vineyard, winery facility and house, which he’s remodeling to give members a rich experience in the wine’s new home.