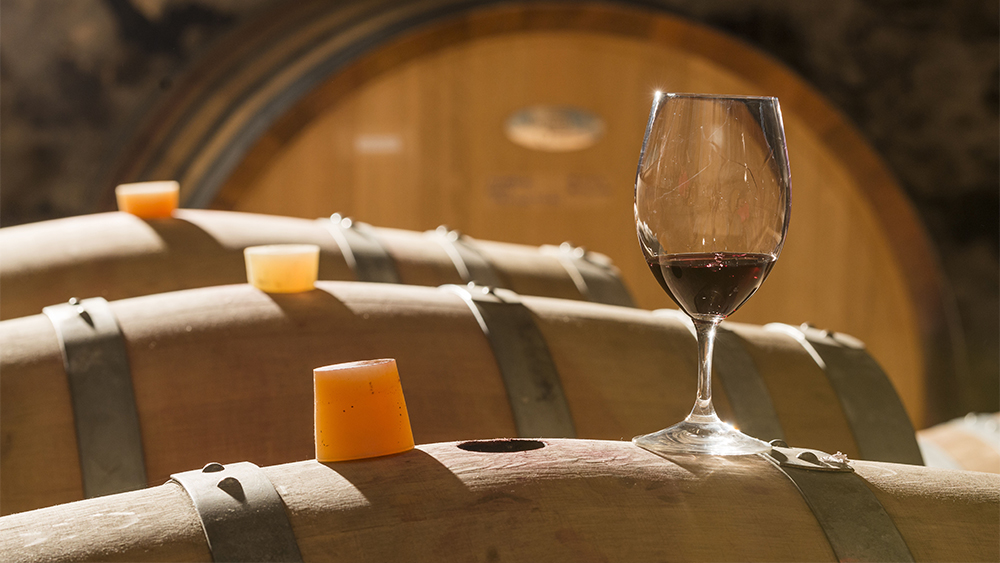 If you have taken part in a wine tasting, read an article about wine or even glanced at the back label of a bottle of wine it is likely that you have encountered the word minerality. But defining what that means exactly is where the problems can start—even wine experts disagree on what it is and how it expresses itself in the glass.

Minerality refers to a flavor profile and often a palpable sensation in the mouth. The flavors described generally have to do with rocks or fossils, such as stone, river rock, flint, gravel, slate, asphalt and oyster shell. There is also a sense of salinity, often derived from volcanic soils, that is a component of mineral-driven wines. This is different than other earthy flavors such as forest floor or peat. When we host tastings, very few people will own up to having licked rocks as a child, but almost everyone has gotten a stray bit of oyster or clam shell in their mouth and can recall the taste and texture. Most of us can remember the scent of a chalkboard or pencil lead from our childhood and even those who have never fired a gun are familiar with flint or gunpowder from 4th of July firecrackers.

When minerality is discussed, it is often a quality ascribed to white wine such as Riesling, Assyrtiko, Sauvignon Blanc or Burgundian Chardonnay. One reason we may not hear about minerality in red wine so much is that the oak used for maturation may mask the flavors and aromas associated with minerality, although two reds that are sometimes described as having mineral qualities are those from the volcanic soils of Mount Etna in Sicily and the shale and quartz vineyards of Priorat in Spain. A prime example of the mineral-driven style is Chablis in the northernmost reaches of Burgundy, whose wines are made with 100 percent Chardonnay. The wines have a distinctly different character than the oaky, buttery style that is more prevalent in Napa Valley and further south in Burgundy.

Walking through the vineyards of Chablis you can see abundant fossilized oyster shells that date back 150 million years to the Upper Jurassic period, when this area was at the bottom of the sea. Dig a bit and you will find calcified ammonites, spiral-shaped cephalopods from the same era. While vineyard soil is a discussion for another day, the grey limestone here is called Kimmeridgian, named for the village of Kimmeridge in Dorset, England, where it was first identified. As Thierry Bellicaud, president of Domaine Laroche in Chablis told Robb Report, “The Kimmeridgian limestone soil, which is unique to this area, delivers all needed nutrients for the balance of the vines. The terroir nurtures the vines which then express its personality in the grapes.”

Asked how soil composition influences one of Domaine Laroche’s wines, Bellicaud referenced its Chablis Grand Cru Les Blanchots, “Les Blanchots is a unique terroir made of a layer of white clay on Kimmeridgian limestone with ammonites. This is the ideal combination to keep the right amount of water for the roots. The southeast exposure allows slow ripening and favors aroma development. It is one of the areas in the appellation where you can easily find oyster fossils (called Exogyra virgula). The Grand Cru Les Blanchots is delicate, refined and silky in texture.”

Assyrtiko from Santorini is almost always described as possessing a mineral quality as well as a touch of salinity, which can be attributed to the black volcanic soil in which it grows as well as to the Aegean Sea spray that wafts over the island’s vineyards. Mosel Valley Riesling’s leanness and flinty character is said to come from the red and blue limestone in which it is cultivated.

Italy’s Soave region is also known for the minerality of its wine. Alessio Inama, third generation family leader and director of sales, marketing and communication at Inama Azienda Agricola told Robb Report, “Soave Classico is a volcanic region with soil made up of basaltic rocks, volcanic tuffs and ashes that date back 30 million years. The soils offer minerals in their natural form, which impact the composition of the plants themselves. In the case of grape vines, the soils have a major influence on the resulting flavors of the wines, which are mineral and floral.”

Known for their scrupulous mapping of micro-plots within their vineyards, the Inamas produce several different Soave wines, which are made with the Garganega grape. Inama I Palchi Foscarino Grande Cuvée Soave DOC is crafted from the family’s best plots on Monte Foscarino. Inama went on to explain, “The soil of Foscarino is a mix of pure magma, ashes and basaltic rocks that deteriorated over millions of years into a dark clay that is extremely rich in minerals. The grapes coming from those 40-year-old vines have strong personality, great intensity and texture, delivering a complex bouquet of white flowers, citrus notes and flinty sensations.”

While the sensation of minerality can be less obvious in red wines, Spanish Garnacha and Sicilian Nerello Mascalese are two grapes that often exhibit it, thanks to both the locales from which they hail as well as the often-judicious use of oak. The slopes of eastern Sicily’s Mount Etna are covered with volcanic soils composed of pumice, black ash and basalt. Priorat, a region close to Barcelona in northeast Spain, is blessed with black quartz, slate and mica soils called llicorella. Here you will find vineyards covered with small fragments of black and grey striated rock sitting atop blue and red soils embedded with the same.

Ricard Rofes, winemaker at Scala Dei in Priorat, refers to its Mas Deu vineyard as one of the wineries “jewels.” The origin of Scala Dei Tribut and Masdeu, it sits 800 meters (2,625 feet) above sea level. Rofes told Robb Report, “In this elevated area the clay and limestone soils are ideal for growing Grenache, giving the wine that touch of acidity and freshness that makes it unique. The red-clay soils and the altitude of the vineyards located in the lap of the Sierra de Montsant give it freshness and the llicorella soils impart a genuine imprint. Our wine is the pure expression of the fruit and the terroir with a distinct personality.”