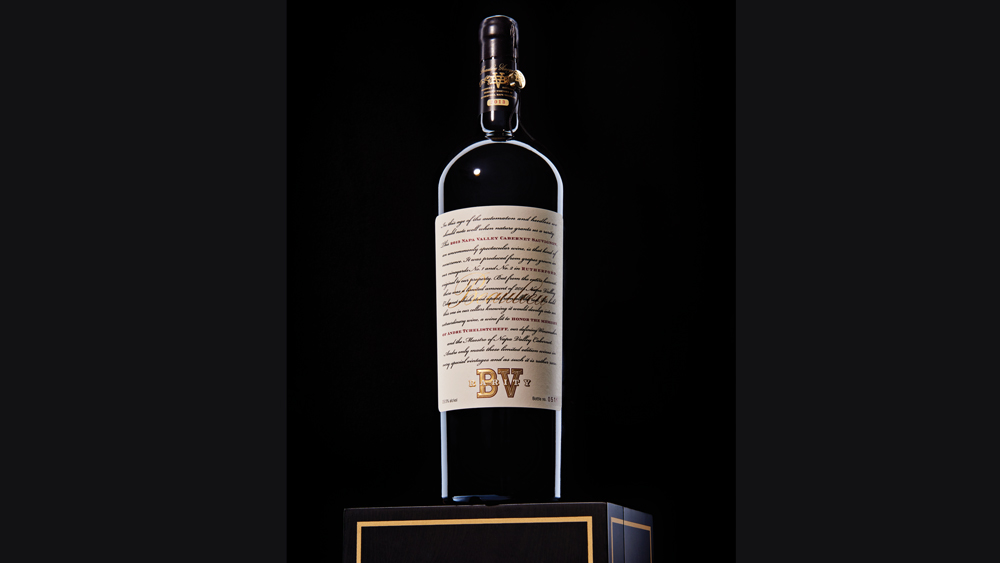 For only the fifth time in the 117-year history of Napa Valley’s iconic Beaulieu Vineyard, a more intense, limited edition of the coveted Georges de Latour Private Reserve Cabernet Sauvignon—the 2013 Rarity ($1,200)—has been released, the first such bottling in more than 20 years. Originally created by BV’s legendary winemaker André Tchelistcheff, BV Rarity is produced only in extraordinary vintage years. This latest rendition is the first Rarity available only in magnums, which ensure a slower, more graceful aging over the span of decades.

“While 2012 was a great vintage, the 2013 vintage was spectacular,” says Jeffrey Stambor, BV’s fourth winemaker. “The first of the drought years, it resulted in tremendous concentration and vibrancy of fruit.”

Composed of 90 percent Cabernet Sauvignon and 10 percent Petit Verdot, the 2013 Rarity was aged 22 months in new French and Russian oak barrels, and then given a year of bottle aging. It pours with an unbelievable density of dark fruit yet possesses a soft, velvety dryness layered with massive power and weight. As for aging: “At 10 years, it will start to get interesting,” Stambor predicts. “This is a wine that can easily age for 30 to 40 years.”