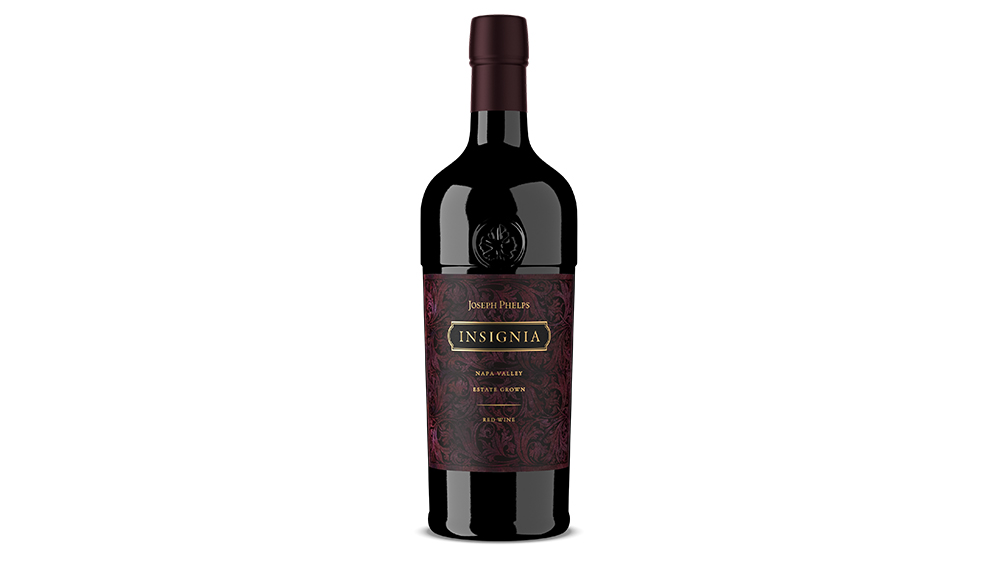 In recent years, the bragging rights for a bottle of wine—especially the West Coast’s Bordeaux-style reds—have increasingly come from a prominent vineyard name on the label, designating that all (or, legally, most) of the fruit came from that vineyard. Cause and effect can probably be argued, but the phenomenon certainly coincides with winemakers’ growing focus on fine-tuning the unique expression of an individual place, as opposed to recreating a popular—or high-point—style.  This practice is giving single vineyard–designated wines fascinating individual character differences, and collectors’ cellars greater variety and interest.

Exhibit A on the arc of the trend is Napa’s legendary Eisele Vineyard, first named on a label by Ridge Vineyards’ Paul Draper all the way back in 1971. Eisele has evolved into one of the valley’s most sought-after single-vineyard bottles made by the Araujo family, who bought the land in 1990 and brought on acclaimed winemaker Françoise Pechon in 1993. Wine lovers can take it from there and name the increasing number of Napa vineyards to chase, starting with Beckstoffer To Kalon (or Beckstoffer anything, really).

But today I’m sipping Insignia, Napa Valley’s original Bordeaux-style blend, created by forward-thinking Joe Phelps in 1974 and, since 2004, blended not only from Bordeaux varieties but also from estate vineyards in St. Helena, Rutherford, Oakville, Stags Leap District, Oak Knoll District and South Napa Valley. The 2018 ($315), inky and perfumed, keeps offering more beauty as it unfolds, with earth and anise and floral aromas evolving to blue and black fruit spiced with cedar, cloves, and mint, then flowing across a generous and juicy palate with black raspberry and plum, dark chocolate, super-fine tannins and endless length.

On the other hand, does the wine give up anything for not displaying an unusual streak of mountain herbs, say, or site-specific eucalyptus notes subtle enough to be distinguished? Brooke Bobyak, who blends from great Napa Valley sources for Far Niente’s Bella Union label (and who used to make single-vineyard wines for Nickel & Nickel), argues that the goal in blending is to respect the character of each vineyard in the process of crafting the best possible wine. She spins the elements in the context of music: “One instrument, when played on its own, like a violin, can be very elegant. But when you add and layer in multiple instruments from multiple musicians who play well together, a harmonious symphony is formed.”

Chris Carpenter, winemaker for the much-awarded Cardinale Cabernet blend, as well as single-vineyard wines under other widely acclaimed labels, gives the music analogy even more layers in terms of the understanding and skill necessary to make a delicious composite. “Great composers and song writers understand the highs, lows, timber, tonality, dynamics, and rhythm of sound. Flavor has a lot of those same characters, and blending wine for me is a way to bring the individual aspects of the singular wines together. Think of a great orchestra, with its different sections—the brass, the strings, percussion, winds. Each is playing and contributing a unique sound to the overall piece of music. And you as the listener enjoy that for the complexity of sound, the emotion it sparks, the memories it unearths and the shared experience with the audience.” (Pause here, just to appreciate the poetry and metaphorical acrobatics from Carpenter.)

“Wine is exactly the same,” he concludes, “except you’re experiencing it as flavor combinations by way of the blending process.” And indeed, the seamless power and complex layers of minerality, dark chocolate, and dark fruit in his 2018 Cardinale Cabernet Sauvignon ($325)—which, according to Carpenter, includes 7 appellations and 32 individual wine lots—seem easily capable of inspiring profound emotion and memories.

If notes from a single violin can be exquisite, and the layers of sound from an entire orchestra grand, does it follow that a wine blended from different vineyards in Napa Valley, say, can actually be greater than the sum of its parts? Sam Kaplan, winemaker for Memento Mori, whose flagship wine is a blend of the best fruit from multiple legendary vineyards chosen off the top before he creates single-vineyard wines from those same sources, says yes. “Blends make it possible to take the best from some of Napa Valley’s top vineyards and make something altogether new and entirely original. Though those sites can speak for themselves in single-vineyard designates, I love getting to play matchmaker with some of the best vineyard sources from throughout Napa Valley and tasting how phenomenal the final result can be in the bottle.”

Adriel Lares, one of the three co-founders of Memento Mori, drives the greater-than-parts point home for non-musicians. “If you ask Chuck Daly if he was grateful that he got to coach competitive legends like Michael Jordan, Larry Bird, and Magic Johnson all playing for the same team [that would be the Olympic “Dream Team” of 1992], I think the answer would be an emphatic ‘yes!’” His best current evidence is the Memento Mori 2018 Cabernet Sauvignon ($225, sourced from five vineyards), in which lush blackberry liqueur swirls with hints of florals, mocha, exotic spice and crushed rock against an elegant ripe tannin structure.

When Bart and Daphne Araujo sold the above-mentioned Eisele Vineyard in 2013 and, with the next generation, Jaime and Greg Araujo, launched a new flagship wine—Accendo (still working with Peschon and adding winemaker Nigel Kinsman to the team)—they ditched the single-vineyard model. As Bart Araujo explains, they had tasted many old Napa Valley reds, blended from great sources throughout the region, and were impressed with their freshness, their deliciousness when they were young, and their ability to age for a very long time.

“You can make exceptional wines from single vineyards,” he says, “but they’re even better together”—with the caveat that the vineyards have to be compatible, with soils that are “cousins,” as he puts it. Blended from Sleeping Lady, Vine Hill Ranch, and Ecotone Vineyards, as well as Diamond Mountain, the 2018 Accendo (100 points from Vinous) is powerful but plush, savory notes layered with ripe plum and black raspberry for perfect balance.

The 2018 Accendo blend is powerful yet plush.  Photo: Courtesy of Accendo Cellars

But What About Terroir?

But, but, but … in co-mingling fruit from separate vineyards, even AVAs, don’t you lose a sense of place? That concept of terroir that has been elevated as winemakers pull back on character-crushing ripeness and focus on accentuating the unique flavors of individual blocks of land? These vintners don’t see it that way. Carpenter maintains that if a vineyard is farmed to coax out its greatest expression in the fruit, that wine will bring its best self to the blend, adding its voice to the terroir of the broader region. His job, he says, is to know the specific profile that defines a vineyard, and preserve it. The wine is about place—and vintage—whether it’s vineyard-designated or a blend of multiple sites.

Having enjoyed all these wines in an embarrassingly short stretch of time, I can report that they are very different from one another. These winemakers aren’t blending toward a common denominator–instead, they’re skillfully combining fruit from great sites, expressing unique and delicious cross sections of Napa Valley.